Fan Bingbing is one of China’s highly paid and influential actresses and singers. She first made it big on the television serial ‘My Fair Princess’, which was produced in Taiwan. Later she started working in mainland China with Huayi Brothers and starred with them in a number of Chinese television serials. She went on to act in movies and started her own production company under the banner of Fan Bingbing Studio. She also took up the post of principal in the arts school run by her parents and became the team leader of a web movie group that produces television serials. She has participated in the reality show, ‘Challenger’s Alliance’ and has appeared as a jury in a couple of variety shows. Her debut studio album, ‘Just Begun’, was a super hit in China. She was ranked first on the ‘50 Most Beautiful People in China’ and topped the ‘Forbes Chine Celebrity List’. She is the co-founder of the project titled ‘Heart Ali’ which helps Tibetan children suffering from congenial heart disease. She has contributed huge amounts to charity from her earnings. She has a large following of fans on social media. Chinese People
Chinese Women
Virgo Singers
Women Singers
Virgo Actresses
Childhood & Early Life
Fan Bingbing was born on 16 September 1981 in Qingdao, Shandong, China to Fan Tao and Zhang Chuanmei. She is of Han Chinese ethnicity. Her family later moved to Yantai city in North-eastern Shandong, where she was brought up.
After completing high school, she earned a degree from Shanghai Xie Jin Film and Television Arts College and went on to learn theatre from Shanghai Theatre Academy. She was interested in acting and started with minor roles at the age of 16.
Continue Reading Below
You May Like

See the events in life of Fan Bingbing in Chronological Order 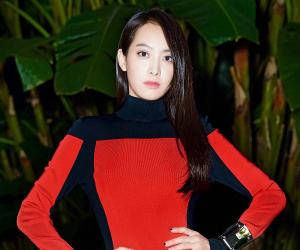