Advanced Search
Tony Abbott is an Australian politician who served as the 28 Prime Minister of Australia and has been a member of parliament for Warringah since 1994. After graduating from Oxford, Abbott worked as a journalist, manager, and political adviser. Abbott was appointed Director of Australians for Constitutional Monarchy in 1992. After the 1998 elections, he was first appointed to cabinet as a part of the Second Howard Ministry and became the Minister for Employment, Workplace Relations and Small Business. He also served as the Minister for Health and Ageing, and in the Shadow Cabinets of Brendan Nelson and Malcolm Turnbull. In 2009, Abbott resigned from the front bench in order to protest against Turnbull’s support for Rudd Government’s Emissions Trading Scheme. In the same year, he defeated Turnbull and was elected leader of the Liberal Party of India and the Leader of the Opposition. In 2013 elections, Abbott led the Liberal-National Coalition to victory and was named the 28th Prime Minister of Australia on 18th September 2013. He held the chair for two years before Malcolm Turnbull replaced him as the Prime Minister on 14th September 2015. Penny Wong
DID WE MISS SOMEONE?
CLICK HERE AND TELL US
WE'LL MAKE SURE
THEY'RE HERE A.S.A.P
Quick Facts

See the events in life of Tony Abbott in Chronological Order 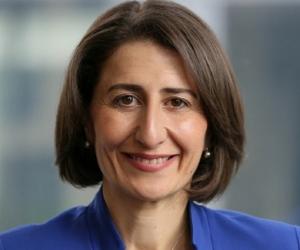 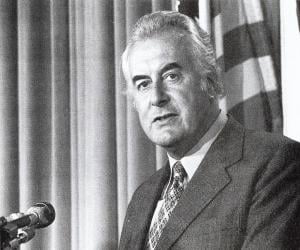