DID WE MISS SOMEONE?
CLICK HERE AND TELL US
WE'LL MAKE SURE
THEY'RE HERE A.S.A.P
Popularity Index
10
Economists #380
Intellectuals & Academics #2240
Quick Facts

Who was Tjalling C. Koopmans?

Tjalling C. Koopmans was a Dutch American economist and mathematician who, along with economist Leonid Kantorovich, was the joint recipient of the 1975 Nobel Memorial Prize in Economic Sciences. The duo won the award for their contributions to the theory of optimum allocation of resources. Though a graduate in mathematics and physics, Tjalling C. Koopmans grew interested in economics under the influence of economist, Jan Tinbergen, and subsequently earned a PhD in Economics from the University of Leiden. In 1940, he moved to USA, where he worked as a statistician with British Merchant Shipping Mission and thereby got the opportunity to devise models that reorganize shipping routes along with reducing associated costs and achieving results. As part of his research, he developed a rational method called as ‘Activity Analysis’. He was also one among the first persons to invent linear programming during his period. Later, he was part of the Cowles Commission at the University of Chicago between 1944 and 1955 and with the shifting of the Cowles Foundation to Yale University, he became a professor of economics at the University. He retired from the Yale University in 1981. He also served as the president of the American Economic Association in 1981. Dutch Men
Dutch Economists
American Economists
Dutch Intellectuals & Academics
Childhood & Early Life
Tjalling C. Koopmans was born on 28 August 1910 at ’s-Graveland in Netherlands. His parents, Sjoerd Koopmans and Wijtske van der Zee, were trained school teachers and his father was the headmaster of the (Protestant) ‘School with the Bible’.
He had two older brothers: Jan Koopmans, who grew up to become minister of the Dutch Reformed Church, and Hendrik Koopmans, who became a qualified chemical engineer.
At the age of 14, Tjalling Koopmans was awarded a stipend by the St. Geertruidsleen of Wijmbritseradeel in the Dutch province of Friesland. The stipend helped him to a great extent in pursuing higher studies.
In 1927, he enrolled into the Utrecht University to pursue studies in mathematics. However, after completing three years he shifted to theoretical physics.
In 1933, Tjalling got the opportunity to meet Dutch economist, Jan Tinbergen, and Tjalling shifted to Amsterdam to study mathematical economics under Tinbergen’s guidance. He was also interested in statistics and econometrics. He completed his PhD in Economics from University of Leiden in 1936.
In 1934, he published the Koopmans’ theorem that states that in a case of restricted Hartree–Fock theory, the first ionization energy of a molecular system is equal to the negative of the orbital energy of the highest occupied molecular orbital. However, later he shifted his field of interest from quantum chemistry to economics.
Continue Reading Below
You May Like

American Intellectuals & Academics
Virgo Men
Career
Between 1936 and 1938, he worked at the School of Economics at Rotterdam as a substitute lecturer in place of Jan Tinbergen who was appointed to the Financial Section of the League of Nations to work on model of business cycles in the United States.
In 1938, Tjalling Koopmans was asked to work in Geneva and prepare a similar business cycle model for the United Kingdom. However, with the outbreak of World War II, the project was terminated. During his time in Geneva, he understood the concept regarding economics of welfare and the issues associated with optimum population, from economist James Meade
In 1940, he moved to United States along with his family. He was first employed with British Merchant Shipping Mission at Washington D.C where he published information on the economics of transportation with attention to reorganizing shipping to reduce transportation costs.
He achieved satisfactory results by solving a few equations that included the price of materials at the point of origin and the cost towards transporting the goods using different routes. He formulated a mathematical representation of the issue that connected to the required equations.
In 1944, he was invited to join the Cowles Commission for Research in Economics, affiliated with the University of Chicago. There was immense scope for research with focus on creating econometric models by combining knowledge of mathematical modeling, economic theory and statistics.
During this time he pioneered in-depth studies in the branch of operational research called ‘Activity Analysis’. The same year he wrote the paper titled ‘Exchange ratios between cargoes on various routes’. However the work was published much later in 1970, as part of a collection of 28 papers authored by him.
In 1948 he was appointed as the Director of the Cowles Commission and held the post for six years. In 1955, the Cowles Commission was moved to Yale University and renamed Cowles Foundation. Tjalling Koopmans along with five other staff members accepted positions at Yale University.
In 1961, he had a second stint as the Director of Cowles Commission and worked in this capacity for six years.
In 1965, he, along with David Cass, worked on the ‘Ramsey growth model’ of Frank P. Ramsey. The Ramsey–Cass–Koopmans model attempts to focus on future economic growth and excludes any sort of market disturbances. This model has further been extended by researchers and is known as the ‘real business cycle theory’.
He joined Yale University as professor in economics and continued to work there until his resignation in 1981. In 1981, he was elected as the President of the American Economic Association.
Majority of his works are available as published papers and articles. His important works include ‘Serial correlation and quadratic forms in normal variables’ (1942), ‘On the Description and Comparison of Economic Systems’ (1971) and ‘Additively decomposed quasiconvex functions’ (1982).
Major Works
Tjalling Koopmans was an economist whose works focused on the optimal allocation of resources in order to successfully attain results at an affordable cost. He is regarded the pioneer of this model called ‘Activity Analysis‘. He is also known as one of the inventors of linear programming.
Awards & Achievements
In 1975, Tjalling C. Koopmans and Leonid Kantorovich were jointly awarded the Nobel Memorial Prize in Economic Sciences "for their contributions to the theory of optimum allocation of resources"
He was elected to the prestigious National Academy of Sciences and American Academy of Arts and Sciences. He also served as the President of the Econometric Society and the American Economic Association.
Personal Life & Legacy
He was a Dutch citizen by birth and became a naturalized citizen of the United States in 1946, six years after shifting to USA.
He married economist, Truus Wanningen, in 1936. The couple had three children, a son named Henry W. Koopmans and daughters, Anne Koopmans Frankel and Helen Koopmans Weinert. All his children chose careers related to life sciences.
He suffered a stroke and died on 26 February 1985 at New Haven, Connecticut. He was 74 years at the time of his death.
You May Like

See the events in life of Tjalling C. Koopmans in Chronological Order 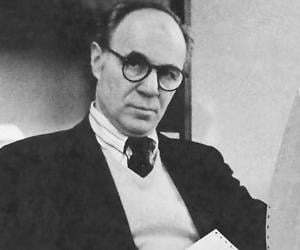 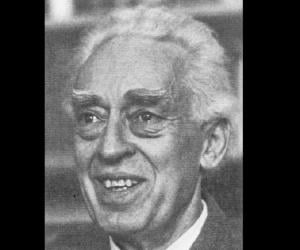