Syngman Rhee was the first president of the Provisional Government of the Republic of Korea and also the first president of South Korea. He was president for three-terms and his presidency was greatly affected by the Cold War tensions on the Korean Peninsula. Although anti-communist, he was authoritarian and considered himself irreplaceable to his country. He aligned himself with the United States and as a young nationalist, protested against the influence of Russia and Japan on Korea, staunchly supporting its independence by motivating young, nationalistic Koreans to join his Independence Club. He was a strong leader who brought about fundamental and progressive changes, yet he was often controversial in his tactics to maintain his stronghold. As a three-term president, his efforts were often centered on amending the constitution in order to reinstate himself as president. His government was frequently highlighted in the media for its corruption as public awareness of its repressive and fraudulent practices grew, ultimately forcing him to resign South Korean Celebrities
South Korean Men
Harvard University
Princeton University
George Washington University
Childhood and Early Life
Born on April 18, which bears the lunar date of March 26, 1875 in P'yongsan, North Korea, Syngman Rhee was the only son of an ordinary, rural family.
Known as Su-ng-yong in childhood, he moved to Seoul with his family and started his primary education there. Initially attending local schools which taught Chinese classics, he transitioned to a Methodist mission school, ‘Paejae Haktang’.
Graduating from high school in 1894, he began by teaching English at the school and found himself drawn to western ideas of enlightenment and reform. He participated in various movements opposed to the obsolete and ineffective government of the Korean regime.
In 1896, he along with other young Korean leaders formed the Independence Club. The main aim of the club was to fight for Korean independence from Japan.
Arrested during one of his early political protests, he was held in prison from 1899 to 1904, a period which brought about his conversion to Methodism.
After his release from prison, he moved to the United States to pursue higher education. He completed Bachelor of Arts from George Washington University in 1907, Master of Arts from Harvard University in 1908, and Ph.D. from Princeton University in 1910.
He returned to Korea in 1910 and joined a movement against Japanese occupation.
Continue Reading Below
You May Like

The Sexiest Men Of 2020, Ranked
Career
With his strong nationalist instinct and purpose, Syngman Rhee pursued his objectives for an independent Korea by all means available to him. Through his activism, he was chosen to lead the Korean Provisional Government in exile in Washington DC in 1919, as his efforts at home led to his persecution by the then existing government in Korea.
Continued strong leadership during WWII earned him a stellar reputation, enabling him to gather resources and galvanize strong-arm squads to form a massive political organization to oust the moderate leaders of Korea. With the assassination of the major leaders, his party won the elections in South Korea and he became the first president in 1948.
It was an uneasy calm in the Korean Peninsula during the first years of Rhee's presidency, which was soon threatened by the invasion of North Korea's Communist forces on the relatively weaker South Korea in 1950, across the 38th parallel. The fierce and sudden attack forced South Korea to retreat and turn to the United Nations for assistance, which was provided by 15 nations.
Opposition members of the National Assembly were planning to topple Syngman Rhee in the 1952 elections and exposed many scandals involving embezzlement of funds and massacre of innocent villagers in Kochang under his presidency. However, with all efforts directed toward the goal of resisting North Korea's offensive and defending South Korea’s territory in the peninsula, domestic politics took a back seat. The war lasted three years and cost approximately 5 million lives.
After the war, Rhee was determined to unify Korea and mounted his efforts in that direction, even opposing United Nation's ruling that South Korea had no power over the 38th parallel.
He began to appoint governors in the areas that had been liberated in the North. Taking up a stance against the UN directive that elections in Korea be held under the United Nations supervision, he argued that the UN had already recognized South Korea in 1948. While he succeeded on this front, the UN maintained its stronghold over the liberated areas of North Korea.
Scraping through the elections of 1952 by means of authoritarian control, forced vote of the National Assembly, and by manipulating supporters to stir up anti-communist hysteria, he continued his hold on power.
While he saw a partnership with the United States as integral to the development and security of the Republic of Korea, he defied the Armistice drawn up at the conclusion of the war by the UN and the United States which was due to be implemented in 1953.
Syngman Rhee continued his dictatorial grip over the next several years until he was forced to resign on April 27, 1960, following violent civil disorders sparked by numerous charges of election fraud, corruption and the death of 142 students at the hands of police during a student revolution. Following his resignation, he went into exile in Hawaii.
Major Works
Rhee introduced significant social reform through expanded education opportunities at the secondary and university level which benefited the young people of Korea.
In June 1949, he implemented the Land Reform Act which helped millions of sharecroppers become small landowners, thereby reducing socio-economic disparity.
Personal Life & Legacy
Syngman Rhee met his wife, Francesca Donner, an Austrian delegate, at a League of Nations conference in Geneva and they married in October, 1933.
He died of stroke, on July 19, 1965, at the age of 90 in Honolulu, Hawaii.
Trivia
The wedding vows of Rhee and Francesca Donner were conducted in two languages - Korean and German.
You May Like

See the events in life of Syngman Rhee in Chronological Order 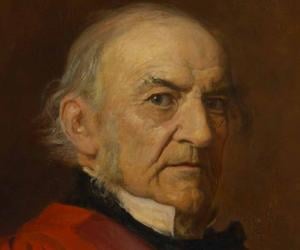