26th March In History
DID WE MISS SOMEONE?
CLICK HERE AND TELL US
WE'LL MAKE SURE
THEY'RE HERE A.S.A.P
Popularity Index
1193
Poets #8
Writers #51
Quick Facts

epitaphs: I had a lover's quarrel with the world

Who was Robert Frost?

Robert Lee Frost is among the most fecund writers when it comes to poetry and playwriting. He was highly appreciated and admired for his realistic portrayal of rural life and his great expertise on American colloquial speech. Most of his astonishing works circle around the rural life settings in New England during early 20th century. He used his own work to analyze complicated social and philosophical themes. Robert Frost is very famous and an oft-quoted poet. During his lifetime, he was honored with several prizes which include four Pulitzer Prizes for Poetry. Quotes By Robert Frost | Quote Of The Day | Top 100 Quotes

Got his first poem ‘My ButterflyAn Elegy’ published

Got married to Elinor Miriam White

His mother died of cancer

His first book of poetry, 'A Boy's Will' got published

Moved back to America

Accepted a fellowship teaching post at the University of Michigan

His wife died of heart failure

Performed a reading of his poetry at the inauguration of President John F. Kennedy 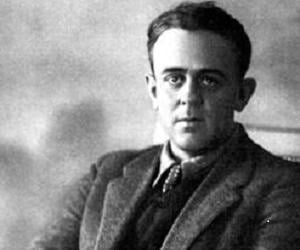