Raymond Octave Joseph Barre was French politician and economist. He served as the Prime Minister of France from 1976 until 1981. In his early life, he had to give up a career in medicine as he was called for duty by the French army during World War II. After returning from the war he studied law and economics instead of medicine and taught economics at the University of Paris and other places. Though he was politically an unknown figure, President Giscard was impressed by his expertise and knowledge in economics and appointed him as the Prime Minister. The economic reforms introduced by Giscard and Barre were considered detrimental to the French economy during their tenure in the government but as per Barre it was absolutely essential for its revival. Despite stiff opposition from trade unions he cut thousands of jobs, reduced the spending of government departments and in general tried to restructure the failing economy. He exhorted people to do hard work instead of grousing or holding rallies. He had to give up his post and also the reform process when President Giscard lost the 1981 presidential elections. He made an unsuccessful attempt for the post of President in 1988. He was probably the only Frenchman who became Prime Minister without having any party membership previously. French Celebrities
French Men
Aries Leaders
Male Leaders
French Leaders
Childhood & Early Life
Raymond Barre was born in Saint-Denis, on the island of Reunion, a French colony, on April 12, 1924. His father was a merchant settled in Reunion since 1843 named Rene Barre and his mother was Charlotte Deramond.
He spent his initial schooldays studying at the ‘l’ecole de l’Immaculee Conception’ and then the ‘lycee Leconte-de-Lisle’ located on Reunion.
In 1945, he was drafted into a French artillery unit and had to give up his dream of studying medicine.
The war ended and he returned to Paris on January 15, 1946 after being demobilized.
He joined the ‘Cite Internationale Universitaire’ and passed the aggregation exam for economics and law and got a diploma from the ‘Institut d’Etudes Politiques’ in Paris in 1950.
Continue Reading Below
You May Like

The Hottest Male Celebrities With The Best Abs
Career
Raymond Barre was appointed as a professor at the ‘Faculty for Law and Economic Sciences of Caen’ but could not join the institute for four years as he was busy with the ‘Institute of Advanced Studies’ in Tunis.
He started teaching economics at the ‘Institute of Political Studies’, the ‘Faculty of Law and Economic’ in Paris and the ‘Ecole Centrale Paris’.
In 1959 he joined the Charles de Gaulle government as an advisor in the ‘Ministry of Industry and Trade’ where he served as the head of staff till 1962.
In 1966 he was made a consultant for the ‘Economic Planning Commission’ to advice on the ‘wage and price policies’ of the government.
In 1967 de Gaulle chose him as the vice-president of the ‘European Commission for Economic & Financial Affairs’.
He served in the Rey, Malfatti and the Mansholt commissions in Brussels until January 1973.
He served as a member of the ‘Board of Directors of the Bank of France’ from 1973 to 1976.
In January 1976 he returned to France and joined the government as a cabinet minister in the ‘Ministry of External Trade’ under Prime Minister Jaques Chirac. The same year, after a period of seven months, he was appointed by President Giscard d’Estaing as the Prime Minister of France as well as the ‘Minister of Economy & Finance’.
He introduced many economic reforms despite protests from trade unions. He tried to revive the flagging economy by cutting jobs and governmental expenditure.
Continue Reading Below
He left the ‘Ministry of Economy & Finance’ in 1978 but remained the Prime Minister until 1981. When Giscard lost the presidential election to Francois Mitterrand mainly due to his inability to fully revive the French economy, Barre too had to leave his position.
He was elected as a deputy in the National Assembly in 1978 and became one of leading members of the ‘Union for French Democracy’ or the UDF party who opposed the Socialist government of President Mitterrand on all its economic policies. He held this seat till 2002.
In 1988 he ran for the post of President as the UDF candidate but was defeated by the incumbent Mitterrand and Jaques Chirac. He continued to take part in active politics even after that and backed the idea that Lyon be made the home of the ‘Central Bank of United Europe’.
He became the Mayor of Lyon in 1995 when Michel Noir had to resign before his term due to an indictment from the court. Barre held the post till 2001 but did not run for a second term.
In 2002 his parliamentary term at the National Assembly ended after which he retired from active politics.
Major Works
Raymond Barre translated the book ‘Scientism and Social Science, Essay on the misuse of reason’ written by Friedrich Hayek into French in 1953.
He published his book on economics, Economie politique’ in 1956 which has remained an important textbook for students for a long time and has multiple editions.
Awards & Achievements
Raymond Barre was awarded the ‘Legion of Honor’ for his contributions to the French economy.
Personal Life & Legacy
He had married Eva Hegedus on November 19, 1945.
He has two sons Oliver and Nicolas from the marriage.
He had been suffering from heart problems and was transferred to a military hospital from Monaco on April 11, 2007.
Raymond Barre died at a military hospital, Val-de-Grace’ in Paris on August 25, 2007.
Trivia
Raymond Barre wanted to study medicine but could not as he had to join the army during the Second World War. He became an economist instead and went into politics.
You May Like

See the events in life of Raymond Barre in Chronological Order 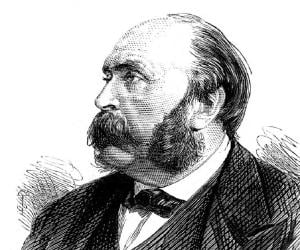