Randolph Frederick "Randy" Pausch was an American professor at Carnegie Mellon University (CMU) in Pittsburgh, Pennsylvania, who rose to fame following his lecture titled ‘The Last Lecture: Really Achieving Your Childhood Dreams’ shortly after he was diagnosed with terminal pancreatic cancer. An academician who specialized in the fields of computer science, human–computer interaction, and design, he was also a very prominent researcher who had worked on various projects with Adobe, Google, EA, and Walt Disney. Over the course of his career, he had co-founded CMU's Entertainment Technology Center (ETC) in collaboration with his colleague Don Marinelli. His career was in full-swing when in September 2006 he started suffering from severe health problems. Diagnosed with pancreatic cancer at the age of 46, Randy Pausch found himself re-evaluating his life and career. Having achieved several of his childhood dreams, he decided to share all his knowledge and experiences on living a happy and productive life with his students before it was too late. Thus on September 18, 2007, Pausch delivered ‘The Last Lecture’ which was recorded and shared widely on social media, making the hitherto unknown professor a celebrity of sorts. The popularity of his lecture also led him to author a book of the same name which went on to become a best-seller. Samantha Power
DID WE MISS SOMEONE?
CLICK HERE AND TELL US
WE'LL MAKE SURE
THEY'RE HERE A.S.A.P
Quick Facts

American Celebrities
American Men
Brown University
Carnegie Mellon University
American Educators
Childhood & Early Life
Randolph Frederick "Randy" Pausch was born on October 23, 1960, in Baltimore, Maryland to Fred and Virginia Pausch. His father was a lawyer and insurance-company executive while his mother taught English. He had one sister, Tammy.
The Pausch household was full of books and the children were raised in an intellectually stimulating environment. They were encouraged to read a lot and discussions and debates about philosophy, religion, and morals were common at the dinner table.
He attended the Oakland Mills High School in Columbia following which he enrolled at Brown University to study computer science. He received his bachelor’s degree in 1982. At the advice of his professors, he decided to venture into academics and proceeded to earn his Ph.D. in computer science from Carnegie Mellon University in August 1988.
Continue Reading Below
You May Like

The Most Popular US Veterans
Career
After completing his doctorate in 1988, Randy Pausch accepted a teaching position at the University of Virginia. He worked there for nearly a decade and spent a couple of years on sabbatical during which he worked with the Disney Corp. Working for Disney had been a childhood dream and he would serve as a consultant to the company his entire career.
Disney was very much impressed by Randy Pausch’s work and offered him a full-time position. However, Pausch was more inclined towards an academic career and declined this offer.
In 1997, he returned to his alma mater Carnegie Mellon University as an Associate Professor of Computer Science, Human-Computer Interaction, and Design. The following year, Pausch collaborated with his colleague Don Marinelli to co-found CMU's Entertainment Technology Center (ETC) to teach students interdisciplinary skills in design, art and technology.
Along with his career as an academician, he also acted as a consultant to companies like Google, PARC, and Media Metrix. He was a prolific writer as well, and was the author or co-author of five books and over 70 articles.
Cancer Diagnosis & �
Randy Pausch began experiencing some health problems in mid-2006. After a slew of tests, it was confirmed in September that he was suffering from pancreatic cancer. He immediately underwent a Whipple procedure (pancreaticoduodenectomy) in an attempt to prevent the disease from spreading.
The procedure, however, was unsuccessful in halting the disease. In August 2007, he was told that the cancer was terminal and was given around three to six months to live.
Finding himself on the verge of death, Randy Pausch decided to make the most of the time he had left. A dedicated professor, he decided to deliver a powerful lecture on the value of time management and on how to achieve your childhood dreams.
On September 18, 2007, he delivered a lecture titled ‘The Last Lecture: Really Achieving Your Childhood Dreams’ at Carnegie Mellon. The lecture was recorded and posted to YouTube where it soon became a viral phenomenon. The lecture received so much attention that he was invited to appear on the popular TV talk show, ‘The Oprah Winfrey Show’ in October where he summarized his ‘Last Lecture.’
The international popularity of the lecture led him to co-author a book called ‘The Last Lecture,’ which he wrote alongside Jeffrey Zaslow of the ‘Wall Street Journal.’ The book detailed several of the points he had discussed in the lecture he had given at Carnegie Mellon. The book became a ‘New York Times’ bestseller in 2008, and remained on the list for 112 weeks. Since then, it has been translated into 48 languages and has sold more than 5 million copies in the United States alone.
Awards & Achievements
In 2007, Randy Pausch became the first CMU professor to win the prestigious Karl V. Karlstrom Outstanding Educator Award. The same year, he also received the ACM Special Interest Group on Computer Science Education Award for Outstanding Contributions to Computer Science Education.
He was also inducted as a Fellow of the ACM in 2007.
He was named Pittsburgher of the Year 2008.
Personal Life & Legacy
Randy Pausch first met Jai Glasgow in the fall of 1998 at the University of North Carolina when she was a graduate student in comparative literature and he was giving a guest lecture on virtual reality. He was immediately attracted to her and two started dating. They were married in May 2000. Three children, Dylan, Logan, and Chloe completed the family.
Pausch’s health worsened in mid-2008 and he died from pancreatic cancer on July 25, 2008, at the age of 47.
You May Like

See the events in life of Randy Pausch in Chronological Order 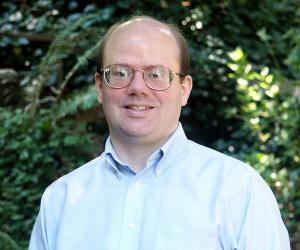