Advanced Search
Marilyn Milian, more popularly known as Judge Milian, is a retired state circuit court judge from America. She rose to fame after presiding over the adjudication-based reality court series ‘The People’s Court’. Courtroom based reality TV shows have always been popular in the USA, but Milian created history by becoming the first arbitrator of Latin-American origin on any such show. Holding the position for 18 years, she has also become the longest serving adjudicator on the series. Since Milian arbitrates on real small-claims court cases on the show, she has gained both fame and notoriety for her attitude. While many appreciate her directness, assertiveness and animated gestures, she has also faced criticism for her occasional harsh attitude toward some participants. Outside the show, Judge Marilyn’s career has made her nothing short of a force to be reckoned with. She not only served as a Florida State Official Judge, 11th Circuit for Miami-Dade county, but has also been a spokesperson for FBI’s Safe Online Surfing initiative. Additionally, she has gained respect for her work against domestic violence. The fact that she won the ‘Groundbreaking Latina of the Year’ award in 2006 only goes to show the impact she has had on the Hispanic community. 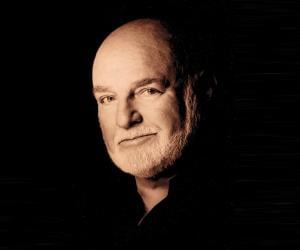 American People
Reality TV Personalities
American Women
University Of Miami
Georgetown University
Childhood & Early Life
Marilyn Milian was born on May 1, 1961, in Queens, New York City, New York, USA. Her parents Jorge and Georgina Milian are of Cuban descent. Brought up in a Latin family, she grew up speaking both English and Spanish fluently.
When she was eight years old, her parents decided to move to Miami, Florida. Thanks to her supportive parents, Milian academically flourished in Miami, achieving one accolade after another. After graduating from St. Brendan High School in 1978, she enrolled in the University of Miami to earn a degree in psychology. She graduated summa cum laude in 1981.
After getting her bachelor’s degree, she decided to go to law school at the Georgetown University, graduating from there with distinction in 1984. She was only 23 years old when she graduated from law school.
Adamant on further pursuing her studies in law, she became a scholar at the Harvard Law School from 1989 until 1990. At Harvard, she also worked as the director of training for the Guatemalan project. This role involved her training Guatemalan judges and lawyers.
Continue Reading Below
Career
After an immensely successful academic journey, Marilyn Milian embarked on an equally triumphant legal career. From 1985 to 1994, she held the position of Florida State Official Assistant State Attorney for Dade County. She was hired by former U.S. Attorney General Janet Reno.
She held the position of Florida State Official Judge, Miami-Dade County Court, from 1994 to 1998. This is where she began her lifelong work against domestic violence.
Milian was clearly making a difference through her work and senior political leaders took notice of that. Florida governor Jeb Bush was one of them and he decided to appoint her as the Florida State Official Judge, 11th Circuit for Miami-Dade County. She held that position from 1999 to early 2001.
She retired from the position of Florida State Official Judge to accept her current role as the arbitrator on the courtroom drama ‘The People’s Court’ (2001 – present). On March 12, 2001, Judge Milian made her TV debut and became the first female Latina judge on the reality series.
She was in stark contrast to the previous judges of the show. Much more animated and passionate in her expressions, she soon became a fan-favorite. Whether it is her habit of quoting old phrases from her grandmother or the calculated logic behind her decisions, Judge Milian comes across as both critical and just.
Her rising popularity can be assessed from the fact that she has become the longest-serving judge on the ‘The People’s Court’ ever since her debut in 2001. The 22nd season of the series starts airing on April 8, 2019, and it will mark her 18th year on the Daytime Emmy Award-winning show.
Besides being a celebrity judge, Milian has also made several guest appearances on popular talk shows like ‘Jimmy Kimmel Live’ (2006) and ‘The Dr. Oz Show’ (2013 – 2017).
Besides her TV career, Judge Milian also enjoys teaching budding lawyers as an adjunct faculty at the University of Miami School of Law. In addition to that, she has participated as a celebrity contestant on game shows like ‘Pyramid’ (2003 – 2004) and ‘Who Wants to Be A Millionaire’ (2019).
Awards & Achievements
Known for her relentless efforts in improving the society, Marilyn Milian has worked as an emcee for philanthropic causes like the ‘Washington's 2002 Teachers Making a Difference’ campaign and ‘Hope for Vision’, to name a few.
As an outspoken activist for Hispanic rights and for her work for the ‘Latino Commission on AIDS’, she was given the Groundbreaking Latina of the Year award on September 20, 2006.
Family & Personal Life
Marilyn Milian is married to former assistant US attorney John Schlesinger since 1993. The couple has three children, Cristina (born 1996), Alexandra (born 1998), and Sofia (born November 28, 2001).
Although she leads a rather peaceful life, her role as the judge on ‘The People’s Court’ landed her in a controversy in November 2011. One of the shows participants, Michelle Parker, went missing hours after her episode ‘Dirty Laundry’ was aired. The primary accused behind her disappearance remains to date her abusive boyfriend Dale Smith, who was also seen in the episode.

See the events in life of Marilyn Milian in Chronological Order