Best known as the maternal half-sister of the former US President Barack Obama, Maya Kasandra Soetoro-Ng has come into the spotlight since she took part in the US Presidential campaign in 2007. Maya is a researcher and educator. She has worked in a number of established centers and colleges and has proved herself as an academic. In addition to that, she is also a writer and written a children’s book titled ‘Ladder to the Moon’. She is currently working to publish more of her work soon. Maya is known for her quick wit and humor, a trait she shares with her brother Barack Obama. The mother of two describes herself as philosophically Buddhist and actively participates in charity. She has also spoken against racial discrimination and the need for introducing cultural diversity to students at an early age. She is fond of her Indonesian heritage and also of her husband’s Chinese roots. She is a favorite of her nieces Malia and Sasha. Since she has had a multicultural education, she supports cultural diversity and is a promoter for peace. She also works for Ceeds of Peace, a nonprofit peace building organization. Coyote Peterson
DID WE MISS SOMEONE?
CLICK HERE AND TELL US
WE'LL MAKE SURE
THEY'RE HERE A.S.A.P
Quick Facts

American People
New York University
Women Educators
American Educators
American Female Educators
Childhood & Early Life
Maya Kasandra Soetoro was born as Maya Kassandra Soetoro on August 15, 1970 in Saint Carolus Hospital in Jakarta, Indonesia. Her mother was Ann Dunham, an American cultural anthropologist and her father was Lolo Soetoro, an Indonesian businessman.
Her parents divorced in 1980 when she was 10. Since then, she spent time moving around with her mother and half-brother Barack Obama. Since her father remarried, she has another half-brother named Yusuf Aji Soetoro and a half-sister named Rahayu Nurmaida Soetoro.
She was homeschooled by her mother till she was 11 years of age. From 1981 to1984, she attended Jakarta International School. She then moved to Hawaii and attended Punahou School and in 1988 graduated from the same.
She studied at Barnard College, Manhattan, New York and attained her BA in 1993. She then received an MA from New York University in secondary language studies and another MA in Secondary Education from the same university.
In 2006, Maya completed her PhD in International Comparative Education from the University of Hawaii.
Her bond with Barack Obama has remained unchanged throughout the years and they have remained close as adults, celebrating Christmas together at their home in Hawaii.
Continue Reading Below
Career
Maya was an Assistant Professor at Institute for Teacher Education at the University of Hawaii’s College of Education.
Prior to that, she taught in The Learning Project, a public middle school in New York, from 1996 to 2000. She was also a high school history teacher in Honolulu. She taught in Education Laboratory School and La Pietra: Hawaii School for Girls.
Maya has worked as a consultant in research. Her research focused on Multicultural and International Education. She has implemented peace education in public schools and has organized workshops to help those in need of guidance.
The founder of ‘Ceeds of Peace’, Maya facilitates classes on World culture, US history and constitution and trains Peacemakers.
She was an Education Specialist at the East West Center and enabled the exchange of teachers from US to China and vice versa.
Soetoro-Ng has also studied Social Sciences and History from various perspectives. She is a part of the College of Social Sciences at University of Hawaii at Manoa.
She helped Barack Obama during his Presidential campaign in 2007-08, by taking two months off work and spoke about his administrative accomplishments and their memories together as kids.
Maya currently works at the Community of Outreach and Service Learning at the Spark M. Matsunaga Institute of Peace and Conflict Resolution and is the Director there. She also teaches Peace Education, History of Peace Movements and Leadership.
She is currently writing a young adult novel ‘Yellowood’ and a book about peace education.
Continue Reading Below
Major Works
Maya is the founder of Ceeds of Peace, a nonprofit organization that provides support to distressed families and develops peacebuilding leaders. The organization also works to make better the lives of communities and students.
In 2013, she attended an event honoring graduating female students from Mercer Island High School and awarded them with $5,000 Stanley Ann Dunham Scholarship.
Maya has often spoken out against the criticism and discrimination students of mixed race face in the society. She has worked taking several seminars to solve this problem and create awareness among people. She has also emphasized the need to understand and respect diversity of culture.
She has cofounded Our Public School, a nonprofit school.
In 2016, Maya Soetoro-Ng along with her representatives held a dialogue at the China Global Philanthropy Institute and spoke about Charity, Education and Cultural Exchange.
Awards & Achievements
Inspired by her namesake Maya Angelou, Maya had always wanted to be a writer. While at the Obama’s Chicago home, Maya wrote a children’s book titled “Ladder to the Moon.” The book tells the story of a little girl who climbs to the moon in order to meet her grandmother. She wrote this book in 2011 and is inspired by the relationship between her and her mother.
In 2009, she appeared in the documentary ‘By the People: The Election of Barack Obama’ as a part of the Obama family. She also appeared in another TV movie documentary ‘God Bless You Barack Obama’ in 2010.
She has also appeared as herself and as a guest in the TV series ‘Piers Morgan Tonight’ in 2011 and in ‘Today’ in 2012.
Personal Life
Maya Soetoro married Konrad Ng, a Chinese-Canadian in 2003. He is a US citizen and of Malay-Chinese descent. He was an assistant professor in the Academy of Creative Media at the University of Hawaii.
He was also the Director of the Smithsonian Asian Pacific American Center. Maya and her husband have a number of shared interests. He is currently the Executive Director of Doris Duke Shangri La Center for Islamic Arts and Culture in Hawaii in Honolulu.
After a year of their marriage, the couple welcomed their first child together in 2004 and named her Suhaila. Their second daughter was born in 2008 is named Savita.
Maya has described herself as a philosophical Buddhist on numerous occasions. She describes herself as an educator and activist and has also named her daughters after the Moon and the Sun respectively.
She has been very close to her half brother, Barack Obama and his wife Michelle. She is also fond of her nieces, Malia and Sasha, and likes spending time with them during holidays and other occasions.
Maya had been very close to her mother before her death to cancer at the age of 52. She has often spoken about how fond her mother would have been to see Barack become the first African-American President of the United States. She also strives to develop the loving relationship with her daughters, as she had with her mother.
Trivia
She was named after American poet Maya Angelou.
She is trilingual and speaks English, Spanish, and Indonesian. 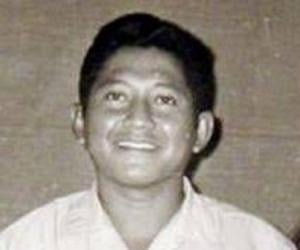