Rasipuram Krishnaswami Laxman, famously known as R. K. Laxman was an Indian cartoonist who created the comic strip ‘You Said It’, featuring the “Common Man”—a silent observer representing the average Indian. The comic strip chronicled the life of the average Indian, his hopes, aspirations, and trouble. The character is a much beloved one among the Indian masses and has entertained generations of Indians over the past several decades. Laxman’s fascination with drawing began early on and he loved to look at the illustrations in magazines and newspapers even before he could read. He began drawing as soon as he could and filled the floors and walls of his house with doodles. It did not take him long to realize that drawing was his life’s calling and set about to make a career for himself as an artist. He applied to study at the J. J. School of Art, Bombay, but his application was rejected. He did not dwell in disappointment and began taking up freelance projects with newspapers, eventually landing his first full-time job as a political cartoonist. It was only later that he joined ‘The Times of India’ where he created the “Common Man”, the character that every Indian would come to identify with. In addition to being a cartoonist he was also a writer and had published numerous short stories, essays and travel articles. 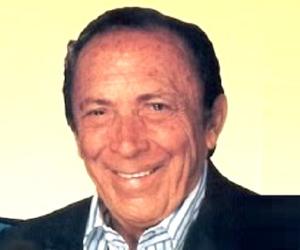 Charles M. Schulz
Cartoonists #16
Media Personalities #370
DID WE MISS SOMEONE?
CLICK HERE AND TELL US
WE'LL MAKE SURE
THEY'RE HERE A.S.A.P
Quick Facts

Indian Celebrities
University Of Mysore
Male Cartoonists
Male Media Personalities
Indian Media Personalities
Childhood & Early Life
He was born as Rasipuram Krishnaswami Laxman on October 24, 1921 in Mysore, India, at the home of a headmaster. He was the youngest of six brothers and also had one sister. The famous writer, R. K Narayan was his elder brother
He loved to draw from a young age and would cover the floors and walls of his house with doodles. He spent a lot of time observing the drawings and illustrations in the magazines and would try to copy them.
As he grew up he started drawing caricatures of his father and teachers, much to the amusement of his siblings and classmates. One of his brothers, Narayan was a budding writer and Laxman used to illustrate the stories his brother wrote.
He was highly impressed by the works of the British cartoonist Sir David Low whose works often appeared in ‘The Hindu’.
He enjoyed an idyllic childhood, playing with his brothers and observing nature. Unfortunately tragedy struck when his father suffered a paralytic stroke and died. However, he received the support of his extended family and could carry on his life.
Having decided that he wanted to become an artist he applied to the J. J. School of Art, Bombay, after completing high school. The art school, however, rejected him saying that he lacked the talent to join the institution as a student.
He then enrolled at the University of Mysore from where he graduated with a Bachelor of Arts degree.
Continue Reading Below
You May Like

Famous Beautiful Women With Green Eyes
Career
Even as a student he had started contributing illustrations to newspapers and magazines. After graduation he continued his freelance work and contributed cartoons to ‘Swarajya’.
He also drew illustrations for an animated film based on the mythological character Narada, working as a part of an animated film unit at Gemini Studios in Madras.
He then moved to Bombay to explore newer avenues. There he tried his luck at several newspapers and finally started working for R.K. Karanjia’s weekly publication, ‘Blitz’. This proved to be his first break and he soon became popular as a cartoonist.
In 1946 he joined the ‘Free Press Journal’ as a political cartoonist. It was here that he met fellow cartoonist Bal Thackeray who would eventually become a famous politician in future.
He worked very hard at his job, and often did more than what the salary justified. He toiled for hours each day and produced a political cartoon every other day. However, some differences with his bosses made him leave the publication.
By now he has become a renowned cartoonist and was appointed by ‘The Times of India’ in 1947 on a salary of Rs. 500—a princely sum in those days. Initially he provided illustrations for the ‘Illustrated Weekly of India’ and comic strips for a children’s magazine.
Though he possessed a keen sense of politics, his editors did not appreciate his political cartoons much. But they changed their minds when one of his cartoons appeared in the ‘Evening News of India’ and was well received by the readers.
Soon, his cartoons started appearing on the front page of ‘The Times of India’, and his reputation as a cartoonist grew day by day. Eventually, he became the paper’s chief political cartoonist.
It was while working at ‘The Times of India’ that he came up with the idea for the cartoon strip ‘You Said It’, featuring the “Common Man”. The strip was witty and funny while at the same time serious and sarcastic. The Common Man was a mute spectator to the events unfolding before him—he represented the silent majority of India.
He was also a writer in addition to being a cartoonist. Some of his novels are ‘The Hotel Riviera’ (1988) and ‘The Messenger ‘(1993). A collection of his short stories, essays and articles was published as ‘The Distorted Mirror’ in 2003.
Major Works
He is best remembered as the creator of the “Common Man”, a balding, bespectacled middle-aged man dressed in a simple dhoti who represented the average Indian. The character was so popular that he was even featured in a commemorative postage stamp released by the Indian Postal Service on the 150th anniversary of the ‘Times of India’ in 1988.
Awards & Achievements
He was honored with The Ramon Magsaysay Award in 1984 in the category Journalism, Literature, and the Creative Communication Arts (JLCCA).
In 2005 he was awarded the Padma Vibhushan, India’s second highest civilian honour.
Personal Life & Legacy
He was once married to Bharatanatyam dancer and film actress Kumari Kamala but the marriage ended in divorce.
He later remarried another woman, also named Kamala. His second wife wrote books for children.
He suffered a stroke in 2003 which left him paralyzed on his left side. He suffered multiple strokes since 2010 and was keeping in ill health since then. He died in Pune on 26 January 2015 at the age of 93.
Trivia
This world renowned cartoonist’s favorite bird was the crow and he drew hundreds of sketches of crows in his free time.
You May Like

See the events in life of R. K. Laxman in Chronological Order 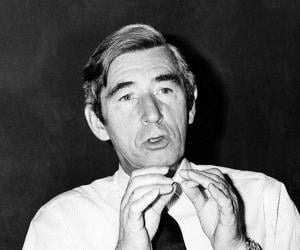 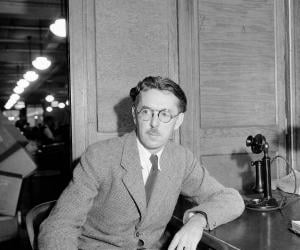