James Grover Thurber was a well-known American writer, journalist and cartoonist who became famous for his short stories which are full of imagination and enchantment and witty illustrations. His writing posses a humorous quality to it, conveyed with simplicity and sharpness, which made him very famous in the literary circuit. Thurber developed his creative writing skills when he was a young boy. Due to an accident he lost one of his eyes and that made it impossible for him to take part in any physical activity. This proved as a boon for his writing career and his talent for it came out in its full vigor when he joined The New Yorker magazine in the capacity of an editor, on the recommendation of his friend and fellow contributor, E.E. White. White was the one who recognized his talent for drawing and published some of his illustrations in the magazine, which of course was well acknowledged by the readers. Thurber has written tons of short stories, biographical memories, fables, etc. in his lifetime, which is apart from his work published in The New Yorker. American Celebrities
Journalists
Playwrights
Short Story Writers
American Men
Childhood & Early Life
James Thurber was born in Ohio to Charles L. Thurber and Mary Agnes Thurber. His father was a small time clerk and a minor politician. His mother was a homemaker and she was the one who instilled humor in Thurber.
As a little boy, Thurber lost an eye while playing with his brother, which made it difficult for him to take part in the sports activity at school but this only helped him to put all of his energy into creative endeavors.
In 1913, he joined the Ohio State University but he could never graduate because of poor eyesight. He left the university and started working as a code clerk first in Washington and then in France. 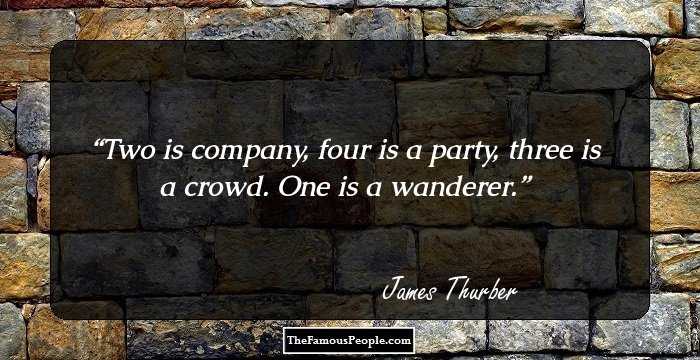 The Sexiest Men Of 2020, Ranked
Career
After returning from France, Thurber started his journalistic career as a reporter for the Columbus Dispatch from 1921-24. He used to write reviews on latest books, movies, plays, etc. for the column, ‘Credos and Curios’.
In 1925, he moved to New York and became a reporter for the ‘New York Evening Post’. And then a few years later, he joined ‘The New Yorker’ as an editor with the help of his friend, E.B. White.
His stint in The New Yorker as a cartoonist began in 1930, when White found some of Thurber’s drawings in trash and took them out and got them published. White altered some of these drawings to make them publication worthy.
His writing career, as an author, started in 1930s and continued for three decades, in which he wrote many short stories, fictional memoirs , fables as many as seventy five, prose type humorous essays, a biographical memoir, etc.
Some of the example of his fictional work are: ‘The Secret Life of Walter Mitty (1939)’, ‘Further Fables of Our Time (1956)’, ‘The White Deer (1945)’, ‘The Wonderful O (1957)’, ‘The years with Ross (1958)’, etc. 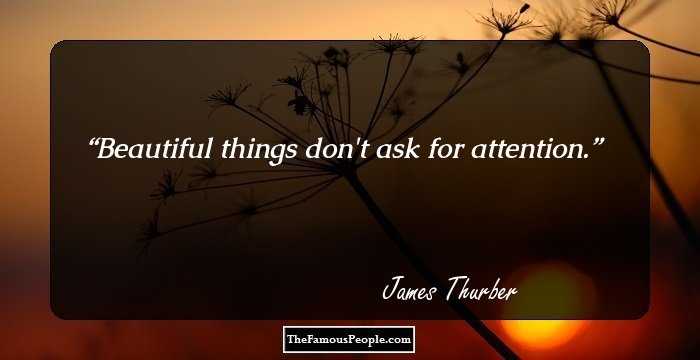 Quotes: Beautiful
Major Works
The major work of Thurber’s life is considered to be his enigmatic short stories and witty cartoons in ‘The New Yorker’. In his position as an editor from 1927- 1950s, Thurber grew as a cartoonist and author of independent books.
Personal Life & Legacy
Thurber was married to Althea Adams from 1922-1935; his marriage with her was known to be troubled and an imminent divorce was expected. The couple used to live in Fairfield County, Connecticut, and had a daughter Rosemary.
He married for the second time in 1935 to Helen Wismer.
Continue Reading Below
Thurber died at the age of 66 in 1961 due to pneumonia, which caused a stroke. 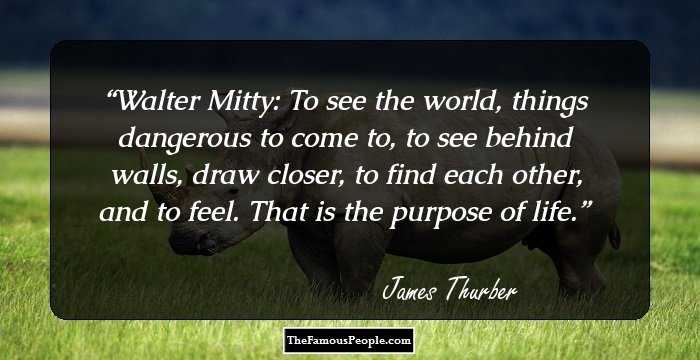 Quotes: Life
Trivia
At the time of his death, Thurber’s last words were “God bless…. God damn”.
There is an award named after him - Thurber Prize, an award for outstanding examples of American humor.
He drew six covers and many illustrations for The New Yorker.
Neurologist V.S. Ramachandran has suggested that Thurber's creativity may be due to ‘Charles Bonnet syndrome’, which is a neurological condition that causes multifaceted visual hallucinations in a mentally healthy person’s mind, who has suffered some level of visual loss.
Apart from writing various hilarious and children’s stories, Thurber has also written some very dark stuff like, ‘The Whip-Poor Will’, which is a tale of madness and murder.
His short story ‘The Secret Life of Walter Mitty’ was adapted into a movie.
Two of his former houses, his childhood Thurber House in Ohio, and the Sanford-Curtis-Thurber House in Connecticut, are on the U.S. National Register of Historic Places.
Recommended Lists:
Short Story Writers #114
Writers #1387
Media Personalities #1476
You May Like

Quotes By James Thurber | Quote Of The Day | Top 100 Quotes

See the events in life of James Thurber in Chronological Order