Olusegun Obasanjo is a former President of Nigeria who held the position from 1999 to 2007. He served as the Army general of Nigeria and as a military ruler remained the head of state from February 1976 to October 1979. He remains the first such military ruler In Africa who handed over the power for a democratic government. By the time the military dictatorship of General Sani Abacha ended with his demise, Nigeria gained the infamous pariah status that was marked with oppressive regime of fifteen years. Olusegun Obasanjo also faced atrocities of the authoritative rule of General Sani Abacha that included his confinement in 1995. Obasanjo played an instrumental role in bringing back democracy in the country thus mending the tarnished image of the nation. He was democratically elected as President of the Federal Republic of Nigeria in 1999. He remained ‘Chairperson of the African Union’ from July 2004 to January 2006. He is the descendent of the Yoruba clan and a chieftain of the Ekerin Balogun of the Egba clan and that of the Balogun of the Owu Lineage. The UN inducted him as special envoy of Africa. Since then he oversees the democratic elections of countries across the African continent representing the ‘African Union and Ecowas’. Nigerian People
Black Presidents
Military Leaders
Political Leaders
Black Military Leaders
Childhood & Early Life
He was born on March 5, 1937 in Ogun State and was brought up in Abeokuta in southwest Nigeria. The meaning of his first name is “The Lord is victorious”.
He studied in Abeokuta at the ‘Baptist Boys’ High School’ and thereafter worked for a while as a teacher.
As he could not bear college expenses, in 1958 he joined the Nigerian Army and went to Aldershot, England, to attend a six month training of the ‘Service Commission’ held at the ‘Mons Officer Cadet School’. After completion of training he was delegated in the rank of an officer in the Nigerian Army.
Olusegun Obasanjo was also sent to India where he took training at the ‘Indian Army School of Engineering’ and at the ‘Defence Services Staff College, Wellington’.
Continue Reading Below
You May Like

The Sexiest Men Of 2020, Ranked
Career
He remained in Kaduna to serve the ‘1 Area Command’. In July 1967 he became the commander of ‘2 Area Command’ after being promoted as Chief Army Engineer.
Thereafter he served as commander of ‘3 Marine Commando Division’ of the army and captured Owerri that efficaciously brought the end of the thirty month (during 1967 to 1970) Biafran civil war.
He supported the military coup headed by Brigadier General Murtala Ramat Mohammed on July 29, 1975, though he was not a part of it. Murtala Ramat Mohammed expelled the then head of state Yakubu Gowon and named Ọbasanjọ as his deputy in the new government.
Army Col. Dimka led a coup attempt on February 13, 1976, to assassinate Murtala, Ọbasanjọ and few other senior army men. While Murtala was killed, Obasanjo and General Theophilus Danjuma survived, thus leadership passed to Obasanjo.
Theophilus Danjuma, the chief of army staff and Ọbasanjọ set up a line of command and reset the security arrangements in Lagos.
The ‘Supreme Military Council’ inducted him as the head of state on February 13, 1976. He held the position till October 1, 1979 and emerged as a prominent statesman of Africa. He strived to take forward the initiative of reinstating civilian government in 1979 along with reformation programs so as to enhance quality of public service.
He established association with the US and in 1979 the second republican constitution was structured based on the US Constitution model. The nation was ready for a democratic government that would encompass President, House of Representatives and Senate, to be established through local and national elections.
He did not put his candidature in the presidential election held in 1979. On October 1, 1979 he peacefully handed over power to the newly elected President of Nigeria Shehu Shagari thus becoming the first such military ruler to do so in pursuit of establishing democracy in Nigeria
Olusegun Obasanjo faced the atrocities of the authoritative rule of General Sani Abacha (which lasted from 1993 to 1998), that include his confinement in 1995. He underwent a “spiritual re-birth’ during his days in the prison. His days in confinement ended after June 8, 1998 when Sani Abacha died suddenly.
Continue Reading Below
He became the presidential candidate for the ‘People's Democratic Party’ (PDP) during the 1999 elections and after winning the election with 62.6% votes he took charge as President of Nigeria on May 29, 1999. This day is marked as the ‘Democracy Day’ and is observed a public holiday as it brought a new light of democracy in Nigeria.
In his first term of presidency he travelled extensively and garnered few western supports including the US and the UK. He was globally acclaimed for the critical conciliating measures taken by Nigeria to maintain regional peace in West African countries Liberia and Sierra Leone.
He strived to reduce poverty and corruption, aimed to reform police and military while establishing democracy. One of the prime challenges he faced was the racial and religious discord that became viral with incidents of violence.
He had altercations with few public officials including the President of the ‘Senate’ and the Speaker of the ‘National Assembly’ and had to combat censure moves from both the houses.
Though the 2003 presidential elections were marked with an atmosphere of turbulence including religious and ethnic violence, Obasanjo proclaimed victory defeating his prime contender General Muhammadu Buhari, a former military ruler.
He was censured in November 2003 following his decision to give refuge to Charles Taylor, the unseated president of Liberia.
He along with president of Cameroon, Paul Biya, resolved the dispute of the Bakassi peninsula border by signing the ‘Greentree Agreement’ on June 12, 2006. He ordered withdrawal of the Nigerian Army from the Bakassi Peninsula to continue as pre-planned despite a resolution passed by the Nigerian Senate declaring such move as illegal.
The economic growth of the country during Obasanjo's government was immense including high growth rate of GDP, higher oil prices and increase in foreign reserves. He also successfully acquired debt pardons from London and Paris that sums up to around $18 billion.
He had reshuffled his cabinet of ministers a number of times and even merged and split ministries during his two presidential terms.
Continue Reading Below
According to him he never reckoned with the idea of a third term, he landed up in the middle of a controversy for his "Third Term Agenda" that proposes amendment of the constitution allowing a third four-year term to the President. Following a political media furore the ‘National Assembly’ disapproved the bill.
Post presidency he served as Chairman of the Board of Trustees of the ‘People's Democratic Party’ and resigned from the post in April 2012.
He pulled out from the PDP on February 16, 2015 and while in a conference asked a ward leader to destroy his membership card.
He is an ‘Africa Progress Panel’ member. The panel comprise ten prominent individuals who promote unbiased and viable progress of Africa at the highest level.
He holds membership of the non-profit organisation ‘Club de Madrid’ along with over hundred members who remained Presidents and Prime Ministers of different countries. The organisation advocates democracy and reform in the global community.
Personal Life & Legacy
His first wife was Esther Oluremi who remained the ‘First Lady of Nigeria’ from February 13, 1976 to October 1, 1979. One of her son with Obasanjo, Dr. Iyabo Obasanjo-Bello was a Senator of Ogun State.
His second wife Lynda was killed by armed men in 1987.
Mojisola Adekunle, a retired Major of the Nigerian Army remained his wife from 1991 to 1998. She also ran for Presidency in 2003 and 2007.
His wife Stella Abebe became the ‘First Lady of Nigeria’ on May 29, 1999 and held the post till her death on October 23, 2005.
One of his sons Dare Obasanjo works with the ‘Microsoft’ as a ‘Principal Program Manager’.
His children are settled in Nigeria, the US and the UK.
Recommended Lists:
Leaders #488
You May Like

See the events in life of Olusegun Obasanjo in Chronological Order 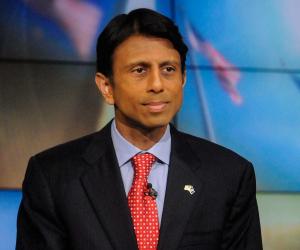