Ira Hayes was a Pima Native American who served as a United States Marine and is best remembered as one of the six flag-raisers who have been immortalized in Associated Press photographer Joe Rosenthal's iconic photograph capturing the flag-raising on Iwo Jima during the Second World War. He was born into the Gila River Pima Indian Reservation in Arizona, members of which were not even considered as citizens or had voting rights when he was born. However, he joined the Marine Corps Reserve and fought in Bougainville and Iwo Jima during WWII. He received several honors and also helped in identifying his deceased friend Harlon Block in the Rosenthal picture. He succumbed to alcoholism and died at the age of 32, following which he was buried with full military honors at Arlington National Cemetery. A figure of him and his friends raising the flag is showcased in the Marine Corps War Memorial in Arlington, Virginia. Stanley A McChr...
Military Leaders #164
Leaders #641
DID WE MISS SOMEONE?
CLICK HERE AND TELL US
WE'LL MAKE SURE
THEY'RE HERE A.S.A.P
Quick Facts

Cause of Death: Drinking

American Celebrities
American Men
Male Leaders
Capricorn Leaders
American Leaders
Childhood & Early Life
Ira Hamilton Hayes was born on January 12, 1923, in Sacaton, the capital of the Gila River Indian Community in Pinal County, Arizona, the United States. He was the eldest of six children of Joseph Hayes, a World War I veteran who supported the family on subsistence farming and cotton harvesting, and Nancy Hamilton, a devout Presbyterian and Sunday school teacher.
Two of his siblings, Harold and Arlene, died as babies, while two others, Leonard and Vernon, died before reaching the age of 30.
Ira Hayes, who had learned to read and write by the time he was four, was a quiet kid who read extensively and became one of few Pimas with good understanding of the English language.
He attended grade school in Sacaton even after his family settled in Bapchule, Arizona, in 1932, and later studied at the Phoenix Indian School in Phoenix, Arizona, as a boarder. After completing high school, he served in the Civilian Conservation Corps in May and June 1942 before briefly working as a carpenter.
Continue Reading Below
You May Like

Famous Beautiful Women With Green Eyes
Military Career
Ira Hayes, who got updates about WWII every morning at high school, had revealed to his classmate his intention of joining the army after the Japanese attack on Pearl Harbor in December 1941.
On August 26, 1942, 19-year-old Hayes listed in the Marine Corps Reserve, following which his community organized a traditional send-off ceremony for him.
After going through recruit training in Platoon 701 at Marine Corps Base, San Diego, he volunteered for Marine paratrooper training at the Marine Parachute School at Camp Gillespie in October 1942.
Nicknamed 'Chief Falling Cloud', he earned his silver 'jump wings' after his graduation on November 30, 1942, and was promoted to private first class on December 1.
He joined Company B, 3rd Parachute Battalion, Divisional Special Troops, 3rd Marine Division, at Camp Elliott, California, on December 2, 1942. His battalion sailed for New Caledonia on March 14, 1943, and was assigned to Camp Kiser from March 25 to September 26.
The unit, re-designated as Company K, 3rd Parachute Battalion, 1st Marine Parachute Regiment of the I Marine Amphibious Corps, was sent to Guadalcanal in April 1944. After the unit arrived in Vella Lavella for occupational duty on October 14, he fought as a platoon automatic rifleman during the Bougainville Campaign against the Japanese.
He first returned to Guadalcanal with the 3rd Parachute Battalion and then to Camp Pendleton, California, where the 1st Parachute Regiment was officially disbanded in February 1944. He was subsequently assigned to Company E, 2nd Battalion, 28th Marine Regiment of the newly activated 5th Marine Division which sailed to Hawaii in September for further training.
When the 5th Marine Division reached the island Iwo Jima on February 19, 1945, Hayes and the Second Platoon, Easy Company, 2/28 Marines were dropped off of the USS Talladega near Mount Suribachi.
Third Platoon of Easy Company, 2/28 Marines, captured Mount Suribachi on February 23, 1945, and raised an American flag, which was later replaced by a larger flag by a group of six people, including Hayes.
Continue Reading Below
Sergeant Michael Strank, with orders to take supplies up Mount Suribachi, took Hayes, Corporal Harlon Block and Private First Class Franklin Sousley on patrol duty in the evening of February 23, 1945.
Marine Private First Class Rene Gagnon, who was ordered to replace the flag, was assisted by the four Marines and Private First Class Harold Schultz, who were immortalized in the iconic picture by Joe Rosenthal.
Ira Hayes fought with his unit until the island was secured on March 26, 1945, and left for Hawaii aboard USS Winged Arrow on March 27, 1945, as one of the five surviving members of the Easy Company.
He, along with Rene Gagnon and Navy corpsman John Bradley, who was misidentified as Harold Schultz in the picture until June 23, 2016, were celebrated as national heroes.
The three surviving flag-raisers were assigned to make public appearances to help sell war bonds issued by President Franklin Roosevelt to defray the war debt. Hayes and the others raised the same flag in New York City and toured from May 11 to 24, after which he returned to Hawaii to resume service with Company E.
He was promoted to corporal on June 19, 1945, and served with E Company on occupation duty in Japan from September 22 to October 26. He was honorably discharged on December 1, 1945, and was honored with a Navy Commendation on February 21, 1946.
Family & Personal Life
Ira Hayes attempted to lead a quiet life after the war, but his solitude at the reservation was regularly broken by curious visitors who wanted to meet the Native American war hero. Later in 1949, he re-enacted his role in a brief sequence for the film 'Sands of Iwo Jima', which captured him handing the same flag to Gagnon.
Hayes, who gave in to drinking and was arrested 52 times from various public places for intoxication, was disturbed by the fact that so many of his good friends had died in the war. He took up various odd jobs, including driving for Elizabeth Martin, former wife of Dean Martin, but could not hold on to the jobs because of his alcoholism.
After his body was found beside an abandoned hut near his residence in Sacaton, Arizona, the Pinal County coroner registered the cause of his death as “exposure and alcohol poisoning.”
While no autopsy was conducted, it was revealed by his brothers that he became involved in an altercation with Henry Setoyant, a Pima Indian, the previous night, but he denied fighting with Hayes.
In his 1961 biopic, 'The Outsider', based on William Bradford Huie's 1959 book of the same name, he is shown as being drunk and freezing to death on a mountain top. Folksinger and songwriter Peter LaFarge immortalized his story in the song 'The Ballad of Ira Hayes', which depicted a drunken Hayes drowning in two-inch-deep ditch water.
Trivia
Ira Hayes was initially silenced by a Marine Corps officer when he attempted to correct his friend Harlon Block being misrepresented as Sergeant Henry Hansen in the Rosenthal photograph in April 1945. He later revealed the truth to Block's family, following which Block's mother wrote to her congressman, and the controversy was resolved in January 1947.
You May Like

See the events in life of Ira Hayes in Chronological Order 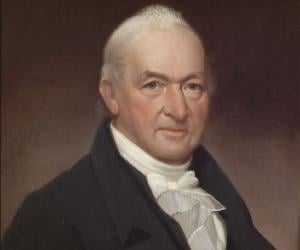 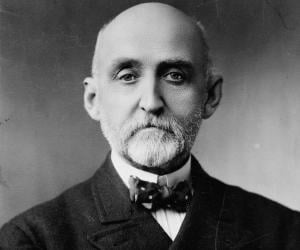