DID WE MISS SOMEONE?
CLICK HERE AND TELL US
WE'LL MAKE SURE
THEY'RE HERE A.S.A.P
Popularity Index
00
Political Leaders #1312
Leaders #1894
Quick Facts 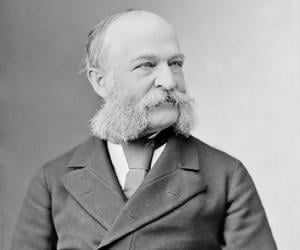 Who was Obafemi Awolowo?

Obafemi Awolowo was a Nigerian political leader and author who was a key participant in Nigeria’s independence struggle against the British rule. Affectionately known as ‘Chief Awolowo’ or ’Awo’, he also took part in the ‘First and Second Republics’ and Nigerian ‘Civil War’. He is one of the founding fathers and a national hero of modern Nigeria. He is remembered for his nationalist ideas, social and economic reforms and federalist beliefs. Born in a small town, he was educated in various mission schools and took up many jobs to support his higher education. He got his first taste of politics when he became involved in the youth movements of that time. After obtaining a bachelor’s degree, he got his law degree from London. Upon his return, he got actively involved in the independence movement, founding trade unions and the 'Action Group’ political party. He became the premier of the Western Region but was later imprisoned for sedition. He held several important positions in subsequent years. He authored many political books on Nigeria and was honored for his numerous achievements and contributions. Black Political Leaders
Nigerian Men
Male Leaders
Pisces Leaders
Childhood & Early Life
Obafemi Jeremiah Oyeniyi Awolowo was born on March 6, 1909, in Ikenne, Nigeria. His father was a sawyer and a farmer who passed away when he was ten. Details about his mother and siblings are not known.
He studied at various mission schools in the towns of Ikenne, Abeokuta and Ibadan.
Continue Reading Below
You May Like

Nigerian Leaders
Nigerian Political Leaders
Pisces Men
Career
Obafemi Awolowo started working early in life, first as a teacher in Abeokuta, then as a shorthand typist and later as a clerk at ‘Wesley College Ibadan’ while simultaneously working as a ‘Nigerian Times’ correspondent.
In 1940, he joined the ‘Nigerian Youth Movement’ and became the secretary of Ibadan branch.
In 1944, he acquired a ‘Bachelor of Commerce’ degree from ‘University of London’ through correspondence. Inspired by the Indian independence movement, he organized a grassroots-level protest against the palm kernel export ban that he believed would ignite African minds against the British colonial rule.
Thereafter, along with political activities, he took up various business ventures and jobs to fulfill his dream of studying law.
Soon after, Obafemi Awolowo went to London, got his law degree and became a barrister. While living in London, he was heavily involved in Nigerian independence activities, voicing his support for a federalist government to serve the diverse population of Nigeria.
In 1947, he returned to Nigeria and started practicing law in Ibadan. He also set up various trade unions in his free time.
In 1951, Obafemi Awolowo founded the political party, ’Action Group,’ and was elected its first president. He also won the first election of the Western Region that year.
From 1954-59, as the first premier of the Western Region, he worked assiduously to implement a range of public welfare programs related to access to primary education, agricultural development, improvements in rural healthcare, etc. He also attempted to ally with ethnic groups of neighboring regions in order to make ‘Action Group’ a nationwide party.
In 1959, he resigned from the premiership to run for the ‘Federal House of Representatives’, but his party was defeated, which brought him and another senior party member, Chief SL Akintola, to loggerheads.
Continue Reading Below
In 1963, as a result of the power struggle between him and Akintola, he was charged with sedition and sentenced to ten years in jail. In 1966, a military coup resulted in his freedom, end of the 'First Republic,’ and the death of Akintola.
From 1967–71, Obafemi Awolowo held the position of ‘federal commissioner for finance’ under the military administration during Nigeria’s ‘Civil War’.
In the mid-1970s, he held several important positions, including university chancellorship roles.
In 1978, after the removal of the ban on political activities, he became the leader of ‘Unity Party of Nigeria (UPN)’.
In 1979, Obafemi Awolowo ran in and lost the presidential election. In 1983, he again lost the presidential election to politician Shehu Shagari. Following another political ban implemented by a military coup that year, he retired from politics.
Major Works
In 1947, Obafemi Awolowo wrote his first book ‘Path to Nigerian Freedom’.
In 1949, he started a private newspaper, ‘Nigerian Tribune’, to ignite nationalist sentiments among his countrymen and co-founded ‘Egbe Omo Oduduwa’ (Society of the Descendants of Oduduwa) for the preservation and study of Yoruba culture.
In 1960, he wrote his second book ‘Awo: An Autobiography of Chief Obafemi Awolowo’ and ‘Anglo-Nigerian Military Pact Agreement’.
In 1966, Obafemi Awolowo penned ‘Thoughts on the Nigerian Constitution’ while in prison.
Continue Reading Below
Between 1968 and 1985, he wrote many books like ‘The People's Republic’, ’Problems of Africa’, ‘Awo on the Nigerian Civil War’, and ’Adventures in Power.’
Awards & Achievements
In 1959, Obafemi Awolowo started the first television station in Africa, ‘WNTV’.
He was awarded honorary titles by the Republic of Liberia and Republique du Senegal.
In 1982, he was awarded Nigeria’s highest honor, 'Grand Commander of the Order of the Federal Republic (GCFR).’
In 1992, the ‘Obafemi Awolowo Foundation’ was founded in his honor.
He coined the term ‘Naira’ for Nigeria’s currency, and since 1999, his image has been printed on the 100 Naira banknote.
He holds several honorary chieftaincy titles like ‘Losi of Ikenne’, ‘Lisa of Ijeun’, ‘Odofin of Owo’, etc.
He built Africa’s first modern sports arena, ‘Liberty Stadium’.
After his death, ’University of Ife’ was renamed ‘Obafemi Awolowo University’ in his honor.
Family & Personal Life
In 1937, Obafemi Awolowo married Hannah Idowu Dideolu, with whom he had three daughters and two sons.
On May 9, 1987, he died at his home in Ikenne, and was honored by leaders from across the country.
Trivia
’The king loves me’ is reportedly the meaning of the first name of this Nigerian politician, and his last name means 'commands respect’.
He is said to be the first person in modern history to be called ‘Leader of the Yorubas’.
You May Like

See the events in life of Obafemi Awolowo in Chronological Order