Advanced Search
Oksana Petrovna Grigorieva is a Russian pianist, singer, and songwriter who has been described by critics as a “rare and unique talent.” She first gained international prominence with her song ‘Un día llegará’ in 2006. Her first album ‘Beautiful Heartache’ took her popularity to a higher level, as it garnered commercial success and critical acclaim for her. In 2013, her second album ‘Love to Dance’ was released. In the initial years of her career, she taught music in the UK and the US, and patented a technique of teaching musical notation to children. Oksana is also well known for her high profile relationships with celebrities like Timothy Dalton and Mel Gibson. Fond of music from a young age, she started taking piano lessons at the age of four. When she was seven, she composed her first piano piece, and performed Bach, Mozart, and Tchaikovsky in concerts. Chasing her dreams, she moved to the UK to continue her musical training. While still a student, she started giving private music lessons as well as worked in public and private schools as a chorus master. Once at a London restaurant, the royal photographer Patrick Lichfield spotted her. This incident would prove to be a turning point for her. Soon her photos were all over fashion magazines, which led to a successful modeling career. Eventually she was able to achieve her initial dream of becoming a musician as well. Dmitry Shostako...
DID WE MISS SOMEONE?
CLICK HERE AND TELL US
WE'LL MAKE SURE
THEY'RE HERE A.S.A.P
Quick Facts

Russian People
Lyricists & Songwriters
Classical Singers
Russian Women
Royal Academy Of Music
Childhood & Early Life
She was born as Oksana Petrovna Chernuha on February 23, 1970, in Saransk, Mordovia, in Russia. Her father Petr Chernukha and mother Ludmila Grigorieva-Chernukha are both music professors. Her sister Natalie is 12 years younger to her. Her grandparents were honored for their courage in the World War II against the Nazis.
She grew up in Ukraine and Russia, and during the 1980s, she studied piano at a local school of music and also attended the Kazan conservatory in Russia. However, she did not graduate from the conservatory, and abruptly ended her studies after three years. She then moved to England where she continued studying piano at the Royal College of Music and Trinity College in London.
Continue Reading Below
Recommended Lists:

Pisces Singers
Women Singers
Women Pianists
Pisces Musicians
Career
In England, Oksana did a number of jobs like cleaning, caring for the elderly, and waiting tables to support herself. She also taught piano to children. She gave free piano performances at different churches.
At a London restaurant, she came to the notice of the royal photographer Patrick Lichfield. Soon she was featured in various fashion magazines, which led to a modeling career.
In the UK, she worked under the name Sacha Chernuha before changing it to Oksana Grigorieva. She also began composing and performing music, and produced music for a few independent films and advertisements. She composed music for stage productions as well in collaboration with Gregory Peck and Vanessa and Lynn Redgrave.
She then moved to the US, and lived in New York City and Los Angeles. She started giving music lessons in the US, and patented a technique of teaching musical notation to children.
She recorded a solo album produced by American actor and filmmaker Mel Gibson, and they both co-authored two songs. She also signed a contract with Mel Gibson's production company, Icon Records, for making four of her songs into videos.
On discovering Oksana’s talent, impresario David Foster mentored her. In 2006, Josh Groban recorded her song ‘Un Dia Llegara’ for his album 'Awake', which gained her prominence as a songwriter. In 2008, Gibson's company, Icon Records, employed Oksana Grigorieva as a musician.
In 2009, her music album ‘Beautiful Heartache’ was released; it was produced by Mel Gibson. The album included 11 tracks, and a cover of the Russian song ‘Dark Eyes’. She wrote all the songs, except the song ‘Say My Name’, which was co-written with Mel Gibson. The album was a great hit, and the songs ‘Dark Eyes’, ‘Evening with Daddy’, and ‘What Kind Of Love Is This’ became very popular. Gibson also gave Oksana a cameo role in some hospital scenes in ‘Edge of Darkness’ in 2010.
In December 2012, it was revealed that Oksana was all set to venture into hip-hop and dance music after being inspired by the likes of Elton John, Joni Mitchell, Chrissie Hyde, Peter Gabriel, and Kate Bush. In 2013, she released her EP ‘Love to Dance’, which included super hit tracks like ‘Dark Secret’, ‘Party,’ and ‘Prayer.’ As of today, she regularly performs at concerts and musical programs.
Recommended Lists:

Russian Musicians
Female Pop Singers
Russian Pop Singers
Russian Female Singers
Personal Life
In 1989, Oksana married Russian lawyer Igor Baranov who shared her desire to live in the West. Unfortunately, the marriage lasted for just three months. While the Soviet Union was falling apart and the situation was becoming increasingly hard, Oksana moved to England to fulfill her dreams.
In 1992, she married British artist Nicholas Rowland, who was 19 years older to her. After two years, their marriage fell apart and they were divorced in 1994.
In 1995, she began a relationship with actor Timothy Dalton. They met while she was employed as a translator for filmmaker Nikita Mikhalkov. Dalton, who was then in his 50s, invited her to live together at his homes in Chiswick, London, and in West Hollywood. Their son Alexander was born on August 7, 1997. However, the couple broke up in 2003.
Oksana also had a relationship with actor/director Mel Gibson. He invited her to move into his Malibu home in 2007. In 2009, Oksana moved with her son Alexander into a home in Sherman Oaks, bought for her by Mel Gibson's company, where their daughter Lucia was born on October 30, 2009. Since the baby was born prematurely, Oksana's mother Ludmila came from Russia to look after the baby. The following year, the couple broke up, and the legal battle over the custody of their daughter was widely publicized.
Oksana and Mel Gibson separated in April 2010. In June 2010, she obtained a restraining order against Gibson after accusing him of physically assaulting her. Gibson was, therefore, ordered not to meet Oksana or their daughter.
The legal battle continued for years. In August 2011, Oksana was awarded $750,000, joint legal custody, and a house in Sherman Oaks, California to live in until their daughter turns 18, at which point the house would be sold and the amount turned into a trust fund for Lucia.
Oksana donates to charities in Russia and Ukraine, and supports the Chernobyl Foundation for Children. She also helps to raise funds for children with genetic defects.
Recommended Lists:

See the events in life of Oksana Grigorieva in Chronological Order 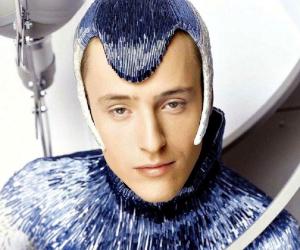 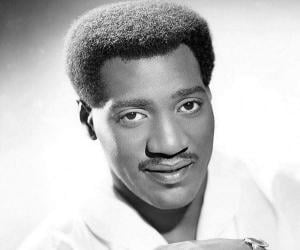