Charlotte Emma Aitchison, popularly known as Charli XCX, is a British singer and songwriter. She has released a total of two studio albums, two mixtapes, and two extended plays in her career so far. Influenced by the likes of David Bowie, Donna Summer, Marilyn Manson, and Rihanna, she began her career at the age of sixteen. Some of her early singles include '!Franchesckaar!' and 'Stay Away'. She gained prominence after Alex Metric released the song ‘End of the World’ which featured her vocals. Following the song’s broadcast on BBC's Radio One, she gained much attention. She released her debut studio album at the age of 20. The album 'True Romance' did well commercially and reached multiple charts. Her second studio album 'Sucker' also turned out to be an international hit. It was a huge commercial success, debuting at number 28 on the US Billboard 200. It entered the charts in various other countries as well. Her EP 'Vroom Vroom' which was released recently also gained significant recognition. In her career so far, Charli has won several awards, including a Billboard Music Award and a Radio Disney Music Award. Liam Payne
Pop Singers #128
Singers #397
2nd August In History
DID WE MISS SOMEONE?
CLICK HERE AND TELL US
WE'LL MAKE SURE
THEY'RE HERE A.S.A.P
Quick Facts

British People
Leo Singers
Women Singers
Leo Pop Singers
British Singers
Childhood & Early Life
Charlotte Emma Aitchison was born on 2nd August 1992 in Cambridge, Cambridgeshire, England, father Jon Aitchison, an entrepreneur, and mother Shameera, a former nurse and flight attendant.
She grew up in Start Hill and attended Bishop’s Stortford College. However, she left the college in 2010. She later also studied for some time at the UCL’s Slade School of Fine Art in London.
Continue Reading Below
You May Like

The Hottest Male Celebrities With The Best Abs
Career
Charli started writing songs from the early age of 14. She took a loan from her parents and began recording an album. By early 2008, she had begun posting songs from her album on her ‘MySpace’ page. Her music caught the attention of a promoter who ran illegal warehouse raves.
She started using the stage name Charli XCX and attended several raves. Her songs soon became hits with the local audiences and she shortly released the singles ‘!Franchesckaar!’and ‘Emelline/Art Bitch.’ She signed to Asylum Records in 2010.
Singer Alex Metric released the single ‘End of the World’ in 2011, which featured her vocals. After the song was played on BBC’s Radio One, she gained a lot of popularity. She next released the single ‘Stay Away’, and ‘Nuclear Seasons’. Both the singles gained significant attention.
In May 2012, Charli XCX released her first mixtape ‘Heartbreaks and Earthquakes’. In November 2012, she released her second mixtape ‘Super Ultra’.
She released her debut studio album ‘True Romance’ in April 2013. The album earned positive response from critics. It sold 1,241 copies in its first week and peaked at number 85 on the UK Albums Chart.
Soon Charli XCX began working on her second album. Her song ‘SuperLove’ which released in November 2013 peaked at No 62 at the UK Singles Chart.
Soon she was featured on the single 'Fancy' by Australian rapper Iggy Azalea. The track topped the US Hot 100. During this time, Charli collaborated with a few other artists as well, some of them being Ryn Weaver, Sky Ferreira, Neon Jungle, Rihanna, and Gwen Stefani.
Her album ‘Sucker’ was eventually released in December 2014 and became an international hit. It debuted at number 28 on the US Billboard 200. It also received favorable reviews from critics. The song 'Break the Rules' from the album was a huge hit, charting in several countries. It was listed as the fifth best song of 2014 by the ‘Cosmopolitan’ magazine.
In July 2015, she announced that she was working on her third album. In February 2016, she released her second EP ‘Vroom Vroom’, which served as a teaser for the album. In July 2017, she released 'Boys,' the first single from her third album. It entered the charts in multiple countries, topping a few of them.
Major Works
'True Romance’ was the first studio album by Charli XCX. It was released on 12th April 2013. Some of the tracks in the album were ‘Nuclear Seasons’, ‘You (Ha Ha Ha)’, ‘Take My Hand’ and ‘So Far Away’. It stood at 11th position on the Australian Hitseekers Albums Chart, at 85th position on the UK Albums Chart, and at 5th position on the US Top Heatseekers Albums Chart. It was met with positive reviews from critics.
'Sucker’ was the second studio album by Charli XCX. It was released on 15th December 2014. The album included the tracks ‘Break the Rules’, ‘London Queen’, ‘Boom Clap’ and ‘Famous’. The album was a huge commercial success, peaking at 28th position on the US Billboard 200. It sold nearly 30,000 copies in its first week. It also entered the charts in various other countries. It was met with mostly positive reviews as well.
'Break the Rules’, a song from Charli’s second album ‘Sucker’, is undoubtedly one of the most successful singles of her career. The song, which was a huge hit, was listed by ‘Cosmopolitan’ magazine as the fifth best song of 2014. The song entered the charts in several countries as well. It was released on 19th August 2014, as the second single from her second album.
Awards & Achievements
Charli XCX has earned 44 award nominations so far in her career, out of which she has won 11. The awards won by her include a ‘Billboard Women in Music Award’ for Hitmaker of the Year (2014), a ‘Teen Choice Award’ for Choice R&B/Hip-Hop Song in 2014, ‘Billboard Music Award’ for Top Rap Song in 2015, and a ‘Radio Disney Music Award’ in Best New Artist in 2015.
Personal Life
Charli XCX is currently known to be single. In the past she had been in a relationship with Ryan Andrews.
Trivia
In 2014, she did a minor voice role in the American animated TV series ‘Major Lazer’.

See the events in life of Charli XCX in Chronological Order 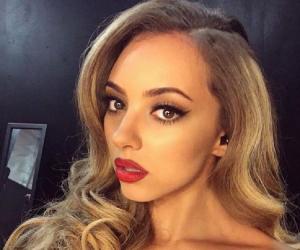