(Known For His Action Hero Roles)

Mel Colm-Cille Gerard Gibson, popularly known as Mel Gibson, is an American actor and filmmaker. He is an Academy Award winner and is well-known for his portrayal of characters in movies like Mad Max and the Lethal Weapon series. Born in New York, his family moved to Sydney, Australia for safety and domestic stability when he was just 12. His father feared that if he stayed in the U.S., both his sons would be drafted for the Vietnam War. In Australia, after completing his school education, Mel Gibson enrolled at a drama school. This became the turning point of his life. From theatre, he soon went on to give his first hit movie Mad Max in Australia, and then captivated the US audience as well with its sequels and other movies. People magazine named him the Sexiest Man Alive in 1985. The movie Braveheart proved to the audience that his directing skills were as good as his acting skills. This successful change from actor to director earned him comparisons with Clint Eastwood. But outside of his work, his life has been marred by his controversies such as, alcoholism, drunk driving, domestic violence, drug addiction, and accusations of him being a homophobic, anti-Semitic, racist, and misogynist.

Image Credit
https://www.youtube.com/watch?v=ntVge6GVcuk
(One Life One Video)
Previous   Next

Milo Gibson
DID WE MISS SOMEONE?
CLICK HERE AND TELL US
WE'LL MAKE SURE
THEY'RE HERE A.S.A.P
Quick Facts

Mel Gibson was born on January 3, 1956, in Peekskill, New York, USA, to Hutton Gibson and Anne Patricia. He is the sixth-born child of the couple and had 10 other siblings.

Hutton was a railroad brakeman. In the year 1964, he suffered a major accident and lost his job. The New York Central Railroad compensated him with US $145,000. He also won $21000 in the game show Jeopardy.

Mel was 12 years old during the Vietnam War. Afraid that their sons might be drafted into the war, the family shifted to West Pymble, Sydney, Australia.

Mel Gibson completed his high school education at St. Leo's Catholic College, Wahroonga, and Asquith Boys High School in Asquith. He then went to the University of New South Wales in Sydney. 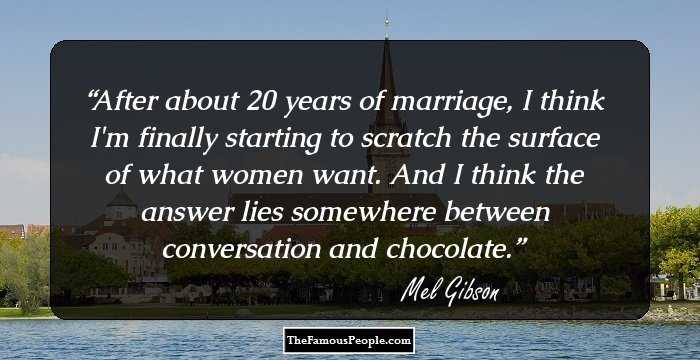 After graduation, Gibson aspired to be a chef or a journalist. But his sister submitted an application on his behalf at the National Institute of Dramatic Art (NIDA) in Sydney. He auditioned and got selected. After graduating in 1977, he went to the Southern Australian Theater Company.

His big screen debut was an uncredited role in the movie I Never Promised You A Rose Garden. He did another low-budget movie called Summer City and a television show called The Sullivans, all in 1977.

The doors to fame opened in 1979, after his portrayal of Max Rockatansky in the movie Mad Max and as a mentally disabled man in Tim.

In 1981, Mel Gibson returned with Mad Max 2: The Road Warrior. The movie made him an international star. He received critical praise for The Year of Living Dangerously (1982) and The River (1984). He worked with stars like Laurence Olivier, Edward Fox, Liam Neeson, and Daniel Day-Lewis in The Bounty (1984).

In 1985, he received his first million-dollar salary with Mad Max: Beyond Thunderdome, the third sequel of the series.

In Lethal Weapon, starring opposite Danny Glover, he became a familiar face in the United States. The 1987 movie was such a hit that three other sequels were made in 1989, 1992, and 1998.

In 1990, afraid of being stereotyped as an action hero, Mel Gibson changed genres. He did Hamlet, Bird on a Wire (adventure comedy), and Air America (action comedy).

In 1993, he made his directorial debut with the movie The Man Without a Face and also starred as a severely disfigured burn victim in the film.

Gibson's most passionate project to date, Braveheart was released in 1995. Along with directing, he played the role of Sir William Wallace in the film. He surpassed everyone's expectations and the movie went on to win two Oscars.

The year 2000 was financially a good one for him. Three of his films, The Patriot, Chicken Run, and What Women Want, grossed over $100 million.

In 2002, Mel Gibson was seen in the hit movie Signs, directed by M. Night Shyamalan.

He also expanded his genre and played negative characters in the movies, Machete Kills (2013) and The Expendables 3 (2014).

In 2016, he directed Hacksaw Ridge, which received six Oscar nominations, including Best Picture and Best Director. In 2019, he produced and acted in the biographical drama film The Professor and the Madman.

In 2021, Mel Gibson appeared in a couple of films, namely Boss Level and Dangerous. 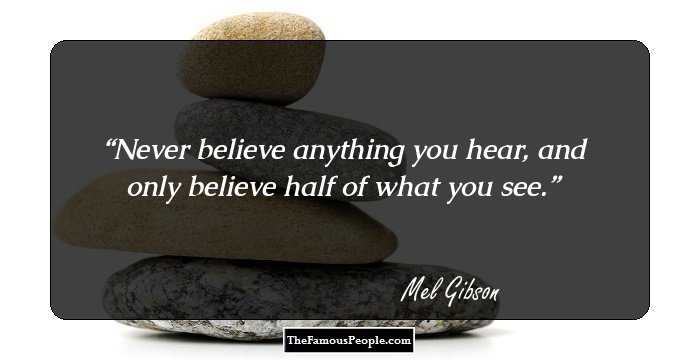 Gibson has acted in several films, most noteworthy of them being the Mad Max series and the Lethal Weapon series.

Among his directorial ventures, Braveheart and The Passion of the Christ became huge hits. Braveheart earned him two Academy Awards.

Gibson received the Australian Film Institute Award for Best Actor in a Leading Role for Tim and Gallipoli, in 1979, and 1981, respectively.

He won the Academy Award for Best Picture and Best Director for Braveheart in 1995.

He was named the World's Most Powerful Celebrity by the US business magazine Forbes. 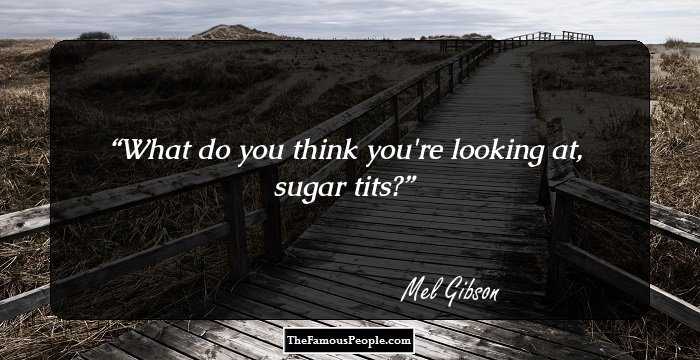 Mel Gibson married Robyn Denise Moore, a dental nurse, on June 7, 1980 in a Roman Catholic Church in Forestville, New South Wales. Together they have a daughter and six sons. They separated in 2006 after 26 years of marriage and finally got divorced in 2011.

In 2009, he began dating Grigorieva and had a daughter, Lucia with her. They separated a year later.

The Gay & Lesbian Alliance Defamation leveled serious charges of him being a homophobic after his comments on homosexuals in an interview in December 1991.

His 2004 directorial venture The Passion of the Christ treaded on the lines of anti-Semitism.

In July 2010, a recorded phone call between Gibson and Grigorieva got him a restraining order and a case of domestic violence.

In 2014, he started dating former champion equestrian vaulter Rosalind Ross with whom he has a son named Lars Gerard, who was born in 2017. He has a total of nine children, including Hannah Mae Brobst.

See the events in life of Mel Gibson in Chronological Order