Advanced Search
Niels Ryberg Finsen was an Icelandic Faroese-Danish physician and scientist famous for his invention of modern phototherapy. He was awarded the Nobel Prize in Medicine and Physiology for his contribution to the treatment of skin diseases like lupus vulgaris, with concentrated light radiation. Finsen found that if smallpox patients are exposed to the red light that is formed by excluding the violet end of the spectrum, then the subsequent pockmarks of small pox do not happen. Finsen was aware that the sunlight destroys bacteria and so he came up with a succesful UV treatment for skin tuberculosis. The 21st century has developed newer forms of treatment like drug therapy and radiation but the discovery of phototherapy remains a foundation stone for radiation therapy in bacteriological research. From an early age, Finsen was suffering from Pick’s disease that thickens the connective tissue of the membranes of liver, hear and spleen. Due to his illness, he was confined in a wheelchair and could not attend the Nobel Prize ceremony in Stockholm. He tried to thwart the symptoms of his illness in different ways, like partaking a diet poor in salt during the last years of his life. In spite of his poor health, he was a mentally agile man who did not let his sufferings become a hindrance to his scientific research. August Krogh
DID WE MISS SOMEONE?
CLICK HERE AND TELL US
WE'LL MAKE SURE
THEY'RE HERE A.S.A.P
Quick Facts 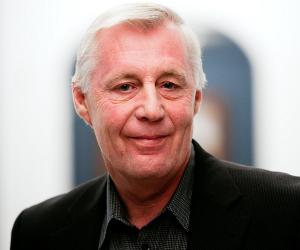 Danish Celebrities
Male Scientists
Male Physicians
Danish Physicians
Danish Scientists
Childhood & Early Life
Niels Ryberg Finsen was born on December 15, 1860, at Thorshavn in the Faroe Islands. He was the second oldest of the four children of Hannes Steingrim Finsen and Johanne Fröman.
In 1858, their family moved to Tórshavn from Iceland when his father took up the job of a Landfoged or revenue collector of the Faroe Islands. In 1871, he became the ‘amtmand’ of the islands.
When Finsen was four-year-old, his widowed father married his mother's cousin Birgitte Kirstine Formann, with whom he had six children.
Finsen received his early education in schools of Tórshavn but in 1874 he was enrolled at the Danish boarding school Herlufsholm, where his elder brother Olaf studied too.
Young Finsen’s grades were low at Herlufsholm. His rector claimed that Niels was "a boy of good heart but low skills and energy".
In 1876, he was transferred to his father's old school, Lærði skólinn, in Reykjavík where his grades improved a lot even though the language was unknown to him.
In 1882, Finsen started his medical studies at the University of Copenhagen, and he graduated in 1890. After his graduation, he became a prosector of anatomy at the university.
In 1893, he quit the post of prosector and devoted himself completely to his scientific research.
Continue Reading Below
Career
Finsen used to teach medical students in order to maintain a modest living.
In 1898, he was appointed professor at the University of Copenhagen. It was from here that his health started deteriorating. His disease however inspired him to sunbath and thus played an important role in his research.
He started collecting observations about animals seeking the sun, and reached the conclusion that the sun had very useful effect on the blood.
In 1893, he devised the treatment of small-pox in red light. He wrote about his findings in the book ‘Om Lysets Indvirkninger paa Huden’(On the effects of light on the skin) that came out the same year.
In 1895, he developed a way of treating lupus vulgaris by furthering the same method i.e. concentration of chemical rays free from heat rays.
In 1896, he built the Finsen Institute in Copenhagen. The institute was later expanded after the sponsorship by two Danish donors, Mr. Hageman and Mr. Jörgensen and also the Danish government.
In 1896, he published a classical treatise ï¿½
His last publication was a study of his disease and his ways of battling it: ‘En Ophobning af Salt i Organismen’ (An accumulation of salt in the organism), published in 1904.
In 1899, he was proffered knighthood and he became Knight of the Order of Dannebrog, to which the Silver Cross was added after a few years.
Major Works
Niels Ryberg Finsen’s breakthrough work was his theory of phototherapy which proves that exposure to daylight or to specific wavelengths of light can treat skin diseases like small pox and neonatal jaundice. The revolutionary carbon arc treatment (Finsen's Therapy) of lupus vulgaris brought him recognition. Through simple experiments Finsen showed that the refractive rays from the sun or from an electric arc can have a benign effect on the damaged skin tissues.
Continue Reading Below
Awards & Achievements
In 1903, Niels Ryberg Finsen won the Nobel Prize in Physiology for his work on phototherapy. He donated 50,000 crowns of the Prize to his Light Institute and another 60,000 crowns to a hospital for heart and liver diseases that he had founded. He was the first Scandinavian to win this prize and the only Faroese Nobel Laureate till date.
He was an honorary member of many societies in Scandinavia, Iceland, Russia and Germany.
He received a Danish gold medal for merit. In 1904 the Edinburgh University awarded him the Cameron Prize.
Personal Life & Legacy
On December 29, 1892, Finsen married Ingeborg Balslev, daughter of bishop Balslev at Ribe.
The couple had four children, of which the eldest boy died. His second son, Halldor was a physician and the elder daughter, Gudrun was married to Professor S. Lomholt, the head of the Department of Skin Diseases of the Finsen Institute.
Finsen’s heart trouble along with his general weakness and ascites confined him to a wheel chair.
On September 24, 1904 Niels Ryberg Finsen died in Copenhagen.
A number of places are named after him including the Finsen Laboratory, the Finsensvej in Frederiskberg and the Finsen Power Station.
A memorial by Rudolph Tegner by the name of ‘Mod lyset’ (Towards the Light) was installed in Copenhagen in 1909 in the honour of Fensen’s discovery of the therapeutic effects of sunlight. 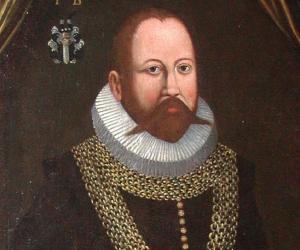