Carl Peter Henrik Dam was a Danish biochemist who, along with Edward A. Doisy, was awarded the Nobel Prize in Physiology or Medicine in 1943. He won the prize “for his discovery of vitamin K”. Born in a modest family of an apothecary and a teacher, he graduated in chemistry from the Copenhagen Polytechnic Institute. After graduation, he began his career as an instructor in chemistry at the School of Agriculture and Veterinary Medicine. Within the next three years, he was appointed instructor in biochemistry at the Physiological Laboratory of the University of Copenhagen. He completed his doctoral thesis on the biological significance of sterines. During that period, while studying the metabolism of sterines in chicken, he discovered vitamin K. After he fed the chickens a restricted cholesterol free diet, he noticed that they suffered from a deficiency disease that caused them to bleed easily and lack blood clotting ability. He credited the disease to the lack of an anti-hemorrhagic vitamin that he demonstrated to be fat-soluble and present in green leaves. He named it vitamin K (Koagulations-Vitamin). In 1939, both he and Doisy, working independently, separated the vitamin from alfalfa. In 1943, they were jointly awarded the Nobel Prize. 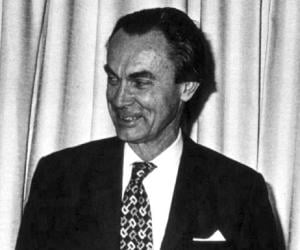 Vanessa Nadal
Biochemists #117
Scientists #2760
DID WE MISS SOMEONE?
CLICK HERE AND TELL US
WE'LL MAKE SURE
THEY'RE HERE A.S.A.P
Quick Facts

Danish Celebrities
Male Scientists
Pisces Scientists
Danish Scientists
Pisces Men
Childhood & Early Life
Henrik Dam was born on 21 February 1895, in Copenhagen, Denmark. His father, Emil Dam, was an apothecary, and his mother, Emilie, was a teacher.
He studied chemistry at the Copenhagen Polytechnic Institute and graduated in 1920.
Continue Reading Below
You May Like

Who Is The Most Popular BTS Member?
Career
After his graduation, Henrik Dam became an instructor (assistant) in chemistry at the School of Agriculture and Veterinary Medicine. In 1923, he was appointed instructor in biochemistry at the Physiological Laboratory of the University of Copenhagen.
In 1925, he studied microchemistry at the University of Graz, Austria under the guidance of Fritz Pregl - the 1923 Nobel Prize Winner in Chemistry. In 1928, he became Assistant Professor at the Institute of Biochemistry, Copenhagen University.
Within a year in 1929, he was promoted to the position of Associate Professor at the same university.
In 1934, he received his Ph.D. degree in Biochemistry from the University of Copenhagen. His doctoral thesis was titled ‘Nogle Undersøgelser over Sterinernes Biologiske Betydning’ (Some Investigations on The Biological Significance of The Sterines).
On receiving Rockefeller Fellowship, he associated with Rudolph Schoenheimer in Freiburg, Germany in 1932–1933 and later with P. Karrer of Zurich, in 1935, to advance his study of sterines metabolism.
During this period, while studying the metabolism of sterines in chicken, he discovered vitamin K. He studied in details its occurrence, biological function in animals and plants, and application in human medicine.
He also investigated the fundamental chemical and physical properties of vitamin K. Later, he studied its purification and isolation in collaboration with P. Karrer.
From the study of vitamin K in animals some new symptoms were observed, such as increased capillary permeability and colouration of adipose tissue. This resulted from the intake of certain fats in the absence of vitamin E.
In 1940–1941, he went on a lecture tour to Canada and the United States under the sponsorship of the American Scandinavian Foundation. He researched at the Woods Hole Marine Biological Laboratories in 1941.
Continue Reading Below
From 1942–1945, he spent time as a Senior Research Associate at University of Rochester, New York, USA. It was during this period that he won the prestigious Nobel Prize in Physiology or Medicine in 1943. He became an Associate Member of the Rockefeller Institute for Medical Research in 1945.
While he was away to the U.S., he was appointed Professor of Biochemistry in 1941 at the Copenhagen Polytechnic Institute. He returned to Denmark in 1946, and continued his research on vitamin K, vitamin E, fats, cholesterol, and nutritional studies in relation to gall-stone formation.
In 1950, the designation of his Chair at the Polytechnic Institute of Copenhagen was changed to Professor of Biochemistry and Nutrition. From 1956 to 1962, he was the leader of the Biochemical Division of the Danish Fat Research Institute.
He published and also collaborated in the publication of more than 300 articles on biochemical problems; highlighting the biochemistry of sterols, vitamins K and E, and fats.
Major Works
While studying sterines metabolism in chickens, Henrik Dam experimented by feeding the chicks a restricted, cholesterol-free diet. Within weeks, he noticed that the chickens bled easily and had reduced blood-clotting ability. He cured their illness by feeding them pigs' liver, alfalfa, cabbage, and spinach. He then discovered the dietary substance required for blood clotting and named it ‘coagulation vitamin’, or vitamin K.
Awards & Achievements
In 1939, both Henrik Dam and Edward Doisy independently isolated vitamin K in alfalfa. For this discovery, the duo shared the 1943 Nobel Prize in Physiology or Medicine.
He was a member of the Danish Academy of Technical Sciences in 1947 and the Royal Danish Academy of Sciences and Letters in 1948. He was Correspondant Étranger, Académie Royale de Médecine de Belgique in 1951.
He was elected Honorary Fellow of the Royal Society, Edinburgh in 1953 and became Joint Honorary President, International Union of Nutritional Sciences in 1954.
In 1960, he received the Norman Medal from the German Association for Fat Research and in 1961 he became a Corresponding Member of the German Association for Nutrition.
Personal Life & Legacy
Henrik Dam married Inger Olsen in 1924.
He died of natural causes on 17 April 1976 in Copenhagen, Denmark. He was buried at Bispebjerg Kirkegård, Copenhagen.
Trivia
Henrik Dam and Doisy received their Nobel Prize for 1943 a year later, in 1944. This was because, in 1943, the Nobel Committee couldn’t agree on a nomination that met the conditions mentioned in the will of Alfred Nobel. Hence, they reserved the coveted prize for the next year.
You May Like

See the events in life of Henrik Dam in Chronological Order 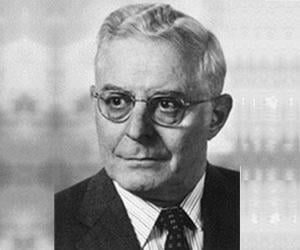