Niels Bohr was a Noble Prize winning Danish physicist who did pioneering work in quantum theory and in contributing to the understanding of atomic structure. Born to a highly influential and well educated famil, he is regarded as one of the most dominant physicists of the 20th century. After earning his doctoral degree in physics, he conducted an intensive research along with Ernest Rutherford on the atomic structures. He formulated the first successful explanation of some major lines of the hydrogen spectrum and his theory of the atom became the foundation of modern atomic physics. His remarkable contribution to the understanding of the atomic structure and quantum mechanics earned him the Nobel Prize in Physics. Among other things, he also proposed the complementarity principle, which states that objects may have a dual nature, similar to that of an electron which behaves both as a particle and a wave, but we can only experience one aspect at a time. During World War II, he escaped arrest by German police and eventually made it to the United States where he acted as a prominent part of the team of physicists working on the Manhattan Project. He was also a noted humanitarian and after the war, he spent the rest of his life advocating the peaceful use of nuclear energy. Arthur Compton
DID WE MISS SOMEONE?
CLICK HERE AND TELL US
WE'LL MAKE SURE
THEY'RE HERE A.S.A.P
Quick Facts

Danish Celebrities
Danish Men
University Of Copenhagen
Libra Scientists
Male Scientists
Childhood & Early Life
He was born on October 7, 1885 in Copenhagen, Denmark, to Christian Bohr, a physiology professor, and his wife, Ellen Adler Bohr, daughter of a wealthy Danish Jewish family. He had an elder sister, Jenny, and a younger brother, Harald.
He received his early education from the Gammelholm Latin School which he joined when he was seven. From 1903 he attended the Copenhagen University where his major was physics, which he studied under Professor Christian Christiansen.
In 1909, he earned a master’s degree in physics and went on to complete his PhD in physics in 1911, both from the University of Copenhagen. His doctoral dissertation was on the electron theory of metals. 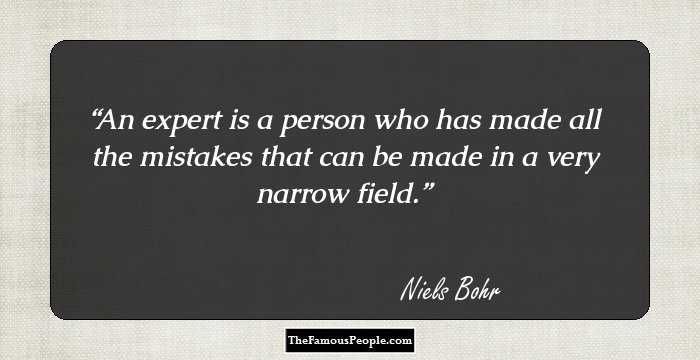 Continue Reading Below
Career
In 1911, he traveled to England and met J. J. Thompson of the Cavendish Laboratory at the Cambridge University. He conducted some research on cathode rays, but failed to impress Thomson. Later, Ernest Rutherford invited him to conduct post-doctoral research in England on the atomic structures.
In 1913, Bohr’s paper on atomic structure was published which became the basis of the famous ‘old quantum theory’.
From 1914 to 1916, he worked as a lecturer of physics at the Victoria University of Manchester, UK.
In 1916, he became a professor of theoretical physics at the University of Copenhagen, a post he held for 46 years. He founded the ‘Institute of Theoretical Physics’ at the Copenhagen University in 1920 and also served as its administrator until 1962.
During World War II, he fled from Denmark to America, where he worked on the Manhattan Project. After the war he became an outspoken activist against nuclear weapons and for the peaceful use of atomic energy.
From 1938 until his death, he was the president of the Royal Danish Academy of Sciences and supervised the first phase of the Commission's program for the peaceful uses of atomic energy.
In 1954 he was quite influential in the establishment of the European Organization for Nuclear Research (CERN). 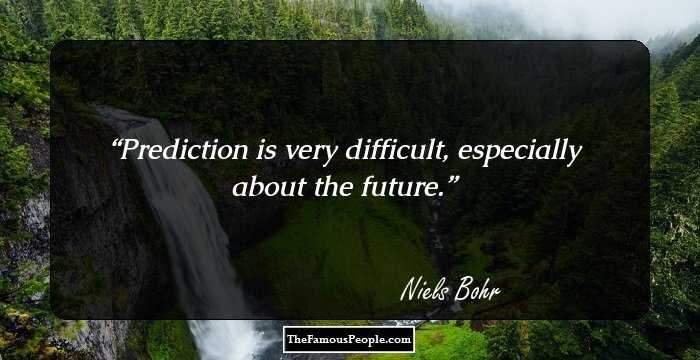 Quotes: Future
Major Works
He proposed an atomic model in which he postulated that electrons travel in fixed orbits around the atom's nucleus, and further explained how electrons emit or absorb energy. He introduced the idea that an electron could drop from a higher-energy orbit to a lower one, in the process emitting a quantum of discrete energy.
Continue Reading Below
He is also known for conceiving ‘the complementarity principle’ which defined that wave and particle aspects of nature are complementary, and can never be experienced simultaneously. The principle states that items could be separately analyzed in terms of contradictory properties, like behaving as a wave or a stream of particles.
Awards & Achievements
In 1921, he received the prestigious ‘Hughes Medal’ from the Royal Society of London.
In 1922, he was awarded the ‘Noble Prize in Physics’ in recognition “for his services in the investigation of the structure of atoms and of the radiation emanating from them”.
In 1923, he was conferred the ‘Matteucci Medal’ by the ‘Italian Society of Sciences’.
In 1926, he was presented the ‘Franklin Medal’ by the Franklin Institute of Philadelphia.
In 1930, he was conferred the distinguished ‘Max Planck Medal’ for his extraordinary achievements in theoretical physics.
In 1938, he received the ‘Copley Medal’ from the Royal Society of London in recognition of his distinguished work in the “development of the quantum theory of atomic structure".
In 1957, he was awarded the ‘United States Atoms for Peace Award’. The same year, he also received the ‘Sonning Prize’ from the University of Copenhagen. 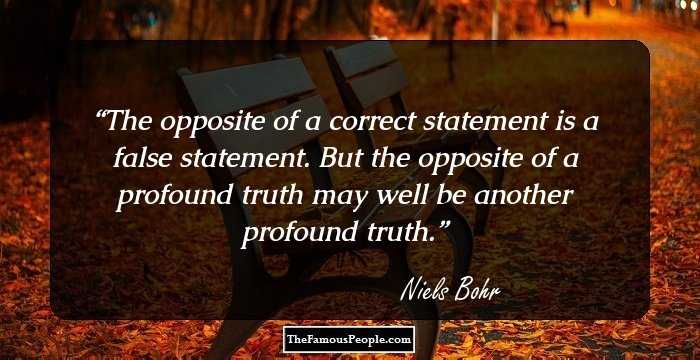 Personal Life & Legacy
On August 1, 1912, he married Margrethe Nørlund, sister of the mathematician Niels Erik Nørlund. The couple was blessed with six sons, of which two died in unfortunate circumstances.
He died on November 18, 1962, at his home in Carlsberg, Copenhagen, Denmark, after having a stroke. His body was cremated, and his ashes were buried in the family plot in the Assistens Cemetery in the Nørrebro section of Copenhagen.

See the events in life of Niels Bohr in Chronological Order 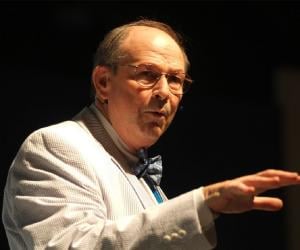 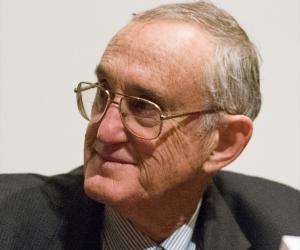