(Diplomat & Philosopher Best Known for His Political Treatise 'The Prince')

Niccolo Machiavelli was an Italian politician, historian and philosopher who is widely known as a father of modern political theory. Also popular as a remarkable writer, Machiavelli was born in Florence and witnessed the troubles of the French invasion. After the restoration of republic in Florence, he was appointed a senior official in the state Republic, a post he held until its fall. While serving as a diplomat for 14 years during the Medici family's exile, he served effectively in a great variety of missions to various countries. When the Medici family returned to power in 1512, Machiavelli was dismissed from his office and briefly jailed. Although pardoned later, he was obliged to retire from public life and as a result, he devoted himself to literature. Thereafter, he earned a reputation as a historian and philosopher through his political treaties but soon turned his attention away from direct involvement in politics. Subsequently, he became involved with several local intellectual groups and started writing plays which received much appreciation. Later, he wrote many other fictional as well as historical works including his masterpiece titled ‘The Prince’, one of the first and finest works of modern political philosophy. Based on monarchal rule, the book inspired the term ‘Machiavellian’ and established Machiavelli as the father of modern political philosophy. A competent diplomat and a noteworthy historian, Machiavelli’s fame as the founder of political science has steadily increased over the centuries Pliny the Younger
DID WE MISS SOMEONE?
CLICK HERE AND TELL US
WE'LL MAKE SURE
THEY'RE HERE A.S.A.P
Quick Facts 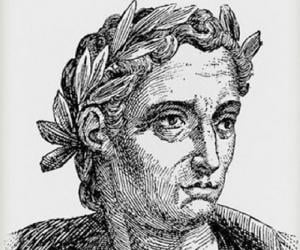 Italian People
Historians
Philosophers
Non-Fiction Writers
Italian Men
Childhood & Early Life
Niccolò Machiavelli was born on May 3, 1469, in Florence, Italy, to Bernardo di Niccolò Machiavelli, a lawyer, and his wife, Bartolomea di Stefano Nelli. He was the oldest son of his parents with two elder sisters, and a younger brother.
Machiavelli was born during the period of French invasion when Italy was divided into four rival city-states and was ruled by other stronger governments all over the rest of Europe. He commenced his elementary education at the age of seven and studied grammar, rhetoric, as well as Latin. 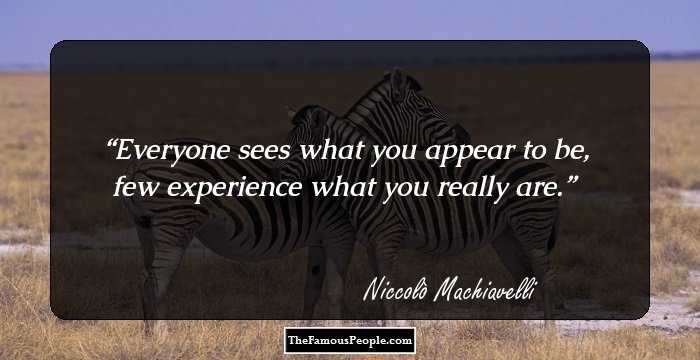 Quotes: You, Experience
Continue Reading Below
Career
In 1494, republic was restored in Florence when the sixty-year ruling Medici family was expelled. Following the temporary fall of Medici family, Machiavelli was appointed a diplomat in the Florentine Republic, a capacity in which he served for the next decade.
During the Medici family's exile, in 1498, Machiavelli was appointed the chancellor and to the office of the second chancery of the Florentine Republic. He was made in charge of the issuance of official government letters and carrying out policy decisions.
Subsequently, Machiavelli became the secretary of the Dieci di Libertà e Pace and over the next few years, he went on several diplomatic missions to take part in discussions on international affairs. He made trips to France, Rome and also conducted excursions to court of Louis XII and the Spanish court.
During the first decade of the 16th century, Machiavelli emerged as an active leader and attempted to organize a citizen militia of the Florentine Republic. The Florentine militia which consisted of citizen-soldiers of the state was successful in defeating Pisa in 1509 under his command.
But, in 1512, when the Medici troops attacked Florentine, Machiavelli’s army was unable to defend the state and as a result, the Medici family was reinstated to power. As a consequence, Machiavelli was dismissed from his office and was accused of plotting against the Medici Family.
He was imprisoned and tortured for being involved in the conspiracy but was released after several weeks. Though innocent, he remained a suspect for years to come and was exiled from an active role in political life. Thereafter, he turned his attention towards writing.
While away from politics, he retired to his estate and developed an interest in the Roman history. Subsequently, he started writing political treatises and made a mark for himself as a historian and an intellectual political philosopher.
In 1517, he wrote ‘Discourses on the First Decade of Titus Livy’, a work of political history and philosophy discussing the expansion of Ancient Rome through the end of the Third Samnite War in 293 BCE.
Machiavelli wrote numerous political as well as historical works such as ‘Dell'Arte della Guerra’ (1519–1520), ‘Discorso sopra il riformare lo stato di Firenze’ (1520), ‘Sommario delle cose della citta di Lucca’ (1520), and ‘Istorie Florentine’ (1520–1525) which is an eight-volume history on the state of Florence.
He also wrote several fictional works such as plays and poems including ‘Asino d'oro’ (1517), ‘Mandragola’ (1518) which is a satirical five-act prose comedy, ‘Clizia’ (1525), and ‘Frammenti storici’ (1525). 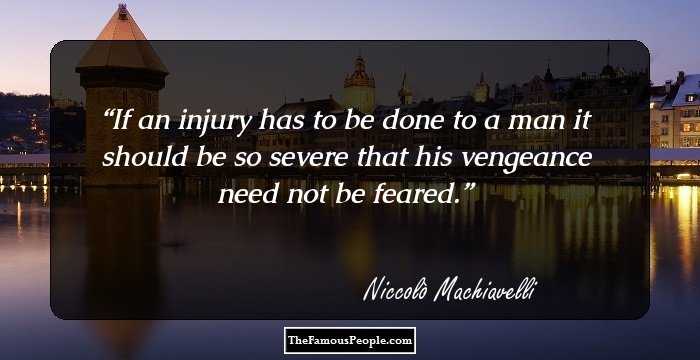 Quotes: Need
Major Works
Machiavelli’s most celebrated work which became the greatest source of his reputation was ‘The Prince’, a political treatise which is regarded as one of the earliest and greatest works of modern political philosophy. First published in 1531, five years after his death, the work discusses about monarchal rule and is often interpreted as the modern political philosophy of survival. The book inspired the term "Machiavellian” and has been regarded as a handbook for politicians to establish their state authority.
Personal Life & Legacy
In 1502, Machiavelli married Marietta Corsini. The couple had six children together; four sons and two daughters.
Machiavelli died in the city on June 21, 1527, in Florence, Italy. He was interred in the church of Santa Croce in Florence. 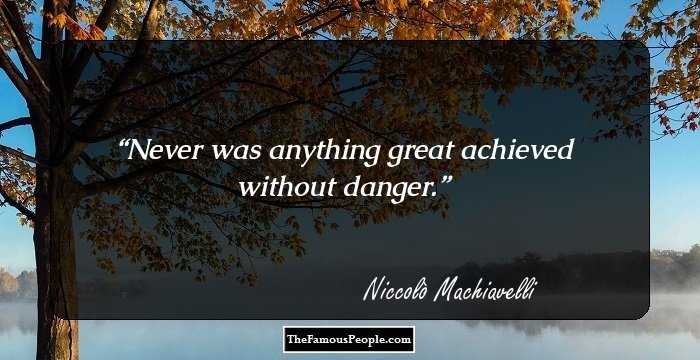 Quotes By Niccolò Machiavelli | Quote Of The Day | Top 100 Quotes

See the events in life of Niccolò Machiavelli in Chronological Order