Naomi Klein is an award-winning author, journalist and syndicated columnist. She is also a fellow at The Nation Institute and the author of the New York Times best-sellers, ‘The Shock Doctrine’ and ‘No Logo’. At a time when cartoons, toys and doll-houses were of primary importance in a girl’s life, Klein was attracted towards designer clothes, fancy merchandise and complicated product advertisements; a queer quality that made her stand out from the rest. An advocate of consumerism, Klein was always drawn towards creative pursuits from a young age and began writing for ‘The Varsity’, a student newspaper, while in college. It was through this she boldly began to express her views and thoughts on feminism; many of which were taken quite negatively. However, one major incident brought a complete change to her views and her life; the massacre at the University of Montreal, where fourteen engineering students who were women, were killed in open-fire. It was this incident that brought out the feminist in her and since then, she has campaigned on a wide range of issues concerning gender visibility, pseudo-social reforms, capitalism, racism, rape and misogyny. If you would like to learn more about this intriguing personality, scroll further.
Continue Reading Below Also Known As: Naomi A. Klein

Canadian People
Non-Fiction Writers
Canadian Women
University Of Toronto
Women Writers
Childhood & Early Life
Naomi Klein was born into a political family in Montreal, Quebec. Her mother, Bonnie Sherr Klein, became known for directing an anti-pornographic film, ‘Not a Love Story’ and her father, Michael Klein, is a physician and a member of the ‘Physicians for Social Responsibility’.
As a child, she was drawn to advertisements and brand names and spent a large amount of her time in shopping malls. She was obsessed with designer labels and was also awed by the outsized logos of big corporations and food joints.
Just before getting she joined the University of Toronto, her mother suffered a serious stroke and had to be looked after, which severely hampered Klein’s education for a year.
The following year, at the age of 18, she enrolled at the University of Toronto, where another event, brought change and sadness to her life. In 1989, over a dozen female engineering students were massacred in an open-fire at the ‘Ecole Polytechnique’. This altered her life in so many ways and it proved to be a wake-up call for the ‘feminist’ in her. 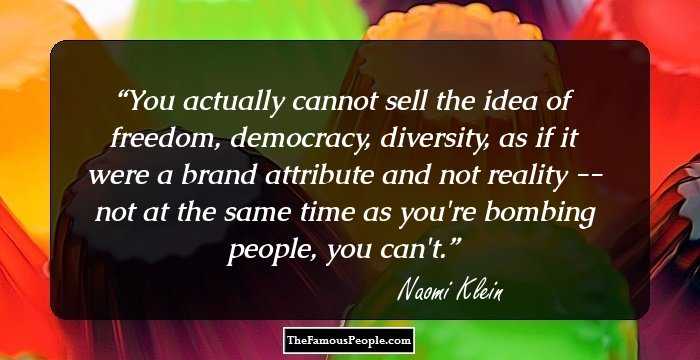 Quotes: You, Time, Peace
Continue Reading Below
You May Like

Famous Beautiful Women With Green Eyes
Career
Her writing career began when she contributed columns to ‘The Varsity’, a student newspaper, where she served as editor-in-chief. She dropped out of university in her third year and took up a job at the ‘Toronto Globe and Mail’, which was followed by an editorship at ‘This Magazine’.
She became a feminist activist and through the 1980s, she campaigned on a wide variety of issues related to gender prominence and social reforms, which in turn, got her a number of rape and death threats. However, she remained undeterred and continued to her voice her opinions.
In 1995, she returned to the university with the hope of finishing her degree but left the institution for a journalism internship, which eventually helped her become a journalist for ‘The Nation’ and ‘The Guardian’.
In 2000, she authored ‘No Logo: Taking Aim at the Brand Bullies’, which became an international phenomenon and earned her widespread recognition. In 2002, she published ‘Fences and Windows: Dispatches from the Front Lines of the Globalization Debate’, a collection of many of her previous works.
In 2004, along with her husband Avi Lewis, she released a documentary, ‘The Take’, centered on the plight of unemployed works in Argentina. This went on to become a huge success and threw light on her filmmaking abilities along with her passion for humanitarian efforts.
In 2007, she authored one of her greatest works yet, titled, ‘The Shock Doctrine: Rise of Disaster Capitalism’.
Apart from her writing and filmmaking skills, Naomi is also known to be a prolific orator. In March 2008, her speech, as the keynote speaker at the ‘Alliance of Concerned Jewish Canadians’, was the highlight of the whole event and threw light on social justice and universal human rights.
At the onset of the Gaza War in 2009, she supported the ‘Boycott, Divestment and Sanctions’ campaign against Israel and was also made the spokesperson for the protest against the spotlight on Tel Aviv at the 2009 Toronto International Film Festival.
In recent years, Klein has actively started practicing environmentalism, with particular emphasis on climate change. She is currently writing a book on the same and has commented on key environmental and social issues pertaining to the recent, ‘Hurricane Sandy’.
Continue Reading Below
On November 10, 2011, she took part in a panel discussion about the prospects of ‘Occupy Wall Street’ with four other panelists, including Michael Moore, William Greider and Rinku Sen. 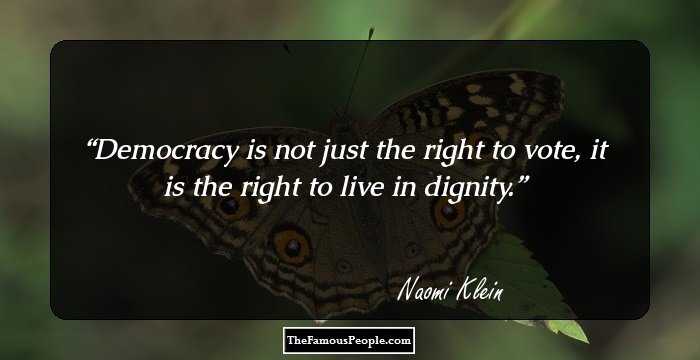 Major Works
The book, ‘No Logo: Taking Aim at the Brand Bullies’, authored by Naomi Klein in 2000, is an international bestseller, translated into more than twenty eight languages, with over a million copies available in print. It has become one of the most influential books about the ‘alter-globalization’ movement and has even won prestigious awards.
‘The Shock Doctrine: Rise of Disaster Capitalism’, published worldwide in 2007, is considered her magnum opus and has been translated into seventeen languages to date. Following the publication of this book, she has been recognized as ‘the most visible and influential figure on the American left’ and was also awarded a cash prize for the same.
Awards & Achievements
She has won the Canadian National Business Book Award and the French Prix Mediations Award for her book, ‘No Logo: Taking Aim at the Brand Bullies’, published in 2000.
She was ranked 11th in an internet poll in the list of ‘top global intellectuals of 2005’.
On February 24, 2009, ‘The Shock Doctrine’ was awarded the inaugural ‘Warwick Prize for Writing’ from the University of Warwick. The prize carried a cash award of 50,000 Sterling Pounds.
In 2011, she received an honorary degree from Saint Thomas University. 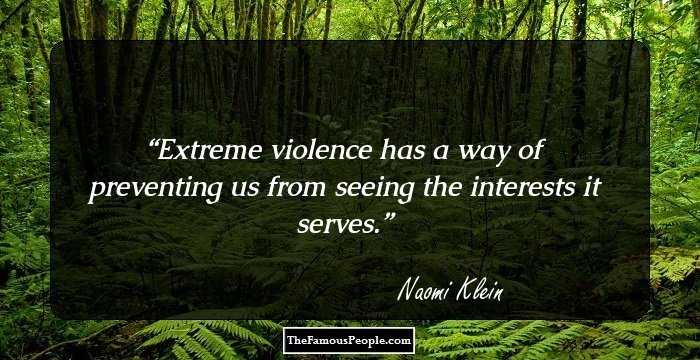 Personal Life & Legacy
She married Avi Lewis, a TV journalist and documentary filmmaker, and the couple has a son, Toma.
Trivia
This famous Canadian author used to stitch fake logos onto her shirts in order to make them appear like genuine branded clothing items in her younger days.
Recommended Lists:
Activists #92
You May Like

Quotes By Naomi Klein | Quote Of The Day | Top 100 Quotes

See the events in life of Naomi Klein in Chronological Order 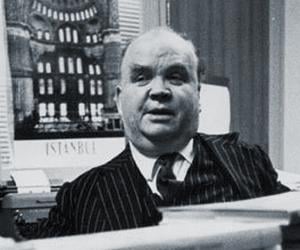