Pliny the Younger was an ancient Roman author, lawyer and magistrate who left behind a collection of hundreds of letters which became an important source for Roman history. He was the nephew of Pliny the Elder, a famous author and natural philosopher. Pliny the Younger lost his father at an early age and was thus raised by his brilliant and well-known uncle Pliny the Elder who undoubtedly had a great influence on the young man. Pliny the Younger, born as either Gaius Caecilius or Gaius Caecilius Cilo, was later adopted by his uncle who left him his estate upon his death. Hailing from a wealthy aristocratic family, he started his career at the age of 18 and became very active in the Roman legal system. He became a very successful lawyer and was known to be an honest and hard working man. He also developed a love for writing at a young age and wrote a tragedy in Greek when he was 14. Over the years he composed poetry and wrote a collection of private letters which later on became a very important source of Roman history. He was also a notable orator known for his magnificent orations though much of his orations have been lost over the centuries. Italian People
Turkish People
Turkish Men
Male Writers
Turkish Writers
Italian Writers
Childhood & Early Life
He was born as Gaius Caecilius or Gaius Caecilius Cilo in 61 AD to Lucius Caecilius Cilo and his wife Plinia Marcella, sister of Pliny the Elder, in Novum Comum. Gaius Caecilius lost his father quite early in his life.
As a young boy, Pliny was educated and mentored by was Lucius Verginius Rufus who was famous for quelling a revolt against Nero in 68 AD. While growing up, Pliny developed a deep respect for his uncle, Pliny the Elder, who was a notable author and a personal friend of the emperor Vespasian.
After receiving his early education he moved to Rome for further studies. There he learnt rhetoric from Quintilian, a great teacher and author, and Nicetes Sacerdos of Smyrna. He loved writing from a young age and penned a Greek tragedy when he was 14.
During this time he also became closer to his uncle, Pliny the Elder. Unfortunately his beloved uncle died in the Vesuvius eruption while trying to rescue other victims. His uncle’s will revealed that he had adopted Gaius Caecilius and had passed his estate to him. Following this, Gaius Caecilius Cilo changed his name to Gaius Plinius Caecilius Secundus and later on became famous as Pliny the Younger. 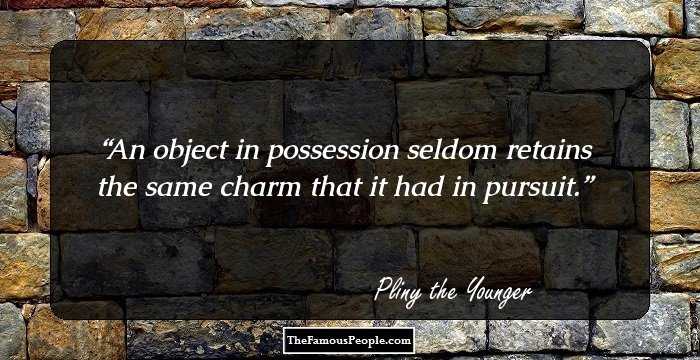 Who Is The Most Popular BTS Member?
Career
Pliny the Younger began his career as a lawyer at the age of 18. Intelligent and knowledgeable, he soon gained a favorable reputation in the civil law courts. He specialized in inheritance cases in the Roman centumviral court.
Over a period of time he gained much prominence as a prosecutor and defender at the trials of a series of provincial governors, including Baebius Massa, governor of Baetica, and Marius Priscus, the governor of Africa.
He entered the senate in the late 80s, and in 88 AD or 89 AD was made a Quaestor attached to the Emperor's staff (quaestor imperatoris)
He achieved great professional success, attaining the high administrative posts of Praetor (in 93 AD) and Consul (in 100 AD). He also served as the Prefect of the military treasury (praefectus aerarii militaris) and Prefect of the treasury of Saturn (praefectus aerari Saturni) between 94 and 100.
He had an innate love for writing and wrote hundreds of letters describing the public and private life in the Roman Empire. He published several books of private letters between 100 AD and 109 AD, which covered events beginning with the death of Emperor Domitian (October 97 AD) to the early part of 100.
Each one of his letters was carefully composed and addressed issues of recent social, literary, political, and domestic developments in the Roman Empire. His letters are considered to be ‘litterae curiosius scriptae’ or “letters written with special care”.
He was appointed the imperial governor (legatus Augusti) of Bithynia et Pontus province (north west Asia Minor) in around 110 AD. Throughout his career he was much respected as an honest, knowledgeable, and trustworthy professional. 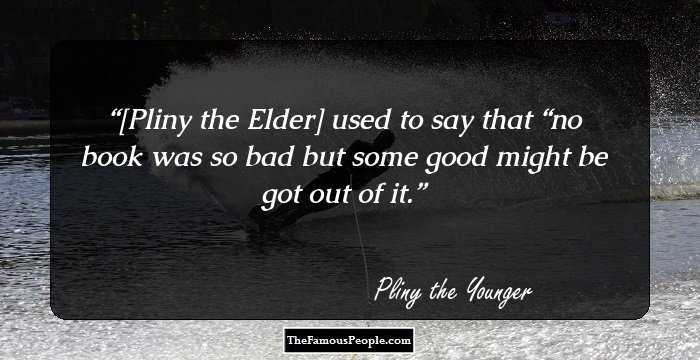 Major Works
Pliny the Younger is most famous as the author of the ‘Epistulae’, the largest surviving body of his works. The letters in ‘Epistulae’ are a unique testimony of the private and public life in 1st century Rome. The best known among these letters are the ones in which Pliny described the eruption of Mount Vesuvius in August 79 AD. These letters are of great historical value due to the accurate description of the volcano’s eruption.
Personal Life & Legacy
Pliny the Younger married for the first time when he around 18 years old. His wife, a stepdaughter of Veccius Proculus, died when Pliny was 37 years old.
His second marriage was to a daughter of Pompeia Celerina. His third and final marriage was to Calpurnia, daughter of Calpurnius and granddaughter of Calpurnius Fabatus of Comum. It is evident from his letters that he was very attached to Calpurnia.
Pliny is thought to have died in Bithynia-Pontusis around 112–113 AD since no events referred to in his letters date later than that. 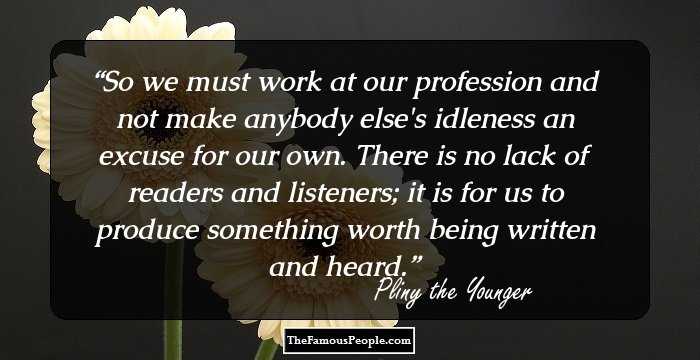 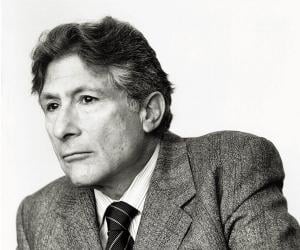