Malcolm Gladwell is an award-winning English-Canadian, author, journalist and speaker. He is an active contributor and staff writer for ‘The New Yorker’ and has penned several best-sellers including, ‘The Tipping Point: How Little Things Can Make a Big Difference’, ‘Outliers: The Story of Success’, ‘What the Dog Saw: And Other Adventures’ to name a few. His themes are usually centered on fronting unanticipated insinuations of investigation in social sciences. He also frequently cites academic work that revolves around the subject areas of psychology, social psychology and sociology. Apart from his works, he won a national magazine award and was honored with a number of illustrious accolades, including being honored with the ‘Member of the Order of Canada’. His work work is toppling the popular understanding of bias, crime, food, marketing, race, consumers and intelligence.. His works are also known for revealing the reality concealed behind the strange data. Gladwell has written a total of five books, out of which four have become instant best-sellers. Apart from writing, he is known to be an amazing speaker. Ali Velshi
3rd September In History
DID WE MISS SOMEONE?
CLICK HERE AND TELL US
WE'LL MAKE SURE
THEY'RE HERE A.S.A.P
Quick Facts

Malcolm T. Gladwell was born to Joyce and Graham Gladwell in Fareham, Hampshire, England. His mother is a psychotherapist, while his father�a mathematics professor.

When he was 6-years-old, the family moved to Ontario, Canada. He was always focused on academics and would spend time reading and researching in libraries.

When he was in high school, he was also very athletic and participated in middle-distance running. He also won a title at the Ontario High School in 1978.

In 1982, he was an intern at the National Journalism Center in Washington D.C. Around the same time he was majoring in history. He graduated from the University of Toronto two years later.

Since his grades were not very good, he did not get a place in the graduate school. He finally accepted a journalism position at ‘The American Spectator’ and moved to Indiana for the job. 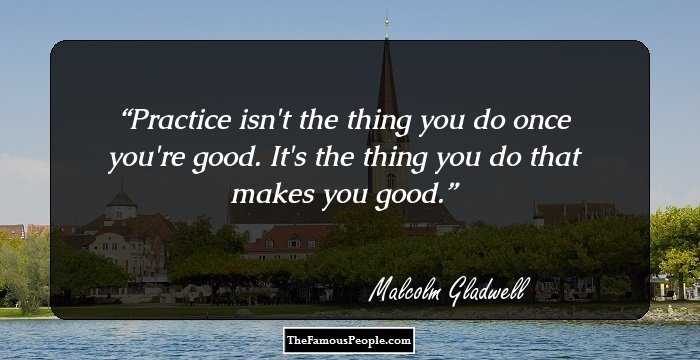 In 1987, Malcolm Gladwell began covering news pertaining to business and science for ‘The Washington Post’, where he worked for almost a decade, quitting in 1996.

After leaving�The Washington Post, he began working with The New Yorker, where his first assignment was to write a piece about fashion. Instead of writing about fashion, he chose to write about a man who produced t-shirts, which he found more interesting to write.

In 2002, he wrote an article for The New Yorker,�based on the concept of The Talent Myth. This article directly appraised the administrative techniques that successful people used and vice versa.

In 2005, he authored his second book, ‘Blink’. Three years later, he published his third work, ‘Outliers’, which is a book about how an individual’s success is related to personal determination and inspiration.
In 2009, he published one of his best-selling works, ‘What the Dog Saw: And Other Adventures’. The book is a compilation of his articles published in The New Yorker.

He published his fifth book, David and Goliath,�in 2013. The book scrutinizes the melee between preferences and small fry.�

His seventh book, The Bomber Mafia:A Dream, a Temptation, and the Longest Night of the Second World War,�was released in April 2021.� 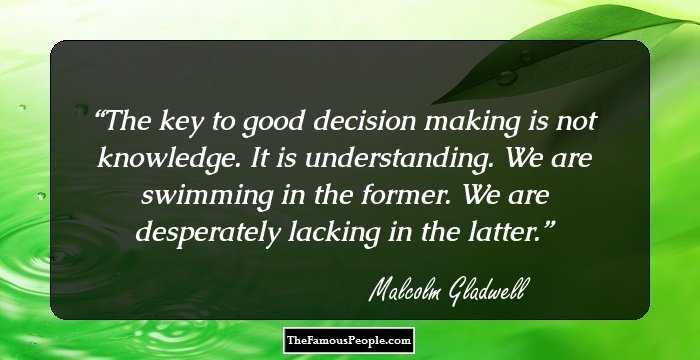 Major Works
‘The Tipping Point’, published in 2000 is regarded as his best-known works. This went on to become an international best-seller and was named as one of the ‘best books of the decade’ by Amazon.com customers, ‘The Guardian’, ‘The Times’ and ‘The A.V. Club’.
‘Blink’, which was published in 2005 was an international best-seller and was included in the Fast Company’s list of ‘Best Business Books of 2005’. Combined with ‘The Tipping Point’, both the books sold nearly 4.5 million copies around the world.
‘Outliers’ was published in 2008 and spent approximately 11 weeks in the number 1 position on ‘The New York Times’ list and was also included in Times’ list of ‘best non-fiction books of 2008’.
Awards & Achievements

In 2005, Malcolm Gladwell was included in the ‘Time’ list of one of the ‘100 most influential people’.

In 2007, he won the American Sociological Association’s first award for ‘Excellence in the Reporting of Social Issues’.

Malcolm Gladwell was appointed to the Order of Canada�in 2011. 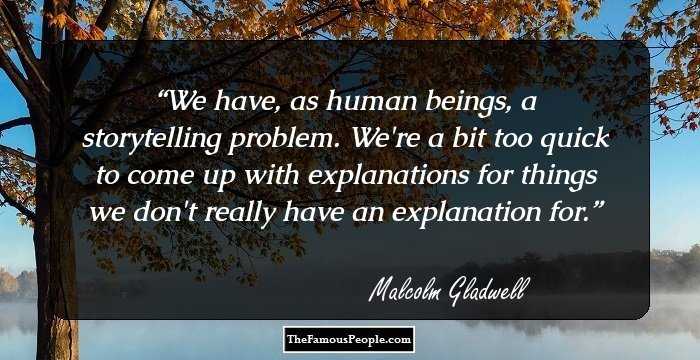 Personal Life & Legacy
His curly hair attracted a lot of negative attention from the police who began charging him speeding tickets for no apparent reason, which Gladwell cites in one of his works.
Trivia
This English-Canadian novelist and speaker was once buttonholed by three policemen in Manhattan, when his curly hair matched the description of that of a rapist who was on the loose.
Recommended Lists:
Writers #86
Media Personalities #97

Quotes By Malcolm Gladwell | Quote Of The Day | Top 100 Quotes

See the events in life of Malcolm Gladwell in Chronological Order