Advanced Search
Mwai Kibaki was the third President of Kenya who sought to bring progressive changes and stability to his nation. He was active on the political scene from the early days of Kenya’s independence and worked in various government positions. Having served as Vice President in prior years, he had the experience and knowledge of politics and government, giving him the advantage to lead Kenya in the right democratic direction. Kenya had been dominated by the KANU (Kenyan African National Union) since it acquired independence from Britain in 1963. Mwai Kibaki formed his own party, namely, ‘Democratic Party’ after fallout with the then autocratic president, Daniel Arap Moi, and began his own journey towards presidency. Coming into power at a critical time for the country, he came as a fresh change for Kenya; he was a democratically elected leader who was welcomed nationally and internationally. While the euphoria did not last, as the decay of inherent political corruption continued to inhibit and obstruct progress in this sub-Saharan country, Kibaki introduced constitutional reform, free primary education, and made efforts to revive a damaged health care system. He also established a multi-party system to break away from the authoritarian rule. James A. Garfield
DID WE MISS SOMEONE?
CLICK HERE AND TELL US
WE'LL MAKE SURE
THEY'RE HERE A.S.A.P
Quick Facts

Kenyan People
Black Presidents
Makerere University
London School Of Economics
Male Leaders
Childhood & Early Life
Born on November 15, 1931, Mwai Kibaki was the youngest of eight children of peasant farmers, Kibaki Githinji and Teresia Wanjiku. Belonging to the Kikuyu tribe, which is the largest tribal group in Kenya, they lived in a village called Gatuyaini in Nyeri County.
He showed remarkable intelligence and aptitude for learning during his primary school years and was sent to attend Man'gu High School, one of Kenya's best high schools. Kibaki studied there between 1947 and 1950.
Outstanding academic achievement earned him a scholarship to Kenya's renowned Makerere University, where he studied economics, political science, and history. His leadership skills came to the fore as chairman of the Kenya Students Association, a leading position in the Makerere Students Guild, and he graduated with distinction in 1955.
After a brief stint as Uganda Shell Company's assistant general manager, Mwai Kibaki received a scholarship to study at the London School of Economics. Excelling in economics and public finance, he was poised to apply his efforts and knowledge to his home country upon his return in 1958.
Continue Reading Below
Career
Mwai Kibaki accepted a position as Assistant Lecturer in economics at Makerere University. In 1960, he resigned from this position to join the KANU (Kenyan African National Union), the dominant political party in Kenya at that time.
Sweeping changes in the next few years, leading to Kenya's independence from Britain three years later, took him firmly into the world of politics.
In 1963, he was elected to the Kenyan Parliament and continued to serve in various roles until he was appointed Minister of Finance and Economic Planning by President Jomo Kenyatta, in 1969.
Gaining valuable experience and establishing a good reputation and record for himself during these early years in politics and government, Mwai Kibaki was appointed Vice-President under Daniel arap Moi in 1978, when he rose to the presidency upon the death of Kenyatta.
In Moi’s cabinet, Kibaki was initially entrusted with the Finance portfolio. As minister of Finance, he introduced measures and changes that brought a degree of prosperity to Kenya. In 1982, he was given the portfolio of Home Affairs.
Moi's style of government became increasingly autocratic and he amended the constitution to make KANU the only legitimate political party. Assuming all the power, Moi removed Kibaki from Vice Presidency and demoted him to the Ministry of Health in 1988.
Disputes and disagreements with the President eventually led to Kibaki's resignation from KANU in 1991. During this time, civil unrest was increasing among people, and fierce opposition to Moi's oppressive policies forced a repeal of the constitutional act that had installed a one-party rule for KANU. Kibaki immediately resigned to form the ‘Democratic Party’.
Moi's grip on power, however, remained strong, even as the country was rising against his despotic and repressive regime. He used ethnically divisive and violent tactics to remain in power through the next two elections. With this upheaval in the background and several different ethnic groups seeking representation, Kibaki formed the National Rainbow Coalition (NARC).
In 2002, Kibaki became president, after NARC gained momentum and several politicians defected from KANU, and Kenya was restless for change and freedom from Moi. His victory was accompanied by jubilation and high hopes for a better future for Kenya.
Significant economic changes were implemented by him during his first term as president, however, the endemic corruption that Kibaki had promised to fight during his election campaign remained rampant. By the second term, which he won in the elections of 2007, charges of rigging and widespread fraud at the ballot box and other scandals involving his coalition had tarnished his image.
After the 2013 presidential elections, he handed over the presidency to Uhuru Kenyatta.
Major Works
Constitutional reform of 2010 is one of Kibaki's most significant contributions to Kenyan democracy. The new constitution allows for substantial institutional checks and ensures basic rights.
He introduced free primary education for all children in Kenya in 2003 and revitalized the healthcare system that had previously fallen into disarray. He strove for economic changes with the intention of reviving and strengthening Kenya's derailed economy. His policy changes encouraged multinational companies to invest in Kenya, fostering growth and development for Kenyans.
Life expectancy and infant mortality figures improved considerably during the years from 2002 - 2012 owing to his efforts in delivering better healthcare to the citizens of Kenya.
Personal Life & Legacy
Mwai Kibaki married Lucy Mothoni in 1962 and has four children: one daughter, Judy, and three sons, Jimmy, Tony and David.
During his presidential election campaign in 2002, Kibaki was injured in a car crash, causing him to appear in a wheelchair during the inauguration as president.
While he has denied allegations of a second marriage there have been questions raised about his relations with Mary Wambui—a Kenyan businesswoman with political leanings, with whom he is alleged to have a daughter, Wangui Mwai.

See the events in life of Mwai Kibaki in Chronological Order 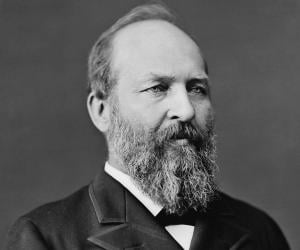 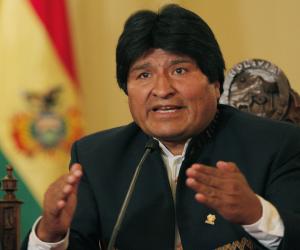