Pratibha Devisingh Patil is an Indian politician who served as the 12th President of the Republic of India. Having served from 2007 to 2012, she was preceded by Dr A. P. J. Abdul Kalam and succeeded by Pranab Mukherjee. A Political Science and Economics postgraduate, Patil also chose to get a law degree and started practising at Jalgaon District Court in Maharashtra, her home state. Her transition to the world of politics came about in the early 1960s. She joined the Indian National Congress (INC) party and subsequently won the Jalgaon Assembly seat in 1962. Later, she was elected from Muktainagar constituency four consecutive times, during which she was a minister in the Congress government and held multiple portfolios. She also served as a Member of Parliament both in Rajya and Lok Sabha. After taking a long break from politics, Patil returned and was appointed the 24th Governor of Rajasthan. She was the first woman to be picked for that office and the first woman President of India as well. Her tenure as the latter was marked by several controversies, but it also saw her being more active than many of her predecessors. She was instrumental in improving women’s rights in the country and in solving the agrarian crisis. Since her retirement, she has been primarily busy with her charity works. awards: Glamour Award The Chosen Ones 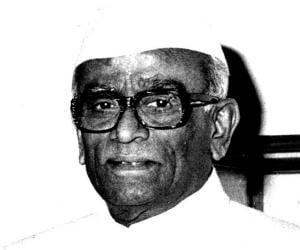 Indian People
Women Leaders
Indian Leaders
Women Presidents
Indian Presidents
Childhood & Early Life
Born on December 19, 1934, in Nadgaon, a small village in Jalgaon district, Maharashtra, India, Pratibha Patil is the daughter of Narayan Rao Patil and the sister of G. N. Patil.
She received her initial education at R. R. Vidyalaya, Jalgaon, and later enrolled at the Mooljee Jetha College, which was then under Pune University, to study Political Science and Economics. After being awarded a master’s degree in the subjects, she attended Government Law College, Mumbai, affiliated to the University of Mumbai, and got a Bachelor of Law degree.
She was equally active in sports throughout her student life. She played table tennis, even winning several shields at numerous inter-collegiate tournaments.
Continue Reading Below
You May Like

The Hottest Male Celebrities With The Best Abs
Legal Career & Early Political Career
Pratibha Patil began her professional career as a lawyer at the Jalgaon District Court. She also became involved in social work, especially to improve the dire condition of women in India.
She came into politics when she was still a student, becoming a member of the INC party. She would go on to be one of the staunchest loyalists to the Nehru-Gandhi family, serving with unquestioning deference.
In 1962, she was voted to the Maharashtra Legislative Assembly from Jalgaon constituency at only 27 years of age. Her political success continued when she contested from Muktainagar (formerly Edlabad) constituency, winning her seat to the state assembly back-to-back four times between 1967 and 1985.
Patil joined the INC government in 1967 for the first time as the Deputy Minister of Public Health. Over the next five years, she also held prohibition, tourism, housing and parliamentary affairs portfolios.
She was the Minister of Social Affairs from 1972 to 1974, Public Health and Social Welfare from 1974 to 1975, Prohibition, Rehabilitation and Cultural Affairs from 1975 to 1976, Education from 1977 to 1978, Urban Development and Housing from 1982 to 1983, and Civil Supplies and Social Welfare from 1983 to 1985.
In 1978, Sharad Pawar broke away from Congress, forming Progressive Democratic Font government with Janta Dal. Patil diligently served as the Leader of Opposition from July 1979 to February 1980.
Her first foray into national politics was as a Rajya Sabha member. She was elected to the Upper House of the Indian Parliament in 1985 and served a full term till 1990. From 1986 to 1988, she was the deputy chairperson of Rajya Sabha as well as the chairperson of the Business Advisory Committee and the Committee of Privileges.
In the 1991 general elections, she contested from and won the Amravati Lok Sabha constituency and a year later, became the Chairperson of Lok Sabha House Committee.
Besides these public offices, she also served as the president of the Maharashtra Pradesh Congress Committee, the director of the National Federation of Urban Co-operative Banks and Credit Societies, and a member of the Governing Council of the National Co-operative Union of India.
Continue Reading Below
She went into a self-imposed retirement from politics in the late 1990s. Hence her appointment as the 24th Governor of Rajasthan came as surprise to many. Vasundhara Raje of Bharatiya Janata Party (BJP) was the Chief Minister under her. However, Patil did not serve the full term as a governor as on June 14, 2007, she was revealed to be the United Progressive Alliance’s (UPA) nominee for the 2007 Indian presidential election.
Presidential Election & Tenure
Pratibha Patil wasn’t Congress’ first choice as a candidate but the left-leaning parties of UPA did not like initial options, former Home Minister Shivraj Patil and Karan Singh, put forward by Congress. She was then personally handpicked by Congress supremo Sonia Gandhi herself despite Patil’s remark of not willing to be a “rubber-stamp president”.
In the weeks leading up to the election, Patil faced several controversies, including accusations of shielding her brother and husband in connection of unrelated deaths of a teacher named Kisan Dhage and English professor Vishram Patil. Some of her critics observed that she didn’t possess the necessary charisma, experience, and ability. They also assessed that her long hiatus from politics and her beliefs in the supernatural made her unfit for the job.
The National Democratic Alliance (NDA) chose BJP veteran and incumbent vice-president Bhairon Singh Shekhawat to challenge her. In the election conducted on July 19, 2007, she accumulated two-thirds of the total votes and took oath as the President of the Republic of India on 25 July. Dr Manmohan Singh was the Prime Minister throughout her tenure.
Patil kindled even more controversies after the election. She is infamous for going on more foreign trips than any other president and allegedly took money from public funds to build herself a retirement mansion. She was also made to return the gifts that she had received in her role and had taken home after her retirement on July 25, 2012.
However, she made the full use of the limited power allocated to her position by the Indian constitution. She commuted a record 35 petitioners’ death sentences to life imprisonment, gave her full and unconditional support in abolishing abhorrent practices such as child marriage, addiction, and social suppression of women, and quietly used the power of her office to bring the agrarian crisis that was plaguing the Indian countryside into attention.
Business Ventures & Social Works
Over the years, Pratibha Patil has made various investments in the education sector. She established Vidya Bharati Shikshan Prasarak Mandal, which is an educational institute that owns a chain of schools and colleges in Amravati, Jalgaon, Pune, and Mumbai, and an engineering college in Jalgaon for the students from the countryside.
She has also invested in setting up Shram Sadhana Trust, which oversees several hostels in New Delhi catering to working women; Sant Muktabai Sahakari Sakhar Karkhana, a Muktainagar-based cooperative sugar factory; and Pratibha Mahila Sahakari Bank, a cooperative bank whose license was cancelled by the Reserve Bank of India in February 2003.
Awards & Achievements
Pratibha Patil was the recipient of The Chosen Ones Award at the 2010 Glamour Women of the Year Awards.
Personal Life
On July 7, 1965, Pratibha Patil married Dr Devisingh Ransingh Shekhawat, who was a lecturer of Chemistry then. An accomplished educationist and social worker, he was the inaugural mayor of Amravati Municipal Corporation. Shekhawat has also been a member of INC party for the major part of his life and was elected to the Maharashtra Legislative Assembly for the Amravati constituency in 1985.
They have two children together, daughter Jyoti Rathore and son Raosaheb Shekhawat (born Rajendra Singh Shekhawat), who has followed his parents’ footsteps to become a politician.
You May Like

See the events in life of Pratibha Patil in Chronological Order 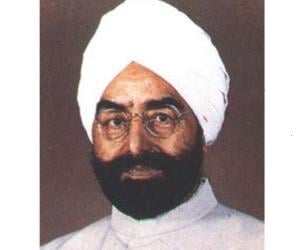