Muhammad Ali Pasha al-Mas'ud ibn Agha was an Ottoman governor of Egypt, often referred to as the founder of modern Egypt. He ruled over Lower Egypt, Upper Egypt, Sudan and parts of Arabia and the Levant during his reign. Ali was born in Kavala, Ottoman Macedonia, and had Albanian origins. He and his family controlled Egypt for over 147 years, and their influence can still be seen in modern Alexandria and its culture. Although he reached Egypt as a Turkish army officer, he ended up ruling the nation for most of his life. He was sent to recover Egypt from a French occupation that was earlier ruled by Napoleon. Once Napoleon withdrew from Egypt, Ali rose to power, thanks to his political prowess. He became the Wāli (viceroy) of Egypt and attained the rank of Pasha. He brought in a lot of reforms in the military, economic and cultural spheres, and paved the way for the modernization of Egypt. Ali is also credited for ending the Mamluk reign over Egypt, and he and his descendants ruled over Egypt up until the mid-20th century. Albanian People
Greek People
Male Leaders
Greek Leaders
Pisces Leaders
Albanian Leaders
Childhood & Early Life
Muhammad Ali was born at Kavala, a city that's now in Greece, on 4 March 1769, to an Albanian family, believed to have originated in Korçë. His father, Ibrahim Agha, was a shipping merchant who served as an Ottoman commander in Kavala. Zeynep, his mother, was the daughter of the "Ayan of Kavala" Çorbaci Husain Agha.
His father passed away when he was young, and he was raised by his uncle and cousins. Ali was a hard-working boy who used to collect taxes in his hometown. This gained him the rank of a second commander under his cousin Sarechesme Halil Agha.
Continue Reading Below
You May Like

Who Is The Most Popular BTS Member?
Rise to Power
Muhammad Ali became involved in the tobacco trade and it helped him further his commercial interests in other territories. In 1798, the Ottoman Empire in Egypt was occupied by French personnel who worked under Napoleon Bonaparte. Ali came to Egypt in 1801 as the second in command of a 300-man Albanian regiment to get the French out of Egypt.
By 1805, he had become the Ottoman sultan’s viceroy in Egypt and had attained the rank of Pasha. This rise to power led him to eliminate the Mamluks, the former ruling oligarchy.
He ensured that the members of the religious class were turned into pensioners of the government. Ali ended all the movements of rebellion among the farmers. He was changing the way Egypt was rebuilding itself in that era.
Expanding his Empire
Due to his military campaigns, Muhammad Ali’s financial requirements also increased greatly. Ali initially supported the Ottoman sultan in bringing down the rebellion in Arabia and Greece. This was followed by his invasion of Nilotic Sudan in search of recruits for his army.
He was successful in most of his invasions; however, at the Battle of Navarino in 1827, he suffered a major setback and lost his fleet during the European intervention in Greece.
Ali waged a war against the Ottoman sultan around 1831–33 and gained control of Syria all the way to Adana. In July 1840, Great Britain, Russia, Austria, and Prussia colluded to acquire control over Syria, and this made it difficult for Ali to have greater independence in the Ottoman Empire.
Around 1841, he was granted the hereditary right to rule Egypt and Sudan. However, he did not rule for long after and retired from office in the late 1840s.
Family & Personal Life
Muhammad Ali married Emine Nosratli, a wealthy widow. Interestingly, she was his maternal cousin as his mother and her mother were sisters. He had several consorts, including Amina Hanim, Mahduran Hanim, Ayn al-Hayat Khanum, Mumtaz Qadin, Mahwish Qadin, Namshaz Qadin, and Zayba Khadija Qadin.
He had several children, including Tawhida Hanim, Ibrahim Pasha, Ahmed Tusun Pasha, Isma'il Kamil Pasha, Khadija Nazli Hanim, and Sa'id Pasha.
Death & Legacy
In 1848, he transferred his reigning power to his son Ibrahim. His heir, who was also not keeping well, was chosen to be the ruler of Egypt and Sudan despite his father being alive.
During a voyage on his ship, Ibrahim had a severe fever and suffered seizures and hallucinations. He survived the trip, but passed away within six months. He was succeeded by his nephew Abbas I.
Ali become extremely ill around 1848 and was not even informed of his son's death. A year later, Ali died at Ras el-Tin Palace in Alexandria on 2 August 1849. He is buried in the same mosque that he had commissioned in the Cairo Citadel. It still remains a landmark in Cairo today and is visited by thousands every year.
Since his descendants were granted hereditary rule over Egypt and Sudan, they reigned over Egypt until the revolution of 1952.
You May Like 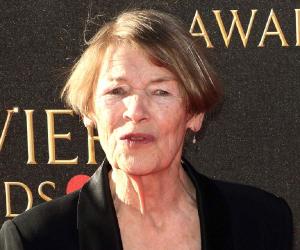