Fatos Nano is an Albanian politician who served as Prime Minister of Albania for several times, and in addition to that he has also served in other important capacities in the government during the early years of his career. Nano was born in a middle class family in Tirana and studied political economy in university. Thereafter he got a job in the metallurgical mill of Elbasan and after working in different industries for a few years, Nano returned to his home town of Tirana and started working at the well-known Institute of Marxist-Leninist Studies as a research scholar. It was at this institution that he came into prominence and his diligence was noticed by the important political leaders of the country at the time. Fatos Nano entered politics and shortly thereafter he became the Prime Minister and served as the Prime Minister of Albania yet again when the Labor Party of Albania came to power in the country. He also led the Socialist Party and was elected as it leader around that period. Fatos Nano has also had to fight charges of corruption and was even sent to jail; however he proved his innocence and was acquitted. Albanian People
Virgo Leaders
Male Leaders
Albanian Leaders
Albanian Prime Ministers
Childhood & Early Life
Fatos Thanas Nano was born on 16 September 1952 in the city of Tirana in Albania, to Thanas Nano and his wife Maria. His father rose to become the director at the Albanian Radio Television while his mother worked for the government.
Fatos Nano went to the Sami Frasheri High School located in Tirana and during his years as a student he showed a great interest in foreign languages. In addition to that, he had interest in music and learnt to play the guitar. Later on, he became a member of a musical band as well.
After graduating from high school, Fatos Nano, attended the University of Tirana and studied political economy. He graduated from the university in 1978 and started working in the metallurgy industry in the Albanian city of Elbasan.
Continue Reading Below
You May Like

The Sexiest Men Of 2020, Ranked
Career
In 1981, Fatos Nano, left the metallurgy industry in Elbasan and started working at the Priska’s Agricultural Farm in his home town of Tirana in the capacity of an economist. He worked there for three years and displayed his abilities as someone well-versed in economics.
Fatos Nano started working as a researcher at the Institute of Marxist-Leninist Studies located in Tirana in 1984. He was engaged in the study of socio-economic problems and reforms of market economies of Eastern Bloc countries. He worked at the institute for seven years and it was at that time that he was identified as a strategic thinker by the communist leader Enver Hoxha.
In December 1990, Fatos Nano commenced his political career when he became the Secretary General of the Council of Minister. In January 1991, he was appointed as the Deputy Prime Minister in Adil Carcani’s government. Nano’s career as a politician was quickly on the rise as he became the Prime Minister of Albania in February 1991, in a government that was thought to be transitional in nature.
Following the elections in March 1991 in which the Labour Party of Albania came to power, Fatos Nano once again became the Prime Minister. But, his government barely lasted a few weeks, as a general strike organized by the independent unions forced him to resign.In June 1991, the name of the Labour Party was changed to Socialist Party and Fatos Nano was elected as its leader. In 1992, the Democratic Party of Albania came to power and ordered an enquiry that saw Nano being sent to prison under the charge of corruption that caused widespread disbelief among the people of the country. He was released from his incarceration in 1997 and proved innocent of all charges in 1999.
Following the Socialist Party of Albania’s landslide victory in 1997, Fatos Nano became the Prime Minister of the country. It was a particularly trying time for Nano as the members of the opposition and the army tried to overthrow his government in 1998. Nano was forced to resign in 1998 and he retired from the public life for the time being.
In 2001, the Socialist Party won the elections and in 2002, Nano once again became the Prime Minister of Albania. But, it proved to be a particularly tumultuous period for him as he had to fight allegations of corruption from different quarters in addition to widespread protests led by the opposition leaders.
In 2005, the Socialist Party lost the elections and Nano resigned from his post. Subsequently, he tried to return to active politics and even tried to run for the President’s office but the efforts did not prove to be fruitful.
Personal Life & Legacy
Fatos Nano got married to his longtime girlfriend, Rexhina, in 1976. The couple has a son named Sokol and a daughter named Edlira. The marriage ended in 2001.
Nano got married to Xhoana Nano in 2002. He has no children from his second marriage..
You May Like

See the events in life of Fatos Nano in Chronological Order 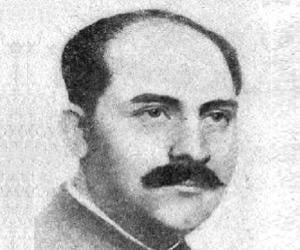