Friedrich Max Müller, commonly recognised as Max Müller, was a German-born Sanskrit scholar, philologist, and Orientalist. He specially focussed on Sanskrit philology and different religions of India and is considered an avant-garde in the areas of comparative religion, comparative mythology, comparative philosophy and particularly Vedic studies. He is counted among the founders of the western academic field of Indology. Müller also remained one of the early influential scholars who developed the academic field of Religious Studies. The monumental 50-volume set of English translations of Asian religious texts called ‘Sacred Books of the East’ was edited by him. Apart from editing, scholarly works of Müller that were published as an 18-volume Collected Works included English translation of several age-old and revered Asian philosophical and religious texts. Some of the important ones include his work on the Upanishads, the Rig Veda and Buddhist text Dhammapada. He spent most of his life in Great Britain where he served Oxford University for 25 years. He initially joined the university as deputy Taylorian professor of modern European languages and later attained full professorship. The university eventually made him Professor of Comparative Philology, a post created for him that he held until his death.
Continue Reading Below 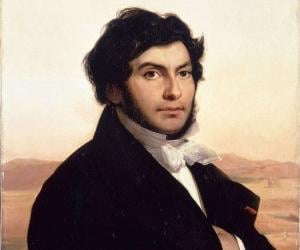 British People
German People
German Men
German Philologists
British Philologists
German Intellectuals & Academics
Childhood & Early Life
Friedrich Max Müller was born on December 6, 1823, in Dessau, Duchy of Anhalt, German Confederation to German lyric poet Wilhelm Müller and Adelheid Müller (née von Basedow). His god father was German composer, guitarist, pianist, conductor and critic Carl Maria von Weber. He was named after his eldest maternal uncle Friedrich as also after the main character of his father’s opera ‘Der Freischütz’ called Max. Many official documents including his marriage certificate and university register records his name as Maximilian.
He started attending a Dessau gymnasium (grammar school) from six years of age and following his father’s death in 1829, he was enrolled at the Nicolai School at Leipzig. He continued to study music and classical literature there and got introduced to Felix Mendelssohn.
Müller earned a scholarship that led him to enrol at the Leipzig University in 1841. There he studied philology instead of continuing with music and poetry. He obtained his Doctor of Philosophy degree from the university in 1843 submitting his final dissertation ‘On the Third Book of Spinoza’s Ethics, De Affectibus.’ He also learnt classical languages including Sanskrit, Persian, Arabic, Latin and Greek.
Continue Reading Below
You May Like

See the events in life of Max Müller in Chronological Order 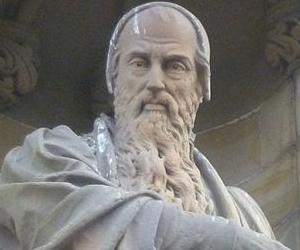