(French Historian, Linguist and Founder of the Scientific 'Egyptology')

Jean-François Champollion was a French philologist and orientalist who is widely known till date for deciphering the Egyptian hieroglyphs and Rosetta Stone. Champollion was the founding figure of Egyptology during the early 19th century. A child prodigy, young Champollion was a master at languages, having mastered Latin, Greek, Hebrew, Arabic, Syriac, Chaldean, Coptic, Sanskrit and Persian. At the age of sixteen he read a paper on the Coptic language before the Grenoble Academy. It was due to his love for languages that he worked extensively to retrieve the numerous kinds of information recorded by the ancient Egyptians by deciphering the function and nature of hieroglyphs script. In addition to his research, Champollion also took up academic positions. In 1822, he made the ground-breaking discovery on hieroglyphic and non-hieroglyphic scripts in ‘Lettre à M. Dacier’. Two years later, he came up with a longer thesis that contained full decipherment of Egyptian hieroglyphics. It was on his trip to Egypt that Champollion read many hieroglyphic texts that had never been studied before, and brought home a large body of new drawings of hieroglyphic inscriptions. His last academic position was as the Professor of Egyptology at the College de France J. R. R. Tolkien
DID WE MISS SOMEONE?
CLICK HERE AND TELL US
WE'LL MAKE SURE
THEY'RE HERE A.S.A.P
Quick Facts

Cause of Death: Apoplectic Attack 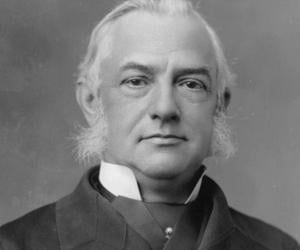