Margaux Louis Hemingway was a famous American model turned actress of the 1970s. She tasted success quite early but had a turbulent life. The six-foot tall, willowy blonde model rose the success ladder by signing several contracts, commanding hefty fees and launching the famous Farberge perfume which she also helped to develop. It was her supermodel career that led to her big, yet short break into the film industry. The highest paid woman in her business, Margaux Louis Hemingway was the face of several fashion magazines covers across the world. Hitting New York City in the mid- 1970s, the country girl with a famous name immediately caught everyone’s attention with her natural charm, effortless attitude and disarming manner. The granddaughter of legendary author, Ernest Hemingway, Margaux Hemingway belonged to a family known for their achievements and tragic personal issues over generations. Her foreordained fame did not stop the woman from being industrious and creating her own place in the famous family saga. Despite receiving early and rapid success she had an insignificant film career and faced many financial problems which later resulted in major bouts of alcoholism and depression.
Continue Reading Below 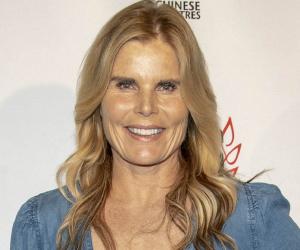 American Celebrities
American Women
Oregon Actresses
Tall Celebrities
Tall Female Celebrities
Childhood & Early Life
Margaux Hemingway was born on February 6, 1954 in Portland, Oregon, to Byra Louise and Jack Hemingway. She had two siblings, Mariel and Joan, and grew up in a farm in Ketchum, Idaho.
She graduated from the Catlin Gabel School in Portland before moving to New York to pursue her career in modeling.
She changed the spelling of her name from ‘Margot’ to ‘Margaux’ after learning that her parents had conceived her after drinking wine from the famous French vineyard Chateau Margaux.
Continue Reading Below
You May Like

Famous Beautiful Women With Green Eyes
Career
The tall and striking, Margaux Hemingway entered the fashion scene in 1974. She achieved success quite early when she bagged a million dollar contract with Farbege fragrance ‘Babe’ and soon became one of Hollywood’s premier models.
She appeared as the cover girl in various magazines like ‘Elle’, ‘Cosmopolitan’, and ‘Harper’s Bazaar’. In 1975, a ‘TIME’ issue deemed her as one of the ‘New Beauties’ followed by an ‘American Vogue’ issue the same year which titled her as ‘New York’s New Supermodel.’
Using her fabulous and budding career in modeling, Margaux Hemingway entered the Hollywood at the age of 21 and debuted in Lamont Johnson’s rape film ‘Lipstick’. Her younger sister, Mariel, was also cast alongside in a supporting role based on Margaux’s recommendation. The film failed to impress the Hollywood critics and the Margaux was panned for her performance.
Despite her unimpressive film career, Hemingway continued to work in low budget films. While persistently appearing as a model for several brands, in 1979, she starred opposite Lee Majors and Karen Black in ‘Killer Fish’, a minimal budget horror film.
Hemingway’s strange trajectory in the film industry continued in the 1980s with failed films like ‘Over the Brooklyn Bridge’, ‘A Fistful of Chopsticks’ and ‘Killing Machine’. The actress also tried her luck at comedy in the film titled ‘They Call me Bruce?’ in 1982.
Her troubled life garnered a lot of attention as she continually visited Studio 54 in New York and appeared at celebrity parties and Hollywood events. During this time, alcoholism began to slowly affect her, a fact she associated with her nervousness while attending these high profile parties.
In 1988, Margaux decided to return to the film industry after her recovery at ‘The Betty Ford Clinic’. In a bid to restore her career she told her story to the People Magazine.
She went on to star in the French Film, ‘La messe en si mineur (1990)’ and also posed nude for the ‘Playboy’ magazine to show the world that she was unquestionably in great shape.
During her last few years, Margaux Hemingway starred in many B grade films like ‘Inner Sanctum’ (1991), ‘Love is Like That’ (1992), ‘Deadly Rivals ‘(1993) where she was cast in small roles. In 1992 she played the lead in Joe D'Amato 's erotica ‘A Woman's Secret’.
Continue Reading Below
Her film ‘Double Obsession’ came out in 1994 and by 1995, amidst widespread rumors of depression, another unsuccessful film ‘Vicious Kiss’ was released which did not add any value to her eroded film career. ‘Backroads to Vegas’ (1996), Hemingway’s final film, was released in 1999, and a scheduled biopic was shelved.
Major works
At the tender age of 20, Margaux Hemingway was the first model to sign a then record-breaking one million dollar contract with brand ‘Farbege’ for their new perfume ‘Babe’ in 1975.
Personal Life & Legacy
Margaux Hemingway met her first husband, Errol Wetson, an entrepreneur, at the age of 19 when she was with her father in New York for a business trip. She moved to Wetson’s apartment in Manhattan four months after meeting him and it was he who introduced her to several people from the Hollywood industry including the ‘Farbege’ folks.
Margaux and Wetson got married in 1975 but the marriage lasted only three years and ended in a divorce in 1978
In 1979 Margaux Hemingway married Venezuelan film director. Bernard Foucher. This relationship too didn’t last long and ended in divorce in 1985.
Hemingway fought with clinical depression, alcoholism, epilepsy and for most of her life she was afflicted by eating disorders like Bulimia. She joined rehabilitation twice in order to recover from her depression and alcoholism but nothing seemed to solve Hemingway’s mental issues completely.
By 1995, Hemingway lived alone, with no children, no husband or boyfriend, and few friends. On July 1, 1996 the distressed model committed suicide and was found dead in her Santa Monica home on her bed with her legs propped up in a pillow and a book on her lap.
Trivia
She was the granddaughter of famous writer Ernest Hemingway.
During the last years of her life, her career was confined to merely signing for ‘Playboy’ magazine and working for a psychic telephone hotline run by her cousin Adiel Hemingway.
Hemingway died without a probable cause and her death was initially debated by her sister Mariel as an epilepsy seizure. However, L.A. coroner's office concluded that Margaux Hemingway killed herself by taking an overdose of a sedative.
She was he fifth person from her family to commit suicide. Incidentally she died on the 35th anniversary of the suicide of her novelist grandfather, Ernest Hemingway.
Recommended Lists:
Fashion #371
You May Like

See the events in life of Margaux Hemingway in Chronological Order