Advanced Search
Jelena Noura Hadid, popularly known by her alias Gigi Hadid, is a well-known American fashion model and television personality. She became known especially after making her debut in the Top 50 Models ranking at Models.com. The British Fashion Council had named her the International Model of the Year in 2016. Her acting career began with a short movie named ‘Virgin Eyes,’ released in 2012, where she played the role of a character named Andrea. She also played a significant role on the television series ‘The Real Housewives of Beverly Hills’, for which she earned much fame. She has also been involved with several music videos. They include ‘Bad Blood’, a song by the famous American singer Taylor Swift. It was a song from her fifth studio album ‘1989’, which was released in 2014. Another one is ‘How Deep Is Your Love’ a song by Calvin Harris, a reputed Scottish disk jockey and record producer. The song was a hit and stood at number seven on the UK Singles Chart. In 2012, Gigi was also the face of a popular American clothing brand named ‘Guess.’ Camila Morrone
DID WE MISS SOMEONE?
CLICK HERE AND TELL US
WE'LL MAKE SURE
THEY'RE HERE A.S.A.P
Quick Facts

American People
American Women
Taurus Models
Female Models
American Models
Childhood & Early Life
Gigi Hadid was born as Jelena Noura Hadid on April 23, 1995 in Los Angeles, United States. Her father is Mohamed Hadid, a real estate developer. Her mother is Yolanda Hadid, a former model.
Through her father, she is a descendant of Daher Al Omer, an Arab ruler who ruled Northern Palestine in the mid-18th century.
She has a younger sister Bella and a younger brother Anwar, who are also models.
Her parents divorced in 2000, after which her mother got married to David Foster, a Canadian musician, songwriter and record producer. Through him, Hadid has five step-sisters as well.
She graduated from Malibu High School, California, in 2013. She used to be quite enthusiastic about sports, and was involved in sports such as volleyball and horse riding.
Later she moved to New York to pursue higher studies as well as her career in modeling. Though she had started studying criminal psychology, in The New School, a private research university in Lower Manhattan in New York City, she later chose to suspend her studies in 2013, and focus more on her career in modeling instead. 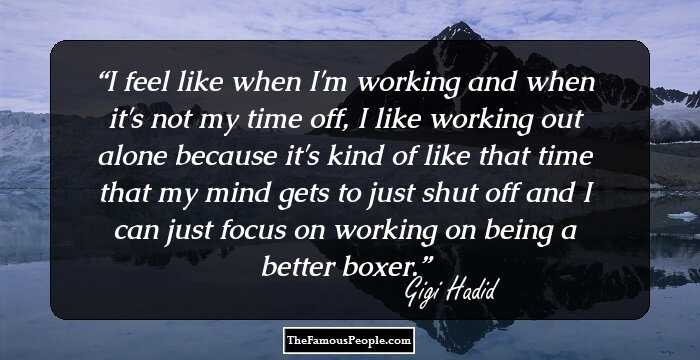 Continue Reading Below
Career
Gigi Hadid started her modeling career with Guess clothing, a popular American clothing brand. She was in her first campaign with Guess when she was only two years old. She resumed working with them in 2011. The next year, in 2012, she was named the face of one of their campaigns.
She also made several appearances in the popular television show named ‘The Real Housewives of Beverly Hills.’ The show, which premiered on October 14, 2010, is a reality television series which focuses on the personal and professional lives of several women in Beverly Hills, in California.
She has also graced several magazine covers as well as appeared in popular music videos. In 2016, she appeared in the American cooking reality show named ‘MasterChef.’ The show is popular across the US, and is based on a British series with the same name. 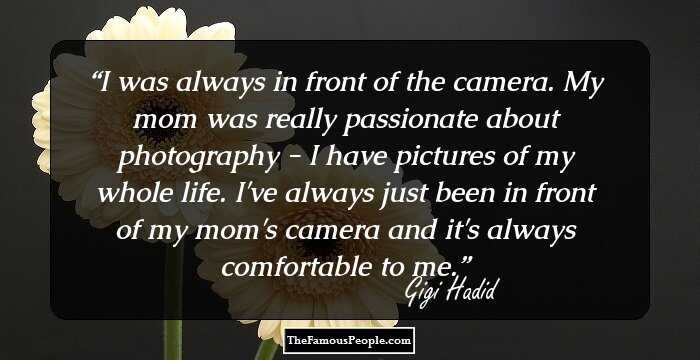 Major Works
Gigi Hadid’s appearance in ‘The Real Housewives of Beverly Hills’ from 2012 can be considered the most significant work in her television career. The show is a reality television series which focuses on the lives of several women living in Beverly Hills, in California. It is the sixth installment of ‘The Real Housewives’ Franchise’.
Hadid made an appearance in the music video of the song ‘Bad Blood’, by Taylor Swift, a renowned American singer and songwriter. Featured in the album ‘1989,’ the single became a huge hit, standing at number one in various countries like Canada, New Zealand, Scotland and the US. The song is about the betrayal by a close friend who was a fellow musician close to Swift, though her name was never disclosed by her.
It is highly speculated that Katy Perry might have been the subject of the song ‘Bad Blood’. The song mostly received negative reviews from critics and was described as “clichéd.” However, it was listed by the American magazine ‘Entertainment Weekly,’ as one of the best songs of the album. The music video received billions of views worldwide as of January 2017. It also won the ‘Grammy Award for Best Music Video.’
One of Hadid’s latest and most significant works is her appearance in the popular music video ‘Pillowtalk’ which was recorded by Zayn Malik, a well-known British singer and songwriter. The song was written for his debut solo studio album named ‘Mind of Mine.’ The song which was released on 29 January 2016, along with the music video, was a huge success, debuting at number one, both in the US as well as the UK.
‘Pillowtalk’ received mixed reviews from critics. Along with Zayn, the track was co-written by Anthony Hannides, Michael Hannides, Joe Garrett, and its producer Levi Lennox. Hadid and Zayn appear in the music video where Hadid appears swinging around Zayn, later both making out and crying black tears.
Awards & Achievements
Gigi Hadid received the First Annual Fashion Los Angeles Award in 2015 for ‘Model of the Year.’
She received the TRL Awards for ‘Best Look’ in 2016. The same year she received the British Fashion Award for ‘International Model of the Year’ presented by British Fashion Council. 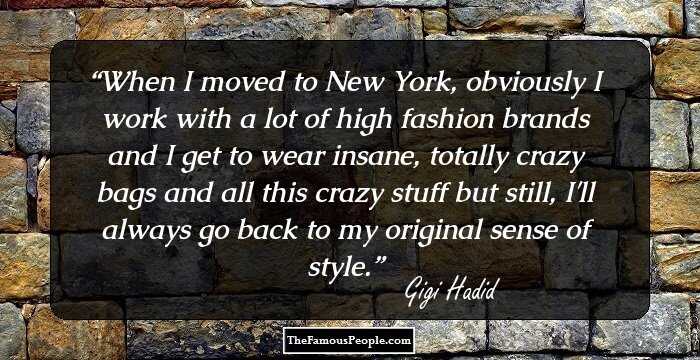 Personal Life & Legacy
Gigi Hadid once dated Cody Simpson though later they were forced to break up because of some personal issues.
Since 2016, Hadid has been in a relationship with Zayn Malik, a British singer and songwriter.

See the events in life of Gigi Hadid in Chronological Order