Kim Kardashian is one among the most highly paid reality TV stars, with an estimated net worth of 40 million dollars. She gained media attention with an infamous sex tape, released just before the beginning of her reality series, ‘Keeping Up with the Kardashians'. The reality show went on to become a massive success and Kim soon became an icon. The success of the show led to the creation of many spin-offs such as 'Kourtney and Kim Take New York' and 'Kourtney and Kim Take Miami'. She has also endorsed a number of products and services and is known to be rather savvy businesswomen. Along with her sisters, Kourtney and Khloé, Kim also manages a series of retail and fashion businesses. Together, the three sisters have launched many clothing lines. She has also launched her own range of perfumes and has written a book titled, ‘Kardashian Konfidential'. She also made headlines for her 72 days marriage with basketball player Kris Humphries. Rob Kardashian
DID WE MISS SOMEONE?
CLICK HERE AND TELL US
WE'LL MAKE SURE
THEY'RE HERE A.S.A.P
Quick Facts

American People
Reality TV Personalities
American Women
Libra Models
Female Models
Childhood & Early Life
She was born as Kimberly Noel Kim Kardashian in Los Angeles, California, to Robert Kardashian and Kris Houghton. She has three siblings, Kourtney, Khloé and Rob.
After her parents divorced in 1991, her mother re-married Bruce Jenner, an athlete, the same year. She has twin half-sisters, Kendall and Kylie, born out of her mother’s second marriage.
She went to the Roman Catholic, girl’s school, Marymount High School in Los Angeles. 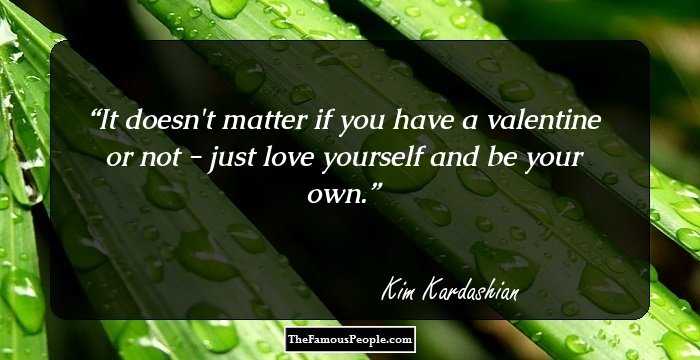 Quotes: You, Love, Yourself
Continue Reading Below
Career
Around, 2003, she first came to limelight for her friendship with well-known socialite, Paris Hilton.
In 2007, she gained media attention after her sex tape with her ex-boyfriend, Ray J, taped in 2003, was leaked. She later filed a suit against Vivid Entertainment, who distributed the tape. She later dropped the suit for a settlement of 5 million.
From October 10, 2007, she and her other family members signed to star in the realty television show, 'Keeping Up with the Kardashians'. The show went on to become a huge success.
In 2008, she played the role of ‘Lisa’ in the spoof film, ‘Disaster Movie'. The same year, she also announced that she would take part in the realty dance show, ‘Dancing with the Stars'.
In 2009, she appeared as a guest star of the episode, ‘Benefits' of the TV show, ' How I Met Your Mother’. That year, she endorsed ShoeDazzle shopping, and the vanilla cupcake mix flavour called 'Va-Va-Va-Nilla of the bakery, ' Famous Cupcakes'.
In April 2009, she came out with her DVD titled, ‘Fit in Your Jeans by Friday’, which was a workout DVD featuring trainers, Jennifer Galardi and Patrick Goudeau.
In August 2009, she was a guest host of the wrestling show 'WrestleMania XXIV'. The same year, she was seen as a guest judge on the show, ‘America's Next Top Model'
Later in 2009, she launched her own perfume named, 'Kim Kardashian'. In December that year, she was seen as a guest star on the TV series, ' CSI: NY', in which she appeared along with Vanessa Minnillo.
She later became part of the reality show, 'Kourtney & Kim Take Miami', a spinoff of the earlier, ' Keeping Up with the Kardashians'. She also appeared as herself in the series, ‘90210'.
Continue Reading Below
From 2010 onwards, she signed many endorsement deals and appeared in the film, ‘Deep in the Valley'. She later produced the reality TV show, ‘The Spin Crowd'.
In 2011, she released another of her perfumes named, ‘Gold’ and her wedding fragrance, ‘Kim Kardashian Love'. That year, a two part series of her wedding preparations and her wedding was telecast.
Later in 2011, she became a part of the reality series 'Khloé & Lamar', appearing in three episodes. She was later seen in 18 episodes of the realty show, 'Kourtney and Kim Take New York'.
In 2012, she launched the fragrance, ‘True Reflection'. The same year, she played the role of ‘Nikki LePree' in the TV series, ‘Drop Dead Diva’ and appeared as herself in the TV shows, '30 Rock' and 'Punk'd'.
In 2013, she offered her voice in the adult animated series 'American Dad!'.
In 2014, she appeared on the cover of the fashion magazine 'Paper'. In the same year, she also released a mobile game for iPhone and Android called 'Kim Kardashian: Hollywood'.
In 2015, she was the cover model for 'Vogue Spain' and also released an emoji pack for iOS devices called Kimoji.
In 2018, she played a cameo in the heist film 'Ocean's 8' 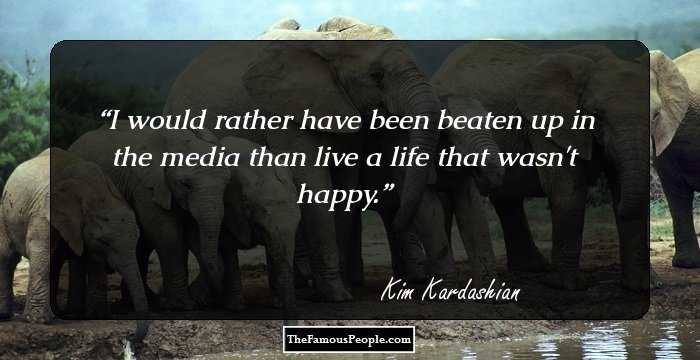 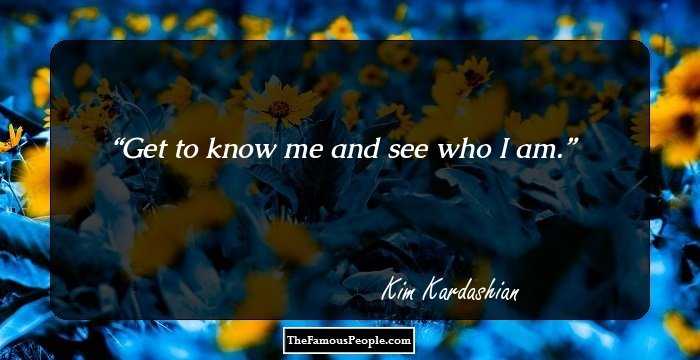 Quotes: Me, I
Family & Personal Life
At the age of 19, she eloped with a music producer Damon Thomas. They filed for a divorce in 2003 and she stated that emotional and physical abuse were the reasons for her separation with Thomas.
On August 20, 2011, she married NBA player Kris Humphries, only to file for divorce within 72 days of the wedding. The divorce was granted in 2013.
In December 2012, she announced that she was pregnant with rapper Kanye West’s baby. They had been dating for a while.
In 2013, she gave birth to daughter North West at the Cedars-Sinai Medical Center in Los Angeles. The same year, she became engaged to Kanye on her 33rd birthday.
Her second child, son Saint West, was born on December 5, 2015. After her second child, she was advised against becoming pregnant again.
Her third child, daughter Chicago West, was born via surrogate on January 15, 2018.
In January 2019, she announced that a second boy is on the way via surrogate.
Trivia
In 2010, this famous American reality TV star, actress and socialite was named PETA’s worst dressed person of that year for wearing fur.

1. Temptation: Confessions of a Marriage Counselor (2013)

Quotes By Kim Kardashian | Quote Of The Day | Top 100 Quotes

See the events in life of Kim Kardashian in Chronological Order