(Singer-songwriter & the Only Child of Elvis Presley)

Lisa Marie Presley was an American singer-songwriter and the only daughter of the legendary American cultural icon Elvis Presley. Born in Tennessee, to Elvis and Priscilla Presley, she was exposed to everything music from the very beginning. Although she belonged to a rich and famous family, she did not have a happy childhood. She witnessed her parents’ divorce and then saw her father being devoured by drugs. She herself fell into the trap of drugs as a teenager but thankfully recovered at the age of 21. She then launched her own music career. In April 2003, she released her debut album, To Whom It May Concern, which peaked at the fifth spot on the ‘Billboard 200’ charts and was later certified “gold.” Soon, she released two more successful albums, Now What and Storm and Grace. Over the years, she also collaborated with other musicians and was been involved with many humanitarian deeds. She was married four times. She died of a cardiac arrest on January 12, 2023. Navarone Garibaldi
DID WE MISS SOMEONE?
CLICK HERE AND TELL US
WE'LL MAKE SURE
THEY'RE HERE A.S.A.P
Quick Facts

Lisa Marie Presley was born on February 1, 1968, to the legendary American icon Elvis Presley and his actor wife, Priscilla Presley, in the singer’s mansion in Memphis, Tennessee. However, all was not well in the family, as her parents were not too happy together and their relationship was heading toward a divorce. Lisa was 4 years old at that time.

Following the divorce of her parents, Lisa continued to divide her time between her parents. She would spend part of a year at her father’s Tennessee house and the rest at her mother’s mansion in Los Angeles.
Lisa was extremely fond of her father. He would often take her with him to his concerts and left no stone unturned in ensuring a highly comfortable life for her. She also started singing as a kid, and her father would often brag about her talent in front of his friends.
However, tragedy struck when Lisa was 9 years old. Elvis had fallen into the trap of drugs, and in August 1977, he passed away from heart failure. Lisa was devastated, as she was close to her father.
Following her father’s death, Lisa started living with her mother in Beverly Hills, Los Angeles. She attended an all-girls school named ‘Westlake School for Girls’ and became addicted to drugs. She listened to rock music and consumed drugs. She had turned into a depressed and lonely teenager. She had difficulty moving on from her father’s death.
At the age of 18, she found herself on a 72-hour trip of drugs and realized that she did not want to die like her father. She instantly decided to do something positive with her life. This turning point in her life motivated her to start making music. 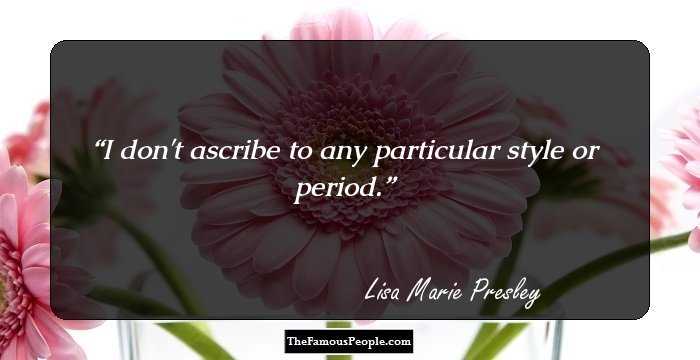 On her father’s 20th death anniversary, she presented her voice to the world for the first time. She had mixed her vocals with her father’s on his song Don’t Cry Daddy. The song resonated with the crowd and made people emotional. She immediately set out to work on her debut album.

After five years of thorough work, she released her debut album, To Whom It May Concern, in 2003. The album was one of the highlights of the year. It received positive reviews and peaked at the fifth spot on the ‘Billboard 200’ chart, which was not a small deal for a young artist like her.

Two months after its release, the album was certified “gold” by the ‘Recording Industry Association of America’ (RIAA). Lisa had written almost all the songs on the album. She also took care of the arrangements herself. She embarked on a UK tour in order to promote her album there. It was a successful event. Critics praised the uncompromising and bold use of tunes in the album.

Motivated by the success of her debut album, she immediately started working on her next album. In April 2005, she released her second album, Now What. It reached the ninth spot on the ‘Billboard 200’ chart and was also a critical and commercial success. Two songs from the album, Idiot and Shine, became chart-topping numbers and were played on the radio for weeks in a row.

She took seven years to release her next album, Storm & Grace. This time, she wanted a more classical feel and hired Oscar- and Grammy-winning music producer T Bone Burnett for the job. The album was touted as her best album and sold more than nine thousand copies in the first week itself.

The album had 11 tracks and almost all of them were immensely loved by her fans. The album debuted at number 21 on the ‘US Billboard Rock’ chart.

Lisa also collaborated with several musicians from time to time. In the early phase of her music career, she collaborated with singer Pat Benatar for a performance at the ‘VH1 Divas Duets.’ The same year, she contributed a recording of the single Silent Night to the ‘NBC Holiday Collection.’ Musicians such as Kylie Minogue and Coldplay’were also a part of that initiative.

In August 2007, on the 30th death anniversary of her father, she recorded a “duet” with him for his song In the Ghetto. The video had the father–daughter duo appearing together in a digitally controlled frame.

She also collaborated with singer Richard Hawley and performed with him on stage in London for the single Weary, which was their first collaboration. 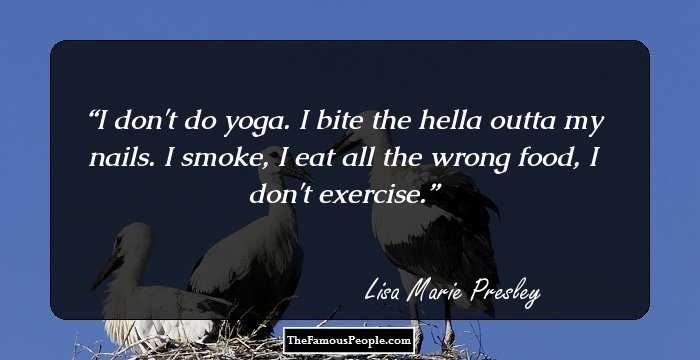 Lisa Marie Presley was been associated with many charitable causes. She was the chairperson of the ‘Elvis Presley Charitable Foundation.’ In 2001, the ‘Presley Place,’ which provides shelter to homeless families free of cost for a year, was opened. The place houses an ‘Elvis Presley Music Room,’ where the young residents of the house can learn to play music.

Lisa joined hands with Oprah Winfrey and worked for the victims of Hurricane Katrina. She also became a patron for a charitable cause known as the ‘Dream Factory.’ The charity provides treatments to poor children who are terminally ill or disabled.

Awards & Honours
Lisa Marie Presley was officially honored by the governor of Tennessee for her efforts during the Katrina catastrophe. The mayor of Memphis also praised her efforts wholeheartedly. 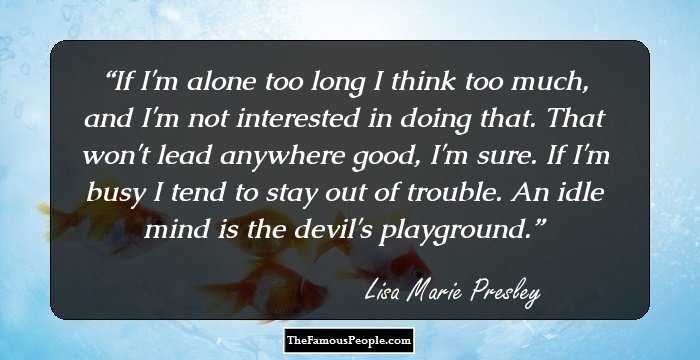 Just 20 days after she and Danny divorced, she shocked everybody and married pop star Michael Jackson. She had stood by Michael when he was apprehended for child abuse. The couple got married in 1994, but the relationship did not last long. They divorced in 1996.

In August 2002, she married actor Nicolas Cage. The marriage did not last for more than four months, as Cage filed for divorce in November 2002. The divorce was finalized in 2004.

In 2006, she got married to her friend, guitarist Michael Lockwood. Soon, they had twin daughters. In 2016, Lisa Marie Presley and Michael Lockwood filed for divorce. The divorce was finalised in 2021.

Lisa Marie Presely died on January 12, 2023, at a Los Angeles hospital after she was taken there post a cardiac arrest. She was 54.