“When they say the sky is the limit, to me that's really true”, these lines by Michael Jackson beautifully suffice his life and his love for music. A music aficionado and enthusiast, Jackson changed the way people looked on to music and created a never-ending craze with his chartbusters and best-sellers. He gave pop and rock its life and blood and wrote chapters in the history of music that would long live for centuries to come. A music propeller in the truest sense, it was his outstanding gift and prodigious talent that made him a sensation globally. His countless awards and honorific titles, such as ‘King of Pop’ and ‘Artist of the Decade, Generation, Century and Millennium’ are a glaring testimony to his enthralling musical career. His supremely endowed music won the hearts of millions worldwide, making him a global figure in the popular culture for almost four decades. While his distinctive sound and style has been of great influence to numerous hip hop, post-disco, contemporary R&B, pop, and rock artists, it was his angelic dance style that continues to be one of the popular styles of dance. He was the man behind today’s popular dance styles, moonwalk and robot, both of which bear the name MJ style. It was for his relentless contribution to music, dance and fashion that he was named ‘the most successful entertainer of all time’. American Celebrities
Choreographers
Lyricists & Songwriters
Rhythm & Blues Singers
American Men
Childhood & Early Life
Born in an African-American working class family, he was eighth of the ten children of the couple Joseph Walter "Joe" Jackson and Katherine Esther Scruse. While his father worked as a steel mill worker, his mother was a sincere Jehovah Witness.
From a very young age, he was a music lover. Initially starting as a backup musician, he soon found his way as a lead singer in the family band, the Jackson 5. 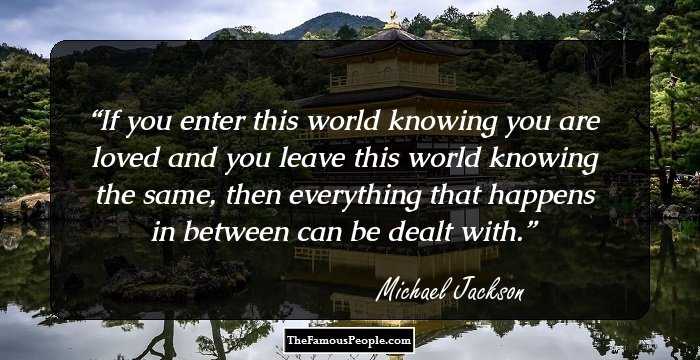 The Sexiest Men Of 2020, Ranked
Career
The Jackson 5 started touring Midwest, extensively performing at black clubs. In 1967, they released their first single, ‘Big Boy’ with Steeltown record label but the same failed to interest the audience.
In 1968, they signed a contract with Motown Records, which required them to relocate to Los Angeles. Following year, they came up with their first album, ‘Diana Ross Presents the Jackson 5’. Its first single, ‘I Want You Back’ was a chartbuster and was followed by bestsellers ‘ABC’, ‘The Love You Save’, and ‘I'll Be There’, each of which peaked at No 1 on Billboard Hot 100.
In addition to the band, he launched his solo career as well - his first ever solo single being ‘Got to Be There’. The song met with runaway success and established his reputation as a solo artist.
The Jackson 5 band withdrew its association with Motown Records in 1975. The same year, they tied up with Epic Records under a new name ‘the Jacksons’.
From 1976 to 1984, the band toured internationally and released six new albums. He became a leading songwriter for the group, writing numerous hits one after the other.
Meanwhile, he launched his solo album in association with Quincy Jones, ‘Off the Wall’ in 1979. The album was a tremendous hit and the first ever to generate four U.S. top 10 hits. It peaked at the number three on the Billboard 200 and eventually sold over 20 million copies worldwide.
The desire to make a bigger impact than what ‘Off the Wall’ made, led to the 1982 release of the album ‘Thriller’. A grand blockbuster, the album broke all records to become the best-selling album of all time worldwide. It topped the Billboard 200 chart for 37 weeks and was in the top 10 of 200 for 80 weeks at a stretch. The album sold 65 million copies and achieved a Double Diamond status in the US.
In 1983, he reunited with his brothers for a live performance. It was there that he showed his signature dance style, the moonwalk, which became an epic. Magic was created on stage as he sung the chartbuster ‘Billie Jean’ whilst performing the moonwalk.
In 1985, along with Lionel Riche, he co-wrote ‘We Are the World’, originally a charity single which became the best-selling singles of all time, selling about 30 million copies.
Continue Reading Below
A follow-up to ‘Thriller’ came in 1987 when he released the album, ‘Bad’. Though the album was unable to replicate the runaway success of ‘Thriller’, it nevertheless was a convincing chartbuster. Seven of its singles peaked at No 1 position on the Billboard Hot 100. The album sold about 45 million copies worldwide.
In 1988, the exemplary pop star released his autobiography titled Moonwalk. The book duplicated the success of his music albums by selling about 200, 000 copies and making it to the New York Times best-seller list.
By now, he had achieved an iconic status. Right from his music albums to his autobiography to his cosmetic surgeries, everything made big news. One such news was his buying a 2,700-acre property, which he named Neverland, near Santa Ynez California
Year 1991 witnessed the release of his eighth album, ‘Dangerous’. Much like its predecessors, ‘Dangerous’ became the best-selling album of the year worldwide, with its singles, ‘Black or White’, ‘Remember the Time’ and ‘Heal the World’ topping the charts
He founded the ‘Heal the World’ foundation in 1992, and the same year, he released his second literary offering, ‘Dancing the Dream’, which gained commercial success but lacked critical acclaim.
In 1993, he performed at several significant events, including Super Bowl XXVII. The same year, he was charged of molestation but since there were no proofs to support the allegation, the charges were withdrawn.
He came up with the album, HIStory: Past, Present and Future, Book I in 1995. Barring the single, ‘Scream’, which he sung with sister, Janet Jackson, the album received lukewarm response.
In October 2001, he released the album, Invincible. This was his last full-length album. Though the album gained decent success, it was his eccentric and disoriented behaviour that caught the headlines. 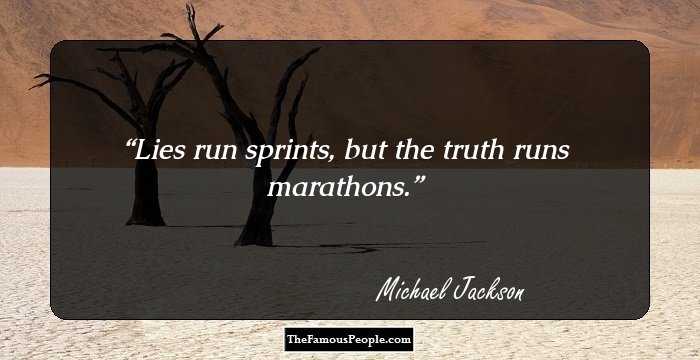 Continue Reading Below
Major Works
His eight albums have made whooping sales of 1 billion units worldwide and earned him $750 million in his lifetime, with five of his albums gaining world’s best-selling records. ‘Thriller’ has been the biggest selling album with reported sales of 65 million units.
Awards & Achievements
He received numerous awards including 31 Guinness World Records, 13 Grammy Awards, Grammy Legend Award and Grammy Lifetime Achievement Award, 26 American Music Awards and 18 World Music Awards.
He was inducted in the Hollywood Hall of Fame, Rock and Roll Hall of Fame, Songwriters hall of Fame and Dance Hall of Fame. 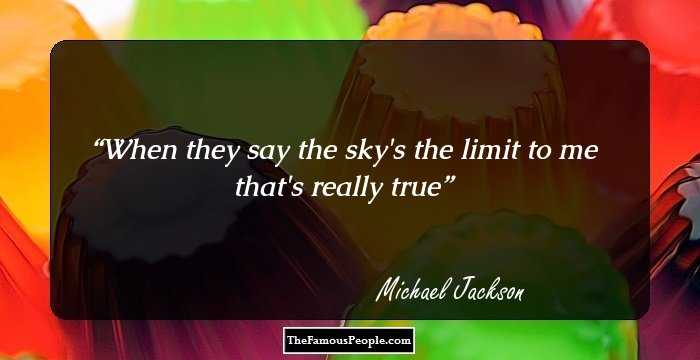 Quotes: Me
Family, Personal Life & Legacy
He married twice in his lifetime. His first marriage was with Lisa Marie Presley, the daughter of Elvis Presley, in 1994, but this union did not last long and the two divorced in 1996.
He married his long-time friend Deborah Jeanne Rowe, a dermatology nurse, in 1997. The couple was blessed with two children, Michael Joseph Jackson Jr and Paris-Michael Katherine Jackson. The two separated in 1999. He had a third child, Prince Michael Jackson II, from a surrogate mother through artificial insemination.
The King of Pop passed away unexpectedly following a cardiac arrest on June 25, 2009. His sudden and tragic death raised a global outburst of grief as millions mourned his death.
A televised memorial was held on July 7, 2009, at the Staples Center in Los Angeles. While 17,500 free tickets were issued to fans via lottery, an estimated 1 billion viewers watched the memorial on TV or online.
Memorials were constructed and statues were unveiled all over the globe in the aftermath of his death. The Lunar Republic Society renamed a crater on the moon Michael Joseph Jackson in his honor.

Quotes By Michael Jackson | Quote Of The Day | Top 100 Quotes

See the events in life of Michael Jackson in Chronological Order