Jerry Rawlings is a Ghanaian ex-military leader and politician, who has also served as the president of Ghana. He was born in Accra, the capital of Ghana, to a chemist father. Jerry hails from the Ghanaian tribes known as Ewe and Nzema. After completing his secondary education in 1967, he joined the ‘Air Force’ of Ghana. There, he developed a moral value code and also closely observed the injustices that Ghanaians faced. Soon, he became active in politics and developed a leftist ideology. After the government was overthrown in 1979 in a famous “coup d’etat,” a civilian government was established. However, Ghana’s economic condition deteriorated further, which led Jerry to take charge. In December 1981, he overthrew the government again and became the ruler of Ghana. In 1992, he established the ‘National Democratic Congress’ and became the president of the country. He served as the president twice and currently serves as an envoy of the African Union to Somalia. Miguel Díaz-Canel
DID WE MISS SOMEONE?
CLICK HERE AND TELL US
WE'LL MAKE SURE
THEY'RE HERE A.S.A.P
Quick Facts

Ghanaian Celebrities
Black Presidents
Military Leaders
Political Leaders
Black Military Leaders
Childhood & Early Life
Jerry John Rawlings was born on June 22, 1947, in Accra, Ghana, to James Ramsey John and Victoria Agbotui. His was a middle-class family,. He belongs to the lesser-known Ghanaian tribes Nzema and Ewe. His father also lived in England for many years and had another wife (and children) there. In Accra, he worked as a chemist.
Jerry did not inherit any political or social ideology from his parents. However, he had a clear idea about rights and wrongs. He did not tolerate anyone bullying him or others, and he always stood by the weak.
As he grew up, he also became aware that political leaders must have integrity and empathy toward their subjects. However, he was introduced to a totally different reality, which eventually paved his way to politics.
After finishing school, he joined the ‘Achimota College.’ Even though he had the option to study outside Ghana, he opted out of it. He later joined the ‘Ghana Air Force.’ While working as part of the force, he also resumed his education. He graduated within 2 years of joining the force.
Continue Reading Below
Military & Political Career
In 1969, he was commissioned as a second lieutenant in the ‘Ghana Air Force’ and exhibited great skills as a fighter plane pilot. Over time, he became skilled in acrobatics and also won the ‘Speed Bird Trophy’ as a pilot. However, he also witnessed the corrupt political environment of his country.
He observed a decline in discipline and morale in the ‘Supreme Military Council,’ which was plagued with corruption. By 1978, he had been promoted to the rank of flight lieutenant, which was one of the highest ranks in the ‘Air Force.’ Thus, he came in direct contact with several politicians and high-level military officials.
He had been developing a leftist ideology after studying world politics. He joined a movement called the ‘Free Africa Movement.’ It was an underground group of military men from all over Africa, with the sole aim of launching “coup d’etats” across the continent and crushing corrupt governments.
In May 1979, the Ghanaian civil elections were due, but just a few days before that, Jerry and six other soldiers attempted a “coup” on the government. However, they failed, and as a result, they were arrested by the Ghanaian authorities.
The government did not look at it very kindly. Jerry was tried in court and eventually given a death sentence. However, his statements on the social injustices that Ghanaians faced and his efforts to rejuvenate the African political and social climate struck a chord with the locals, and he gained a lot of civilian sympathy.
In June 1979, a few soldiers, who were also his supporters, took away Jerry from custody while he was awaiting his death sentence. By then, Jerry had gained a significant following among the masses. A few days later, Jerry organized a successful “coup” on the government of Ghana. He quickly established the ‘Armed Forces Revolutionary Council’ and declared himself its chairman.
What came next was a series of brutal political killings that shook Ghana to its core. The ‘AFRC’ killed several military commanders. Later, in one more wave of violence, more than 300 Ghanaians were either killed or abducted. The news was telecast worldwide.
Meanwhile, Jerry had taken over the control of the government. He oversaw the elections that took place in September 1979, following which Hilla Limann became the president of Ghana.
It was hoped that the new regime would prove to be a boon for Ghana’s rapidly deteriorating economy. However, that did not happen. Within 2 years, Jerry got tired of the incompetency of Hilla’s policies in reviving the economy. He took charge of his nation once again, and this time, his tenure continued for a long time.
Continue Reading Below
In December 1981, in another “coup” launched by Jerry, the Hilla government was ousted from power. Jerry established the ‘Provisional National Defence Council’ (PNDC) and applied military rule by employing the “military junta” as the ruling government, which he himself headed.
However, Jerry was not too experienced in economic matters. He employed an economic plan, through which he got the export–import trade under the government’s jurisdiction. That way, he aimed at eliminating the roles of some capitalist businessmen whom he believed to be corrupt. He also wanted to diminish the Western influences on trade.
In 1983, Jerry’s economic policies caused a massive blunder and pushed Ghana into a massive economic crisis. Inflation was at an all-time high. Hence, he had to adopt the economic policies the previous governments had followed. He had to privatize many state-owned companies. His government also stopped setting the pricing strategies of the country.
These conservative economic policies worked and revived Ghana’s economy. By the early 1990s, Ghana had become one of the fastest-growing countries in Africa. By then, the people of Ghana had begun demanding a fully functional democracy in Ghana.
Ghana’s presidential elections were held in 1992, in which Jerry’s ‘PNDC’ emerged victorious. Jerry was extremely popular with the masses, and no opponent could match his popularity.
However, many opposition parties claimed that the elections were unfair. Hence, for the 1996 elections, new voting measures were adopted. It was important for Jerry to listen to his opponents, as he needed to shed his “military dictator” image to gain popularity with his subjects. He won again in 1996 and was elected the president the second time in a row.
However, in 2000, when his second term ended, he stepped down from contesting in the next election, as the Ghanaian constitution had a two-term limit. He thus respectfully retired from his position.
He is currently working as a representative of the African Union in Somalia.
Family & Personal Life
Jerry Rawlings married Nana Konadu Agyeman in 1977. The couple have four children together. In the 2016 presidential elections, she contested for the presidential seat and became the first Ghanaian woman to do so.
Jerry has given lectures in various universities around the globe, such as the ‘Oxford University.’

See the events in life of Jerry Rawlings in Chronological Order 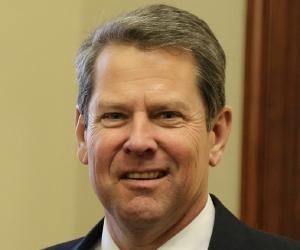