(Former Member of Ghana Parliament and Ambassador to Germany)

Advanced Search
Akua Dansua is a Ghanaian journalist and politician who was a Member of Parliament for more than a decade. Born and raised in Ghana, she completed her post-graduation in journalism and was appointed as the Chief Reporter of a newspaper. She rose through the ranks as a reporter of the then ‘Weekly Spectator’ to the position of a Features Editor of the newspaper. She held this position until she moved into politics and was appointed the District Chief Executive for Kpando during the erstwhile PNDC regime. Subsequently, she rose to prominent positions in the cabinet and became the Minister of Women and Children’s Affairs, and then became the first female to be appointed as the Minister of Youth and Sports. Later on in a cabinet reshuffle she was made the Minister of Tourism. Currently, she serves as Ghana’s ambassador to Germany. She is also an expert in communications, gender and youth development, local and international governance, and sustainable tourism. In addition, she is a noted social activist and a prominent supporter of children’s rights and plays an important role in the country’s fight against HIV/AIDS. She has been an important figure in Ghanaian parliament for the past several years, participating in numerous international conferences around the world, and continues to represent her nation on the global stage Kwame Nkrumah
DID WE MISS SOMEONE?
CLICK HERE AND TELL US
WE'LL MAKE SURE
THEY'RE HERE A.S.A.P
Quick Facts

Ghanaian People
Black Activists
Black Journalists
Political Leaders
Black Political Leaders
Childhood & Early Life
Akua Dansua was born on April 23rd, 1958, at Hohoe, the Hohoe Municipal District of the Volta Region, Ghana.
She received her primary education from the Kadjebi-Akan Local Authority Experimental Primary and Middle School. Later, she attended the Mawuli School at Ho, the capital of the Volta Region, from where she obtained her secondary education. She completed her journalism studies from the Ghana Institute of Journalism’ in Accra.
From 1979 to 1980, Akua Dansua was an Electoral Assistant at the Electoral Commission of Ghana. Later, she served as the Chief Reporter of the ‘Nigerian Reporter’ newspaper between 1983 and 1987.
Then she became a postgraduate student of Communication Studies at the University of Ghana at Legon and completed the course in 1990.
She also acquired a Master’s degree in ‘Governance and Leadership’ from the Ghana Institute of Management and Public Administration (GIMPA).
Continue Reading Below
Career
After completing her graduation, Akua Dansua worked with the ‘Weekly Spectator’ newspaper in Accra, Ghana, as a journalist. She went on to become the Features Editor of the newspaper and held the post until she decided to join politics.
She became a member of the National Democratic Congress and from July 1997 to December 2000, she served as a District Chief Executive in the Kpando District.
In 2001, Akua Dansua was elected as Member of Parliament from the North Dayi constituency. She also served as an election Observer for ECOWAS in Sierra Leone in 2002, and also for the Commonwealth in the Gambia in 2006.
In 2009, Akua Dansua was appointed the ‘Minister for Women and Children's Affairs’.
In January 2010, after a cabinet reshuffle, she became the first woman to be appointed the ‘Minister for Youth and Sports’. She remained in the position until January 2011, when she replaced Zita Okaikoi as the ‘Minister for Tourism’.
Akua Dansua has also worked as Technical Advisor to the ‘National Council on Women and Development’ and as a Media Consultant to the ‘United Nations Development Program (UNDP)’.
As a journalist, she was an executive member of the Parliamentary Press Corps. She was the first chairperson of the West Africa Media Network (WAMNET) and one-time vice-president of the Association of Women in the Media (ASWIM).
She is currently a part of several social and non-governmental organizations such as the ‘African Women Development FUND (AWDF)’, where she serves as a local advisor. She is also an advocate for ‘Gender and Development Initiatives-Ghana’, an NGO at Kpando.
She is a member of the Evangelical Presbyterian (EP) University College Council and also serves on the board of ‘Africa in Democracy and Good Governance’ (ADG).
Akua Dansua is currently Ghana’s Ambassador to Germany.
Major Works
In 2006, she undertook special assignments as a member of Commonwealth Observer Team to The Gambia Presidential election. She also played a crucial role as a member of Ghana’s Parliamentary delegation to the 37th African conference of the Commonwealth Parliamentary Association, Abuja, Nigeria.
She has represented her country on several important platforms including the globally-acclaimed ‘Fifth International Conference of Women’ in Beijing, China, in 1995, and the celebration of the 50th Anniversary of Democracy in India in 2003.
Awards & Achievements
In 1991, she was the recipient of the Dag Hammarskjold fellow, awarded by the United Nations Correspondents Association to the most promising journalist from Africa.
For her leadership role in the development of women in the country, Akua Dansua was recognized by the ‘Women’s Law and Human Rights Institute of the Art Foundation’
Personal Life & Legacy
Currently, she is divorced and has three children. Her hobbies include social work, listening to music, reading, discussions and browsing the internet.
Trivia
She is a gender, children’s rights and HIV/AIDS activist
Recommended Lists:
Activists #2141
Media Personalities #5976
Leaders #13426

See the events in life of Akua Dansua in Chronological Order 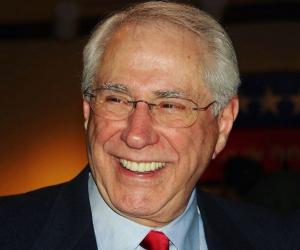 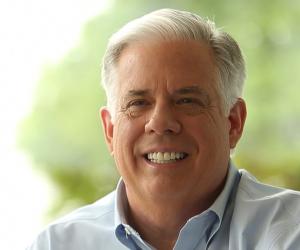