Hezekiah was the 13th king of Judah, hailed for reforming the religious culture in his kingdom. His religious beliefs and political ideologies varied greatly from those of his father, Ahaz, who lost the backing of the prophets after he placed the kingdom of Judah under Assyrian suzerainty. Hezekiah not only rectified the policies brought in by his father, but he also reformed the temples and destroyed the idols as he was against the concept of idol worship. He did everything to stop idol-worshipping in his kingdom and strictly mandated worshipping the “one true god” Yahweh and prohibited the worship of any other divine figures. During the Assyrian invasion, he paid a hefty ransom to save Jerusalem from the hands of Sennacherib. Hezekiah built tunnels to bring fresh water in Jerusalem and also fortified the city from foreign invasions. People in the region started to have an improved standard of living and got access to better education during his reign.

Melchizedek
Emperors & Kings #261
Historical Personalities #351
Continue Reading Below
DID WE MISS SOMEONE?
CLICK HERE AND TELL US
WE'LL MAKE SURE
THEY'RE HERE A.S.A.P
Quick Facts

Israeli People
Israeli Emperors & Kings
Israeli Historical Personalities
Childhood & Early Life
Hezekiah was born in 739 BC, probably in Jerusalem, to King Ahaz of Judah and his wife, Abijah. However, according to Thiele’s historical documents, he was born in 741 BC. His mother, Abijah, was the daughter of the high priest, Zechariah.
Continue Reading Below
You May Like

The Hottest Male Celebrities With The Best Abs
Ruling the Kingdom of Judah
From a very young age, Hezekiah served Judah as a coregent with his father until 715 BC, according to American archaeologist William F. Albright. After the end of his father’s reign, Hezekiah brought a series of changes in governance, though it was the spiritual reformations he concentrated on first.
Hezekiah’s primary aim was to put an end to the worship of idols. He demolished several idols and reinstated the priesthood. Hezekiah ordered the destruction of the ‘Bamots’, the places of worship, as well as the ‘Nehushtan’, the bronze serpent on the pillars, which, according to the Bible, would protect the family from venomous snakes.
Hezekiah insisted on worshipping the one true God at the Jerusalem temple and resumed the Pesach pilgrimage which included inviting the popular ‘ten lost tribes’ of Israel for the Pesach festival. He also invited the tribes from Ephraim, Manasseh, Asher, and Zebulun to take part in the Pesach celebration, but the tribes did not respond warmly to his invitation.
Assyrian Invasion & Protecting Jerusalem
Around the year 710 BC, Hezekiah actively took part in a campaign against King Sargon II of Assyria following the Assyrian Invasion. After the death of King Sargon II, his son Sennacherib sat on the throne. Sennacherib wanted to squash the new rebellions that broke out under the leadership of Hezekiah in Palestine.
In 703 BC, Sennacherib started a campaign to end the rebellion and marched towards the cities in the east and later the opposite side of the realm. When Hezekiah realized Sennacherib will be marching towards Judah soon, he prayed to God to spare Jerusalem.
Instead of asking or expecting help from Egypt, Hezekiah tried to pay a tribute to Sennacherib to save Jerusalem from the siege. According to the Bible, Hezekiah paid around 300 talents (unit of weights introduced in Mesopotamia) of silver and a further 30 talents of gold to the king of Assyria. Sennacherib didn’t keep his word despite getting the tribute and sent his messenger to the Jerusalem walls and warned the men guarding against following Hezekiah.
The fortified walls of Jerusalem made it hard for the invaders to break in. Hezekiah made sure that the city did not suffer due to a siege. Long tunnels brought fresh water from outside springs into the city and the king of Judah also built the “Broad Wall” which was later discovered in the 1970s by an Israeli archaeologist.
Remarkably, during the campaign when Sennacherib’s army reached the city of Pelusium in Egypt, a plague broke out. The entire army, or at least the majority of it, was decimated from the plague which made the people of Judah believe it was the blessing of the God. This astonishing incident earned Hezekiah more trust from the people and further strengthened the citizens’ belief in Judah and Jerusalem.
Family & Personal Life
Hezekiah became seriously ill due to inflammation in the body which was thought to be fatal. According to the Bible, the disease was the result of a conflict between Isaiah and him about who should visit whom. Isaiah paid the sick king a visit and told him he wouldn’t survive for long if he didn’t get married.
Hezekiah miraculously recovered and decided to get married to Isaiah’s daughter. He married Hephzibah and had a son, Manasseh, born in 709 BC. Manasseh later became the king of Judah and ruled for almost five decades.
Upon Hezekiah’s recovery from the sickness, the son of the king of Babylon paid him a visit to wish him good health. Overwhelmed by the generosity of the royals from Babylon, Hezekiah gave them a tour of Jerusalem and even showed them the assets, wealth, and the arsenal.
Isaiah (Hezekiah’s father-in-law) didn’t think highly of Hezekiah’s boasting to the king of Babylon and warned Hezekiah that Babylon will probably attack Jerusalem in future for the wealth and the assets.
Hezekiah lived for a decade and a half after his near-fatal illness, mostly in good health. He died in 687 BC in Jerusalem, at the age of 51.
You May Like

See the events in life of Hezekiah in Chronological Order 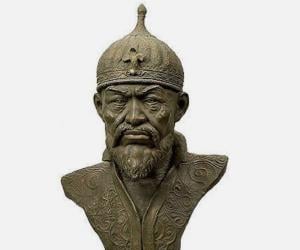