As per the Hebrew Bible (the Old Testament), Saul ben Kish was the first king of the United Kingdom of Israel (Israel and Judah). Before him, Israel was essentially a tribal society. As king, he successfully led battles against enemies including Amalekites and Philistines. The Hebrew Bible states that he ruled for two years; however, scholars think that his reign perhaps lasted for twenty to twenty two years. He died by taking his own life so as to avoid capture by enemy after a defeat in a battle with the Philistines. He was succeeded by his son Ish-bosheth who ruled briefly. Later David who was an important member of his court and who he had become envious of, was crowned the king. All accounts about Saul’s life come from The Hebrew Bible and there are no other non-biblical sources that support the account. However, some archaeological evidence back aspects of his reigns. Baldwin IV of J...
DID WE MISS SOMEONE?
CLICK HERE AND TELL US
WE'LL MAKE SURE
THEY'RE HERE A.S.A.P
Quick Facts

The details of Saul’s life are found in the Old Testament book of I Samuel. According to it, he was the son of an affluent Benjamite landowner, Kish. The tribe of Benjamin was one of the twelve tribes of Israel.

He was married to Ahinoam with whom he had four sons and two daughters. His sons included Jonathan, Abinadab, Malchishua and Ish-bosheth while his daughters name were Merab and Michal. He also had a concubine Rizpah with whom he had two sons Armoni and Mephibosheth.

The Hebrew Bible gives three different versions of his ascension to the throne. In the first version, he goes on a search of his father’s lost donkeys. After his search fails, he visits a seer prophet Samuel at Ramah who welcomes the tall, handsome son of Kish and anoints him prince (nagid) over Israel.

In the second version Israelites seek to establish a centralized monarchy by uniting different tribes and appointing a king. Saul is thereby chosen by Samuel to rule as a monarch and protect his kingdom from enemies.

As per the third version, which is considered by some as most reliable, he successfully rescued the town of Jabesh-Gilead from an Ammonite attack. This led to him being crowned the king by Samuel in a public ceremony at Gilgal.

The area that became his kingdom was not very big. It probably comprised Mt. Ephraim, Benjamin and Gilead with some control over the northern mountains in Judah and beyond the Jezreel Valley.

As per the Hebrew text of the Bible, he became king at the age of one and ruled for a couple of years; however, scholars agree that this was unlikely and the reign probably continued for a period of twenty or twenty-two years. The time of his reign was probably between 1021 and 1000 BCE.

As king, he successfully conducted several military campaigns against Israel's enemies. Most significantly, he defeated the Philistines and succeeded in pushing them out of the central hills. He also emerged victorious in the military campaign against the Amalekites.

According to the biblical text, he also went on wars against the Moabites, Ammonites, Edomites, Aram Rehob and the kings of Zobah.

Continue Reading Below
Downfall of Saul and Rise of David

If his rise to kingship was majorly due to the backing of Samuel, his decline too was because the latter withdrew support from him. His failure to perform his religious duties is primarily considered the reason for it.

In one case, he waited for seven days for Samuel to come and perform the sacrifice before the battle against Philistines. However, when Samuel did not come, he performed the rites himself. Immediately after he finished the rites, Samuel came and rebuked him for disobeying orders and overstepping his boundaries.

Later, Samuel asked him to wage a war on the Amalekites and destroy them completely. Accordingly, Saul defeated the Amalekites but did not kill the king and saved the best sheep and cattle for a sacrifice. Samuel, on learning about it, informed him that he had disobeyed God and had thus been rejected by him.

Guided by God, Prophet Samuel then headed towards Bethlehem and anointed David, son of Jesse, as the future king.

David then arrived at Saul’s court. There are varying accounts of this in the Book of Samuel. In one, David arrived at the court as a harpist whose music provided relief to Saul troubled by the evil spirits. According to another account, it was David’s military capabilities that made him known to Saul.

In yet another battle, the Philistines fielded a fearsome bronze spear wielding giant, Goliath who issued a challenge of a single combat. None came forward, barring the young David who, with a single shot from a sling, killed Goliath.

Saul appointed him the head of his army. He also offered his elder daughter Merab’s hand in marriage; however, David declined.

David’s battlefield success and rise in his court aroused a sense of jealousy and rivalry in him. Despite his daughter Michal’s marriage and his son Jonathan’s close friendship with David, his feeling of resentment persisted. He plotted to kill David but the latter successfully fled to Philistines.

The Philistines forces mounted a fresh attack on Israel and Saul and his sons led the army to fight the enemy at Mount Gilboa.

Before the fateful battle, he visited a medium or witch with a hope to receive some advice and words of encouragement from the spirit of the dead Samuel. He is informed by Samuel that God had rejected him completely and he would lose not only the battle but also his life as well as the life of his sons

In the battle, his three sons including his heir, Jonathan, were killed. Saul himself, in order to avoid capture by the enemy, killed himself by falling on his own sword.

The decapitated bodies of Saul and his three sons were displayed on the wall of Beth-shan. However, men of Jabesh-Gilead put their own lives in danger and recovered the bodies at night. The bodies were then given a proper burial.

He was succeeded by his son Ish-bosheth who became the second king of Israel but two years later, he was killed. David was then anointed the King.

All details about King Saul’s life and reign come from the Bible. There is no other text that talk about his existence. Yet there are some evidences that back parts of his life.

Archaeologists seem to back that until about 1000 BCE, the society of Israel did not have a centralized administration and was basically a society of agriculturalist and cattlemen.

In 2019, a team of archaeologists claimed to have found the city of Ziklag, which is where David fled to escape being killed by Saul.

See the events in life of Saul in Chronological Order 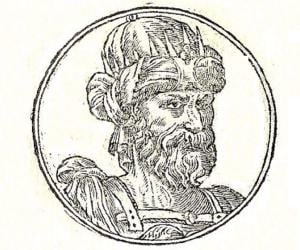