Granville Woods was an American inventor who was a contemporary to greats of his time like Alexander Graham Bell, Thomas Edison and George Westinghouse. He was the first inventor of African ancestry to be an electrical and mechanical engineer post the Civil War. Heralded as the ‘Black Edison’ by one newspaper, it is only ironic given that he once defeated Edison in court over a patent right. He even rebuffed Edison’s offer of partnership after the win, citing the reason that it would stifle his freedom of thought. He held more than 60 patents, a majority of which dealt specifically with communications and applications in the field of railways. But he also lived in times marred by racial discrimination, which meant that he had to continuously fight for his right to own his inventions in courts. He won some, lost many and while he did not get the recognition he truly deserved then, he is remembered today as one of the most understated pioneers of the 19th century whose inventions changed the way modern communication systems and railways function. American Celebrities
Black Inventors
Black Engineers
Electrical Engineers
Mechanical Engineers
Childhood & Early Life
Granville Taylor Woods was born on April 23, 1856 in Columbus, Ohio into a humble African American household. His father was a sawyer and his mother washed clothes for a living. He had a brother named, Lyates.
Living in a time of intense racial discrimination, he was forced to leave school early and began working in a machine shop at the age of ten.
From 1872 to 1880, he travelled the country, and worked as a fireman in a railyard and rolling mill. He spent time aboard a British steamer as an engineer and returned to Cincinnati to take up the post of a steam locomotive engineer.
In that time, he qualified for taking engineering courses at a college in New York city. He worked in the day and attended night classes.
Continue Reading Below
Career
Based on the knowledge he gained about electrical and mechanical applications from his years of work, Granville Woods successfully filed for his first patent on 3rd June 1884; an improved version of a steam boiler furnace.
That same year, he along with his brother registered the Woods Electric Company in Cincinnati to develop new inventions and market them. Thus, began his career as an inventor.
In December 1884, he was granted a patent for his telephone transmitter. Although similar in principle to Graham Bell’s decade-old telephonic device, his apparatus carried a clearer and discernible sound over longer distance. Due to means and money to manufacture the device in numbers, the patent was later reallocated to the American Bell Telephone Company.
In 1885, he patented yet another invention, the ‘telegraphony’, which was a telephone and telegraph rolled into one mechanism. Like the telegraph, it could send long and short pulses, but it could also transmit and receive audio messages by flipping a switch. Seeing its huge demand, he sold the patent to American Bell Telephone Company for an attractive sum.
On 29 November 1887, he filed a patent for his ‘Induction Telegraph’ system. However, it was challenged in the courts by two inventors, Thomas Edison and Lucius Phelps in separate legal suits on the premise that they developed a similar system before him. In both cases, Woods emerged victorious.
In 1889, he patented another invention called the re-electric railway supply system. The mechanism used a ‘troller’ or grooved wheel to efficiently transfer electric current to the car by producing less friction. The troller is the etymological source for the term ‘trolley car’.
In 1891, he moved his research operations from Cincinnati to New York, and along with his brother Lyates and another inventor, James Zerbe started the American Engineering Co.
He accused Zerbe of stealing his electric railway conduit patent, who in turn filed a criminal libel against him in 1892 following a street tussle. His inability to post money for bail meant that he had to do some jailtime. The two met again in court over patent ownership, which Woods ultimately won, but by then Zerbe had already patented the million-dollar design in Europe.
In 1900, he successfully filed a patent for an egg incubator that provided a constant temperature for hatching of chicks. By removing the need for the mother hen to provide warmth to the eggs, it decreased the incubation period, in turn profiting the poultry industry.
Continue Reading Below
Major Works
Both his electrical inventions that deal with sound transmissions were ground-breaking in their own ways. While the physical properties of his telephone transmitter still find use in modern landlines, the application possibilities of the telegraphony invention had a much larger audience than the telegraph could ever manage.
Prior to his Induction Telegraph system, railway communications due to limitations in existing mechanisms had to contend with truncation in messages sent and received between a station and a train or between two trains, which in many instances led to accidents. His invention brought down the incidence of such accidents drastically.
Awards & Achievements
Granville Woods held more than 60 patents for his inventions dealing with a myriad of real-world applications during the late 19th and early 20th centuries. However, the prevailing discriminatory atmosphere at the time meant that he was often overlooked by award committees due to the color of his skin.
Family & Personal Life
Granville Woods got married in 1890 but only a year later, his wife filed for divorce.
Much of what he earned through his inventions went into fighting legal battles against well-off contemporary inventors for patent rights. Additionally, he contracted smallpox in 1881 which kept him bed ridden for months.
He passed away on 30 January 1910, at the age of 53, from cerebral hemorrhage. He was buried in an unmarked grave in a cemetery in East Elmhurst, New York.
Legacy
A school in Brooklyn was named after him in the 1970s. The same year, M.A. Harris, a historian raised funds to get a headstone constructed for his grave.
The Baltimore City Community College in Maryland has a scholarship program named after him. It is a full scholarship that covers cost of tuition, other fees and books for selected students.
Thanks to David Head’s book promotion celebrating the inventor’s life and his works, New York city issued metro cards in 2004 commemorating Granville Woods.
Trivia
Granville Woods dressed sharp, spoke elegantly and told people he was born in Australia. The latter was a fabrication in the hope of distancing himself of slavery in America and thus get the respect and equal opportunities he deserved.
Recommended Lists:
Engineers #75
Inventors & Discoverers #183

See the events in life of Granville Woods in Chronological Order 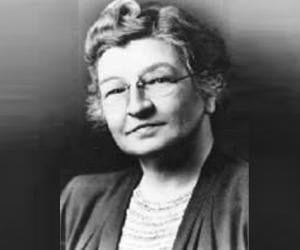