Christopher Latham Sholes was an American inventor. He is known as the "Father of the Typewriter" as he invented the QWERTY keyboard. Though he was not the first inventor of a device that aided in impressing letters mechanically on papers, as such inventions dated back as early as 1714 by Henry Mill followed by others, Sholes is considered to have developed the first practical and commercially successful typewriter. However he is often pitted with other inventors namely Carlos Glidden, Samuel W. Soulé, John Pratt and Frank Haven Hall as one of the inventors of this revolutionary device that brought evolutionary change in the world of printing letters. The way he arranged the mechanical bars containing alphabets or letters in a keyboard was called ‘QWERTY’. The first six keys placed in the upper left side of the keyboard arranged by him in that order i.e. Q, W, E, R, T, Y, are maintained as a standard practice till present not only for typewriters but also for many other modernized devices including personal computers, word processors, mobiles and other gadgets. A patent for a page-numbering machine was granted to him and Samuel W. Soulé in 1866 and that of a typewriter to him, Soulé and Carlos Glidden in June 1868. He later sold his patent rights to ‘E. Remington and Sons Company’ (presently ‘Remington Arms Company’) who eventually developed and marketed the ‘Remington Typewriter’ that soon captured a large market worldwide. He was also a publisher, politician and philosopher. He remained editor of ‘Wisconsin Enquirer’, ‘Milwaukee News’ and ‘Milwaukee Sentinel’. He served the state legislature and was inducted as Collector of Customs of the port of Milwaukee by President Abraham Lincoln. Radia Perlman
Inventors #95
Inventors & Discoverers #151
DID WE MISS SOMEONE?
CLICK HERE AND TELL US
WE'LL MAKE SURE
THEY'RE HERE A.S.A.P
Quick Facts

American People
American Inventors & Discoverers
Aquarius Men
Childhood & Early Life
He was born on February 14, 1819, in Mooresburg, in Montour County, Pennsylvania, to Orrin Sholes and Catherine Sholes. His father received a reward in the form of a land in Pennsylvania for service in the war during 1812.
In 1823 he moved with his family to Danville and attended the Danville School.
After he finished school his father apprenticed him as a printer as his father did for all his sons.
Continue Reading Below
You May Like

The Hottest Male Celebrities With The Best Abs
Career
In 1837 at the age of eighteen he moved to Green Bay in Wisconsin and began working for his elder brothers, Charles and Henry who became publishers of the newspaper ‘Wisconsin Democrat’.
After two years he relocated to Madison in Wisconsin and started working as editor of the ‘Wisconsin Enquirer’ when his brother Charles bought shares of the newspaper.
Thereafter he relocated to Southport (presently Kenosha) in Wisconsin and set up a weekly newspaper called ‘Southport Telegraph’ becoming its editor. Around 1845 while working with the newspaper he came to know about ‘Voree Record’, that is three small brass plates that were found by James J. Strang, a prospective successor of the founder of the Latter Day Saint movement, Joseph Smith.
Strang’s insistence of his being the real prophet of God linking the incident of unearthing the plates and invitation to people at large to view them drew Sholes to meet the man and see the plates. Sholes wrote an article in this regard. Although he felt Stang to be "honest and earnest", he was unable to accept either the plates or prophetic claims of Strang.
He embarked into politics and from 1848 to 1849 served ‘Wisconsin State Senate’ as member of ‘Democratic Party’, one of the two main contemporary political parties in the US. His brother Charles was also into politics and served ‘Wisconsin State Legislature’. Charles also remained mayor of Kenosha.
Sholes played an important role in the movement that sought abolition of death penalty in Wisconsin. In 1851, the report of trial of John McCaffary, who was convicted of murdering his wife and faced subsequent death penalty by the State of Wisconsin, was published in his newspaper, ‘The Kenosha Telegraph’.
He served ‘Wisconsin State Assembly’ as member of ‘Free Soil Party’ from 1852 to 1853.
Once again he served ‘Wisconsin State Senate’ for a year from 1856 to 1857 but this time as member of the other main contemporary party, the ‘Republican Party’. He worked with two Republican papers namely ‘Milwaukee Daily Sentinel and News’ and ‘Milwaukee Free Democrat’.
Throughout the American Civil War he backed the ‘Republican Party’ and President Abraham Lincoln. In 1863 he was inducted by the President as Collector of Customs at the port of Milwaukee.
Continue Reading Below
While serving as editor of a newspaper in Milwaukee, he unsuccessfully attempted to build a device for typesetting to overcome odds created due to strike called by compositors in his printing press.
During that time he used to visit C.F. Kleinsteuber's machine shop, a common place and workshop for amateur inventors. With the objective of building a machine that can impress numbers on book pages, tickets etc. he began working with another printer Samuel W. Soulé and succeeded in creating a numbering machine which they patented on November 13, 1866.
The duo showed their creation to another amateur inventor Carlos Glidden at Kleinsteuber who was working on a mechanical plow. Glidden pondered whether the machine could be developed into a letter printing one and referred Sholes to a short note that was published in ‘Scientific American’ in July 1867 giving an account of invention of a prototype typewriter called the ‘Pterotype, by John Pratt of London.
Sholes was intrigued by the idea and decided to devise a new machine less complex than Pterotype. This time Glidden joined Sholes and Soulé in the new project and also funded it. The trio created a keyboard with two rows of black and white keys with the first row made of ivory and the second of ebony. The number keys consisted of 2 to 9 and the alphabetical keys A to Z. O and I were considered to suffice the numerals 0 and 1 respectively. The resemblance of the keyboard with that of a piano made ‘Scientific American’ use the phrase ‘literary piano’ while writing an article about it.
On June 23, 1868, and subsequently on July 14, patents were granted to them for the invention.
Among the many potential investors the trio sent letters written on their new machine, James Densmore of Meadville, Pennsylvania could anticipate the revolutionary change that this device could bring in. Densmore bought 25% shares of the patent, even before he saw the machine for himself, by paying bills worth $600.
However when Densmore finally saw the machine he was disappointed with its current form and suggested to develop it further, which discouraged Glidden and Soulé who eventually left the project.
Sholes and Densmore went on to develop the machine further and in this process manufactured around fifty machines with an average cost of $250 each.
As the duo approached ‘E. Remington and Sons’ to examine the refined machine it proposed to buy their patents. In 1873 Sholes relinquished his patent rights to the company for $12,000. The company then fine tuned the machine and marketed it as the first commercially feasible typewriter in 1874 at $125 each. It was called the ‘Sholes-Glidden’.
Sholes continued his work of refining the typewriter all through 1870 and in this way invented the ‘QWERTY’ keyboard in 1873.
Personal Life & Legacy
In 1840 he married Mary Jane McKinney. They had ten children.
He suffered from tuberculosis from 1881 and finally succumbed to it on February 17, 1890. He was interred at Milwaukee’s ‘Forest Home Cemetery’.
You May Like 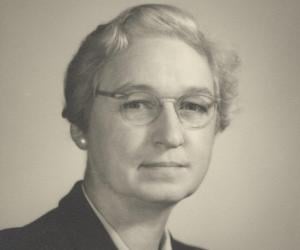