Advanced Search
Known for his contribution in the theory of matter and quantum mechanics, Erwin Schrodinger was an Austrian theoretical physicist who shared the Nobel Prize in physics with P.A.M. Dirac. In his years in ‘Akademisches Gymnasium’, Erwin showed varied interest in scientific disciplines, ancient grammar and German poetry. In the University of Vienna, he was tutored by Fritz Hasenohrl and gained valuable knowledge in eigenvalue problems. Later, together with K.W.F Kohlrausch and as an assistant of Franz Exner, he carried on his study in experimental physics. During World War I, he worked as an artillery officer and after the war he embarked on an academic career. Schrodinger’s stay in the ‘University of Zurich’ was his most fruitful period in theoretical physics which ultimately culminated in his greatest discovery, Schrodinger’s wave equation. His move to Berlin, as Planck’s successor was strategic, but short-lived with Hitler coming to power. Erwin continued to shift to different universities, and when his homeland Austria was annexed after World War II, he was in a difficult position and thus had to escape to Italy. After years of relocation, Erwin finally settled in ‘Advanced Studies of Dublin’ where he continued to teach till his retirement. Erwin however took an honorary position in Vienna after his retirement. Ernst Mach
DID WE MISS SOMEONE?
CLICK HERE AND TELL US
WE'LL MAKE SURE
THEY'RE HERE A.S.A.P
Quick Facts

Austrian Celebrities
Irish Celebrities
Irish Men
University Of Vienna
Leo Scientists
Male Scientists
Childhood & Early Life
Erwin was born on August 12, 1887 to Rudolf Schrodinger and Emily Bauer in Vienna. He had a mixed parentage; his father being Austrian and his mother being half-British and half-Austrian.
His father ran a tiny linoleum factory; he was a well-educated man who studied Chemistry, Italian painting and Botany and published different papers in plant phylogeny.
Schrodinger was home-schooled till the age of ten and was well-conversed in both German and English.
After graduating from ‘Akademisches Gymnasium’, he was accepted in the ‘University of Vienna’ in 1906 and was greatly influenced by Fritz Hasenohrl’s lectures in theoretical physics.
On 20th May, 1910 Schrodinger received his Doctorate for his dissertation, ‘On the conduction of electricity on the surface of insulators in moist air’.
In 1911, Erwin got an opportunity to work as an assistant to Franz Exner for experimental physics; the experience which he later described as invaluable for his theoretical work as the experiments provided a practical framework for his theoretical ideas.
During World War I, he rendered voluntary services in a fortress artillery.
On September 1st, 1914, Erwin was awarded the ‘Habilitation’, which is the highest academic degree denoting independent scholarship.
Continue Reading Below
Career
During the phase of 1915-1920 he continued his research work along with his military duties and published several research papers. He also taught a course in meteorology in Hungary.
In 1920 he took up the position of an assistant to Max Wein and later went on to ‘University of Stuttgart’ and ‘University of Zurich’.
During his six-year-stay in the ‘University of Zurich’, he enjoyed the companionship of some of his esteemed colleagues like Peter Debye and Hermann Weyl. His papers mostly emphasized on thermodynamics problems, atomic spectra, the nature of specific heats in solids and colour theory.
In 1926, in the course of six months, at the age of 39, he put forth his findings on quantum wave mechanics in his papers, which later came to be known as Schrodinger’s wave equation.
In 1927, Erwin accepted an invitation and succeeded Max Planck, the inventor of quantum hypothesis in the ‘University of Berlin’, where he met the famous theoretical physicist Albert Einstein.
He was part of the distinguished faculty till the year 1933, but could not comply with Hitler’s anti-Semitic policies which led to his seven-year relocation to Austria, Great Britain, Belgium, Rome and finally to Berlin.
In Dublin, Erwin became the Director of the School for Theoretical Physics in the Advanced Studies in Dublin where he remained till his retirement in 1955.
After his retirement, he published his last book ‘Meine Weltansicht’, in 1961, in Vienna, which expressed his metaphysical outlook.
Major Work
Schrodinger laid the foundation of wave mechanics which is fundamental in understanding the behaviour of light and subatomic particles. In the theory known as ‘Schrodinger Equation’, he explained that the different stages of atom’s electrons can be described and their state of energy can also be predicted via wave equation. His findings were published in the paper ‘Quantisierungals Eigenwert problem’ or ‘Quantization as an Eigenvalue Problem’.
Awards & Achievements
At the age of 27, in the year 1914 Erwin was given highest possible academic degree in Germany, Habilitation. This is awarded for those who excel in the field of independent scholarship.
In the year 1933, Erwin Schrodinger was awarded the Nobel Prize in Physics which he shared with British physicist Paul A.M. Dirac. The prize was awarded for his ‘discovery of new productive forms of atomic theory’.
Personal Life & Legacy
In 1920, he married Annemarie Bertel as they were engaged in the previous year when Anny had come to Vienna to work as a Secretary.
Schrodinger had a liking for several women in his life, including the wife of his colleague Hilde March. His daughter Ruth Georgia Erica was born out of his wedlock with Hilde in Oxford, in 1934. In his years in Dublin he had two other daughters from two different Irish women.
The eminent scientist breathed his last on January 4, 1961 after suffering from a long bout of tuberculosis. He was interred at a Catholic cemetery in Alpbach town of Austria.
Trivia
Schrodinger had started an interesting mind experiment known as the Schrödinger’s Cat, where he explained the unusual behaviour of electrons. A cat was put inside a box with a source of poison gas. The unpredictable behaviour of electrons confused the onlooker at one point of time, making it difficult to figure out whether the cat was dead or alive.

See the events in life of Erwin Schrödinger in Chronological Order 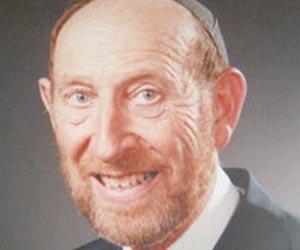