24th July In History
DID WE MISS SOMEONE?
CLICK HERE AND TELL US
WE'LL MAKE SURE
THEY'RE HERE A.S.A.P
Popularity Index
20
Musicians #5044
Quick Facts

Who was Ernest Bloch?

Ernest Bloch was a Swiss-American composer considered to be one of the most popular personalities of that time. Apart from composing he also worked as a professor in his later years. His works were acknowledged to be innovative and inventive. He is widely recognized as a successful composer whose works were appreciated and enjoyed all over by people of all ages. Bloch is also considered by many of his admirers to be the fourth ‘B’ of the Bach, Beethoven and Brahms quartet. An active wanderer and an explorer, he possessed the supreme qualities of a great composer, using romantic idioms in most of his works and writing in varied styles throughout his life. He did not care about fashion or traditions of his time. Instead, his interests were inclined towards the expression of his individuality, ideas, philosophy, truthfulness, intellect and ethnicity. His compositions had the balance of all the expressions and music was the most authentic language of his life. He was very much influenced by folk music and adopted the 12-tone technique and coloristic quartertones in his compositions, which was greatly appreciated by his listeners. Male Musicians
Swiss Musicians
Leo Men
Ernest Bloch’s Childhood and Early Life
Ernest Bloch was born in Geneva, Switzerland, on 24 July 1880. Later he moved to America and took up an American citizenship. His father was a well-off Swiss manufacturer dealing in watches and clocks. Bloch’s interest in music started at a very early age and by the age of nine, he had started playing the violin. Soon after, he also started composing. Bloch then studied music at the school of arts in Brussels where he was tutored by the Belgian violinist Eugène Ysaÿe. He also studied eurhythmics with Émile Jacques-Dalcroze. Subsequently, he moved out of Switzerland and travelled throughout Europe, Belgium, Munich and Paris in due course. In 1900, he moved to Germany and for a year he studied composition with Iwan Knorr in Frankfurt at the Hoch Conservatory. He went to Paris in 1903, then returned to Geneva, and later travelled to the United States. As a student, he was very productive but he couldn’t publish any of the compositions that he wrote during this time.
Career In Music And Later Life
Bloch travelled to New York in 1916 during the World War I. He went there as a conductor with the Maud Allan Dance Company but due to an unfortunate circumstance (the company went broke) he was left stranded in Ohio. This forced him stay in America, which eventually brought him success as composer, director, teacher and music school administrator. He performed in many concerts in New York and Boston and with time he became a major figure among the contemporary musicians of America.
His important teaching assignments were at the Mannes School of Music in New York and the Cleveland Institute of Music where, in 1920, he became the institute’s first Musical Director and served there for five years. After that he was appointed as the director of the San Francisco Music School in the year 1925 and also served there for five years. In 1927, he composed America, an Epic Rhapsody, which won the first prize in a contest, which was sponsored by Musical America.
In 1930, he returned to Switzerland and lived there for a decade. During this time he travelled extensively around Europe giving performances of his works while at the same time composing. He went back to the U.S before the start of the World War II because of the rise of Nazism in Germany and also to retain his U.S citizenship. In America, he settled at Agate Beach, Oregon, where he worked as a professor teaching summer courses at the California University in Berkeley till his retirement.
Personal Life And Death
In 1904, Bloch married Marguerite Schneider and they raised three children—Ivan, Suzanne and Lucienne. Ivan, who was born in 1905, became an engineer with the Bonneville Power Administration in Portland. The second born, Suzanne, followed in her father’s footsteps. She became a musician with interests in Renaissance music and taught lute and cembalo at the Julliard School in New York. Lucienne was born in 1909 and worked as a chief photographer at the Rockefeller Center Mural project. Ernest Bloch died of cancer, for which he was suffering for a long time, at Agate Beach, Oregon, on July 15, 1959, at the age of 78.
Works And Achievements
Though Bloch had a significant interest in photography and developed a sizeable collection of his photographic works, he is best remembered for his music. His opera Macbeth (1910), which he performed in Paris was largely unappreciated by the audience but his subsequent works would gain him both name and fame. Most of his well known works were heavily influenced by Jewish liturgical and folk music. His composition, Schelomo (1916), for cello and orchestra, was dedicated to the cellist Aleixandre Barjansky.
Stage Works
Orchestral Works
Concerts And Similar Works
Other Orchestral Works
Other Chamber Works
Vocal Works
Piano Works
Amongst all his works the main compositions for which he is much appreciated and remembered for are the four String Quartets, Symphony in E-flat, Sinfonia Breve, Piano Quintet No. 11, works for trombone, trumpet and flute with orchestra, and several suites for stringed instruments.
Legacy
Ernest Bloch leaves behind an impressive legacy and there are many awards and accolades, societies, foundations, books and so on dedicated to his memory.
Society and Festivals
Books on Bloch
Awards & Accolades
Bloch received many awards for his contributions to music. He won the Coolidge Prize for Viola and Piano in 1919, received the Carolyn Beebe Prize (four episodes for Chamber Orchestra) 1926, the Musical America Prize in 1928 and in 1930, the Victor Prize. In the year 1942, he received a gold medal from the American Academy of Arts and Letters in Music. He was also bestowed with the New York Music Critics Circle Award (1947 and 1954), the National Jewish Welfare Board Frank L. Weil Award (1956), the Fine Arts Commission of the City of Portland Special Award (1958) and the Brandeis Creative Arts Award (1959). He also earned honorary degrees from Linfield College (1948), the Jewish Theological Seminary, Reed College (1955) and Brandeis University (1955).
You May Like

Born on July 24, in Geneva, Switzerland.

He moved to Germany and studied composition with Iwan Knorr in Frankfurt.

Went on a visit to Paris.

He returned to Geneva.

Won the Coolidge prize for Viola and Piano.

Bloch was appointed as the first musical director of the Cleveland Institute of Music.

Settled in the United States and took an American citizenship.

He won the first prize in a contest sponsored by Musical America with his composition America, an Epic Rhapsody.

He served as the Director of the San Francisco Conservatory of Music.

He served as a professor at the University of California in Berkeley, teaching summer courses until he retired.

Bloch died of cancer at Agate Beach, Oregon at the age of 78. 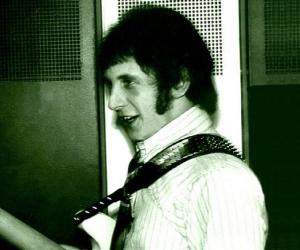