Jeff Richmond an American composer, director, actor, and producer, best known for directing a few episodes of a sitcom, ‘30 Rock’. Apart from working as a director for some episodes of the sitcom that was conceptualized by and featured Tina Fey, his wife, he also composed the musical score for those chapters. Jeff Richmond has been at his creative best while collaborating with his wife on numerous small and big screen projects including ‘Saturday Night Live’, ‘Sisters’, and ‘Baby Mama’. His latest project includes the TV series, ‘Unbreakable Kimmy Schmidt’, co-created by Tina Fey and Robert Carlock, where he is working as a music director and co-producer. Though his wife corners a major chunk of the recognition for collaborative projects, Richmond is a significant backend contributor. Co-composing musicals at Kent State University in Ohio, paved the way for a scintillating professional career as he landed his debut major break in ‘Second City’, the world’s first improvisational theater enterprise, based in Chicago. He also contributed hugely to Child’s Play Touring Theater following which he bagged a music composing project for ‘Saturday Night Live’ where he worked alongside Tina Fey whom he had befriended in ‘Second City’. Five years after he married Tina, he started working on the sitcom, ’30 Rock’ where he wore the hats of a composer, director, and producer as well as an extra. 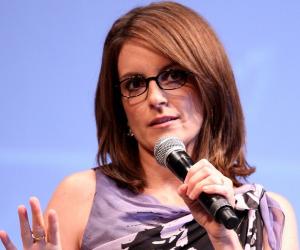 Ben Affleck
Directors #547
Composers #226
Musicians #1568
DID WE MISS SOMEONE?
CLICK HERE AND TELL US
WE'LL MAKE SURE
THEY'RE HERE A.S.A.P
Quick Facts

American People
American Men
Ohio Musicians
Kent State University
Male Composers
Career
Jeff Richmond, in the early stage of his career, greatly contributed towards the establishment of Garrettsville Community Players, a community-based theater troupe in Garrettsville, Ohio. He played an active role in promoting the theater group as he directed and choreographed quite a number of its plays and shows in the beginning. During his time at Kent State University towards the latter half of 1980s, he jointly composed many musicals, notable amongst these being the score for the Shakespearean play, ‘Othello’.
After graduating from Kent State University, Jeff Richmond relocated to Chicago in order to launch his career as a director, composer and scriptwriter. He had stints in ‘The Second City’, reputed to be the earliest improvisation theater group of its kind, and the ‘Child’s Play Touring Theater’ a not-for-profit educational theater enterprise. It was while working in ‘Second City ‘that he came across Tina Fey and developed an association with her that culminated in their marriage.
He directed the skits, ‘Promise Keepers, Losers Weepers’ and ‘The Revelation Will Not Be Televised’, in 1998 and 1999, respectively. while he was involved with ‘The Second City’.
Jeff Richmond’s relationship with Tina is not only personal but commercial as well. He got the first major break of his career when he got an opportunity to compose the score for Tina Fey’s project, ‘Saturday Night Live’ in 2006. He went on to contribute as a composer, director and producer for some other projects of Tina including ’30 Rock’, and ‘Unbreakable Kimmy Schmidt’.
He wrote the score for the movie, ‘Baby Mama’ where Tina Fey, his wife starred alongside Golden Globe Award winning actress, Amy Poehler. He featured as a background actor portraying the character of Alfonso Disperioso in various episodes of ’30 Rock’. He authored the original soundtracks of the TV series, ‘Todd’s Pop Song Reviews, ’30 Rock’ and ‘Unbreakable Kimmy Schmidt’ and the comedy film, ‘Mean Girls’.
Jeff Richmonds has produced 39 episodes of ‘Unbreakable Kimmy Schmidt’ and 35 episodes of ’30 Rock’. He has also contributed as an executive producer, co-producer, and supervising producer for ‘Whiskey Tango Foxtrot’, ‘Sisters’, and ’30 Rock’. He has directed three episodes of ‘Unbreakable Kimmy Schmidt’ and five episodes of ’30 Rock’.
Writing the sprightly scores for 10 tracks of ’30 Rocks’ as well as producing the standalone numbers has been Richmond’s most outstanding contributions till date. He has won three Emmy Awards for producing of the first three seasons of ‘30 Rock’.
You May Like

The Best Black Actresses Of All Time
Personal Life & Legacy
Jeff Richmond was born on 7 January 1961, in Kilsyth, West Virginia and spent his growing up years in Portage County in Ohio. He attended James A Garfield High School in Garrettsville, Ohio and is a member of the 1979 alumni. He was bestowed with the ‘John Philip Sousa’ award for composing patriotic scores while studying in the high school.
He graduated degree from Kent State University in Ohio. He got acquainted with Tina Fey at ‘The Second City’ in Chicago and after a long courtship that lasted for seven years, the two of them got married on 3 June 2001.

See the events in life of Jeff Richmond in Chronological Order