Tori Amos is an American pianist, singer-songwriter and composer. This hugely talented recording artist is a classically trained musician who is known in the music circuits for being one of the few alternative rock singers to use a piano as her primary instrument. From her early work in a band to a noteworthy solo career, she has had an immensely successful career and has achieved great heights in the world of music. She has never let her challenges, her own rebelliousness, creative or financial disagreements, or a record label’s avarice, stand in the way of composing music in her own unique style. From recording in a church and using gospel choirs and drum programming, to incorporating bagpipes, harpsichord, harmonium, etc., her albums have thrown a curveball at the mainstream audience, and never failed to surprise and delight them. The lyrical content of her later works is so powerful and confrontational that it’s said to help women deal with abuse and the ensuing emotional trauma of misogyny. While the fond listener grows fonder of her music, the critics are busy praising the intensity and uniqueness of her work. The theme of her many works ranges from American history, pornography, homophobia to religion and politics. Scroll through to read more about this artist whose fan base has remained intact for more than 30 years. American People
Pianists
Composers
Pop Singers
Rock Singers
Childhood & Early Life
Tori Amos was born on August 22, 1963, in North Carolina, to Mary Ellen and the Reverend Edison Amos. She began to play the piano when she was two and had started composing by five. After receiving scholarship, she joined the Preparatory Division of the ‘Peabody Conservatory of Music’
By the age of 11, she had developed a taste for rock and pop music and refused to read sheet music. Following her expulsion, she began playing at gay bars and piano bars, chaperoned by her father.
In 1977, she won a county teen talent contest singing ‘More Than Just a Friend’. After establishing herself in the piano player in the Washington D.C., she moved to Los Angeles to pursue a career in music. 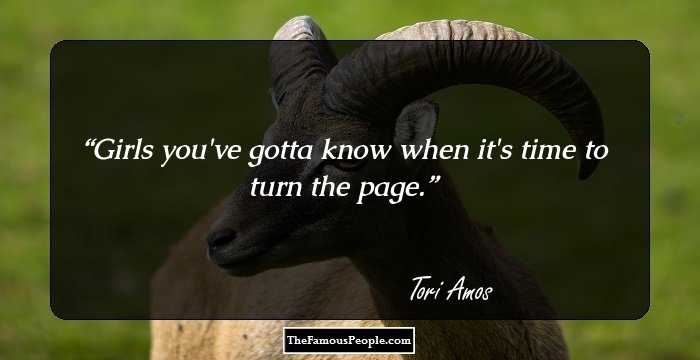 Pop Musicians
Rock Musicians
American Women
North Carolina Musicians
Career
In 1986, she established a music group known as ‘Y Kant Tori Read’, commemorating her days at the Peabody Conservatory.
In 1988, the Y Kant Tori Read's self-titled debut album was released. After the album bombed, she began working as a backup vocalist for other leading artists. Around that time, she wrote ‘Distant Storm’ for the film ‘China O'Brien’. In the credits, the song is attributed to a band called, ‘Tess Makes Good’.
Contractual obligation led her to record her breakthrough album ‘Little Earthquakes’, in 1992.
Her album ‘Under the Pink’, released in 1994, charted at number 12 on the Billboard 200 and was nominated for a ‘Best Alternative Music Album’ at Grammy.
In 1998, her album ‘From the Choirgirl Hotel’ was released; the album didn’t incorporate Amos’s trademark piano-based music. The debut sales exceeded 153,000 copies in its first week. The album received a Grammy nomination in the ‘Best Alternative Music Album’ category.
In 1999, her album ‘To Venus and Back’ was released and it received positive reviews. The album included the first major-label single available for sale as a digital download. It received a Grammy nomination in the ‘Alternative Music Album’ category.
In 2001, to fulfill contractual obligation with the record label ‘Atlantic’ she recorded songs written by men about women and reversed the gender roles to show a woman's perspective. This resulted in the Grammy-nominated album ‘Strange Little Girls’. The album allowed her to withhold new track, as she felt that the Atlantic had not promoted her adequately.
Her 2002 release, ‘Scarlet's Walk’, a sonic novel concept album, coupled with a cross-country concert tour, following 9/11 made a strong debut and reached certified gold status from the RIAA. A year later, she released ‘Tales of a Librarian’, a retrospective collection.
In 2005, in conjunction with the album ‘The Beekeeper’, Amos co-authored an autobiography titled, ‘Piece by Piece’ with rock music journalist Ann Powers. The book mentions Amos's interest in mythology and religion, exploring her songwriting process, rise to fame, and her relationship with Atlantic Records.
Continue Reading Below
In 2006, to celebrate her 15-year solo career, her record labels released a two-disc-DVD-set, ‘Fade to Red’ and a five-disc-box-set titled, ‘A Piano: The Collection’. They contained remastered album tracks, remixes, alternate mixes, demos, and a string of unreleased songs from album recording sessions.
In 2009, she released her tenth solo studio album and the seventh to make it to the top 10 of the Billboard 200, titled ‘Abnormally Attracted to Sin’. Later that year, she released an album of reworked traditional carols called, ‘Midwinter Graces’.
In 2010, she recorded vocals for ‘Fatboy Slim’ and released the highly exclusive live album, ‘From Russia With Love’.
In 2011, she recorded her first classical music album, ‘Night of Hunters’, a set of tributes to greats, such as Bach, Chopin, Debussy, Granados, Satie and Schubert.
In 2012, she released ‘Gold Dust’ and formed ‘Transmission Galactic’, her own record label.
In 2013, in collaboration with ‘The Bullitts’ she recorded a track ‘Wait Until Tomorrow’ from their debut album ‘They Die by Dawn & Other Short Stories’. In 2014, she released her 14th studio album, ‘Unrepentant Guidelines’. 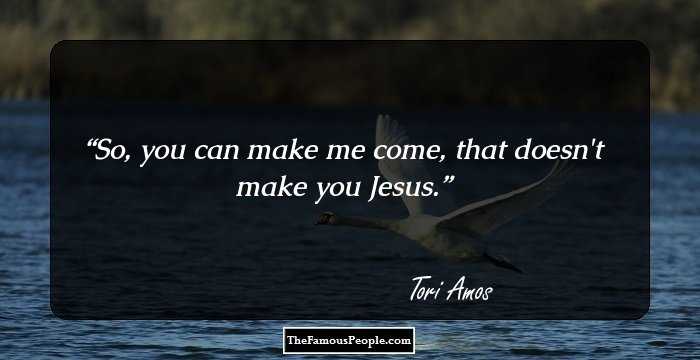 Quotes: You, Me
Recommended Lists:

Leo Singers
Leo Musicians
Women Singers
Women Pianists
Major Works
In 1996, she released ‘Boys for Pele’, an album that incorporated complex baroque music, which was nominated for a ‘Best Alternative Music Album’ at Grammy. Its transatlantic release reached number 2 on the Billboard 200 and the UK Top 40.
‘The Beekeeper’, released in 2005, and the following album ‘American Doll Posse’, released a couple of years later both debuted at #5 on the Billboard 200. These two releases cemented her place in an elite group of female recording artists who have successfully secured five or more US Top 10 album debuts.
Recommended Lists:

Leo Pop Singers
Women Composers
Leo Rock Singers
Women Musicians
Awards & Achievements
She has sold more than 12 million albums worldwide, performed more than 1,000 live shows since 1992, and received more than 8 Grammy nominations.
In 2003, the readers of the ‘Rolling Stone’ magazine voted her the fifth best touring act.
She was inducted into the ‘North Carolina Music Hall of Fame’ in October 2012. 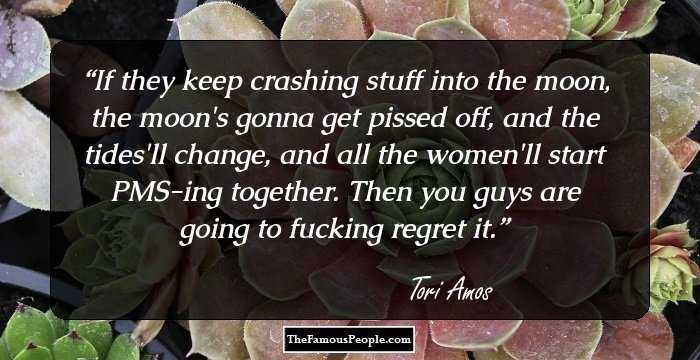 Quotes: You, Together, Change
Recommended Lists:

American Singers
American Pianists
Female Pop Singers
American Composers
Personal Life & Legacy
In 1998, she married English sound engineer Mark Hawley. Their daughter Natashya Lórien Hawley was born two years later.
She is a good friend of author Neil Gaiman. His name was mentioned in her song ‘Tear in Your Hand’.
This prolific artist supports Rape, Abuse & Incest National Network (RAINN), a toll-free help line in the US, connecting callers with their local rape crisis center. Proceeds from a concert held on her 50th Birthday were sent to RAINN.
Recommended Lists:

See the events in life of Tori Amos in Chronological Order