Douglas D. Osheroff is an American physicist who was one of the co-recipients of the 1996 Nobel Prize for Physics along with David Lee and Robert C. Richardson. The trio won the coveted award for their discovery of superfluidity in the isotope helium-3. Douglas began his career doing research in low-temperature physic and along with his colleagues used a Pomeranchuk cell to investigate the behavior of 3He at temperatures within a few thousandths of a degree of absolute zero. Their research eventually led them to the Nobel Prize winning work. Hailing from a medical family, he developed an early interest in science though he had no inclination towards the medical profession. His parents encouraged his love for science and motivated him by buying him a variety of scientific toys and gadgets. He grew up to join the California Institute of Technology (Caltech) where he had the good fortune of being tutored by Nobel laureate Richard Feynman. He proceeded to the Cornell University in Ithaca for his doctorate and received his PhD. It was here that he became deeply involved in research in low-temperature physics and worked with Lee and Richardson to make the discovery of superfluidity in the isotope helium-3. In addition to his academic duties, he has also served on the Space Shuttle Columbia investigation panel. American People
Leo Scientists
Male Physicists
Male Scientists
American Physicists
Childhood & Early Life
Douglas Dean Osheroff was born on August 1, 1945, in Aberdeen, Washington, U.S. into a family of mixed ancestry. His father was the son of Jewish immigrants from Russia while his mother was the daughter of a Lutheran minister whose family hailed from what is now Slovakia. He has four siblings.
His father was a doctor and his mother was a nurse, so the atmosphere at home was an intellectually stimulating one. While the young boy did not show any inclination towards the medical profession, he was definitely interested in the sciences.
From a young age, he loved to perform scientific experiments and his parents wholeheartedly supported him in his pursuits. They bought him many scientific toys and gadgets which added to his enthusiasm. He was a good student who excelled in physics and mathematics but did not perform too well in the languages.
He went to the California Institute of Technology (Caltech) from where he earned his bachelor’s degree in 1967. His college years were very exciting and he got the opportunity to attend lectures by Richard Feynman and did undergraduate research for Gerry Neugebauer.
Continue Reading Below
You May Like

The Hottest Male Celebrities With The Best Abs
Career
Douglas Osheroff moved to the Laboratory of Atomic and Solid State Physics at Cornell University as a graduate student. There he collaborated with David Lee and Robert C. Richardson to do research in low-temperature physics.
The team used a Pomeranchuk cell to investigate the behavior of 3He at temperatures within a few thousandths of a degree of absolute zero. This led to the discovery of unexpected effects in their measurements which led the researchers to eventually conclude that the 3He had undergone a phase transition to a superfluid state.
The discovery of superfluidity in helium-3 was a major one in low-temperature physics and enabled scientists to study directly in macroscopic systems the quantum mechanical effects that had previously been studied only indirectly.
Osheroff received a PhD in 1973 and began working at Bell Labs in Murray Hill, New Jersey, where he continued his research in low-temperature phenomena in 3He. As a member of the Department of Solid State and Low Temperature Research under the direction of C. C. Grimes, he performed many interesting investigations with his team and measured many of the important characteristics of the superfluid phases which helped identify the microscopic states involved.
In the late 1970s, he began to focus more on solid 3He. Around this time he partnered with Gerry Dolan to discover antiferromagnet resonance in nuclear spin ordered solid 3He samples which they grew from the superfluid phase directly into the spin-ordered solid phase. From 1982 to 1987, he headed solid-state and low-temperature research at the labs.
In 1987, he joined the Departments of Physics and Applied Physics at Stanford University as a professor and also served as department chair from 1993-96. His research also covers studies of transport properties in nuclear magnetically ordered solid 3He and studies of the B phase nucleation in superfluid 3He.
In 2003, he was selected to serve on the Columbia Accident Investigation Board (CAIB) which was convened by NASA to investigate the destruction of the Space Shuttle Columbia during STS-107 upon atmospheric re-entry on February 1, 2003.
Also an avid photographer, he introduces students at Stanford to medium-format film photography in a freshman seminar titled "Technical Aspects of Photography.” On several occasions, has also taught the Stanford introductory physics course on electricity and magnetism.
Major Works
Douglas Dean Osheroff is best known for discovering superfluidity in Helium-3 while working along with his colleagues at Cornell University as a graduate student. Along with David Lee and Robert C. Richardson, he used a Pomeranchuk cell to investigate the behavior of 3He at temperatures very near to absolute zero.
Awards & Achievements
He is the recipient of several prestigious awards including Simon Memorial Prize (1976), Oliver E. Buckley Prize (1981), and MacArthur Prize Fellow (1981).
Douglas D. Osheroff, David M. Lee, and Robert C. Richardson were awarded jointly the Nobel Prize in Physics 1996 "for their discovery of superfluidity in helium-3."
Personal Life & Legacy
He has been married to Phyllis Liu-Osheroff, a biochemist, since 1970.
You May Like

See the events in life of Douglas D. Osheroff in Chronological Order 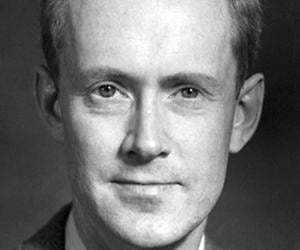 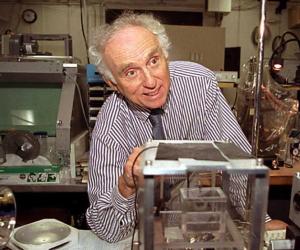