Desiderius Erasmus was a Dutch Renaissance humanist, theologian and teacher who became a leading figure of the early humanist movement. Counted amongst the most controversial early Renaissance figures, Erasmus all through his life worked for a middle way between Roman Catholicism and Protestantism. Born against the backdrop of the growing European religious Reformation, Erasmus was a lifelong member of the Roman Catholic Church. He had a deep-seated respect for traditional faith and grace and believed in the authority of the Pope. However, he was critical of the abuses within the Church and its clergy's weaknesses and vowed to reform the same from within. Erasmus lived life of a classical independent scholar. Using his humanist touch, he penned several editions of the New Testament in Latin and Greek, which in turn led to the Protestant Reformation and Catholic-Counter Reformation. Throughout his life, Erasmus was offered many academic positions of honor worldwide but he declined them all, preferring the uncertain but sufficient rewards of independent literary activity. Guru Har Krishan
DID WE MISS SOMEONE?
CLICK HERE AND TELL US
WE'LL MAKE SURE
THEY'RE HERE A.S.A.P
Quick Facts

Dutch People
Philosophers
Spiritual & Religious Leaders
Dutch Men
University Of Paris
Childhood & Early Life
Desiderius Erasmus was born on October 27, 1466 in Rotterdam, Netherlands to Gerard, a Catholic priest and Margaretha Rogerius. His parents were not legally married. He was christened Erasmus, meaning beloved.
Young Erasmus received the highest level of education available to children then. He attended school at the age of four and by nine was enrolled in the most prestigious Latin grammar school. It was therein that his love for academics blossomed.
A brilliantly talented student, Erasmus’s academic career was abruptly cut short after a plague epidemic killed both his parents in 1483. Following their death, he was put under the care of his guardians who were adamant about him becoming a monk.
Impoverished state of being forced him to take up a monastery life in 1492. He became a canon regular at the canonry of Stein and by the age of 25, was ordained as the Catholic priest. However, he did not actively work as a cleric.
An opportunity to leave the canonry came in when Erasmus was offered the post of a secretary to the Bishop of Cambrai, Henry of Bergen which he gladly accepted. He received a temporary dispensation from his religious life on grounds of poor health and love of humanistic studies. 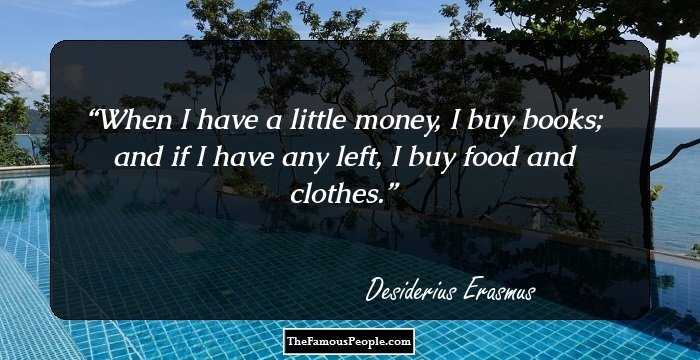 Quotes: Money, I
Continue Reading Below
Later Life
Erasmus’ life changed dramatically following his appointment as the secretary to Henry of Bergen in 1493. Bishop Henry was so impressed by his Latin skills that he rewarded Erasmus by sending him to Paris to study classical literature.
In 1495, Erasmus travelled to Paris where he was first introduced to Renaissance humanism. He studied in the College de Montaigu, a centre of reforming zeal, at the University of Paris under the guidance of ascetic Jan Standock.
It was at the University of Paris—the chief seat of scholastic learning which was slowly turning to Renaissance humanism—that he befriended Italian humanist, Publio Fausto Andrelini, Professor of Humanity.
In Paris, Erasmus engaged much of his time writing poetry, experimenting with educational writing and moving in scholastic circles. One of his pupils, William Blount arranged a stipend for Erasmus which allowed him to correspond with some of the most brilliant thinkers of Europe during his travels from city to city.
In 1499, Blount offered Erasmus to travel to England. In England, he befriended the most skilled and proficient leaders including John Colet, Thomas More, John Fisher, Thomas Linacre and William Grocyn, who had a compelling influence on him.
Erasmus spent the first decade of 1500, travelling between France, Netherland and England. He developed an interest in religious studies and soon turned to Greek language as the key for his research. He indulged in an intensive day-and-night study of Greek language as he knew it was Greek language that would help him in studying theology deeply.
In 1503, he came up with his handbook, ‘Enchiridion militis Christiani’ which gave a detailed outline of a man’s spiritual growth and the moral principles and godliness involving the philosophy of Christ.
In 1506, he travelled to Italy where he anonymously published his work, ‘Julius Exclusus’. It was in Italy that Erasmus polished his Greek. In 1506, he graduated with a Doctorate in Divinity from Turin University. Temporarily, he worked as a proofreader for Aldus Manutius’ publishing house in Venice that would in future publish his writings thus securing him financial and professional independence.
Erasmus first discovered Lorenzo Valla’s New Testament Notes in 1506. Encouraged by the notes, he continued his study of the New Testament further.
Continue Reading Below
In 1509, he penned ‘Moriae Encomium’ (The Praise of Folly). Essentially a satirical commentary, the book highlighted the Church's wars and its clergy's weaknesses in preventing fulfilment of Christ’ teachings in the society.
From 1510 to 1515, he served as Lady Margaret's Professor of Divinity at the University of Cambridge. Though not formally released from monastic vows until 1517, Erasmus mounting reputation freed him of Stein.
In 1516, Erasmus came up with a heavily explained edition of the New Testament through, ‘Novum instrumentum omne’. The book became a major turning point for scholars and educated Europeans; its content and interpretation of scripture challenged the theological thinking that had been dominating since 13th century.
In 1517, he supported the foundation of the Collegium Trilingue that was based on the study of three languages, Hebrew, Latin and Greek. The foundation was established after the model of the College of the Three Languages at the University of Alcalá.
In 1519, he came up with a second edition of the New Testament which was known as ‘Novum Testamentum’. The second edition was used by Martin Luther for his German translation of the Bible. The first and second edition together sold 3300 copies.
The onset of Protestant Reformation in 1517 gave Erasmus a new direction. Though he was Catholic by faith, he was sympathetic to Protestant reforming instincts and their ideals.
Due to his sympathetic disposition towards Protestant reforming instincts, he was accused of being a Lutheran. It was to counter these accusations that he penned a declaration of his theological position ‘De Libero Arbitrio’ in 1523 wherein he condemned Luther’s methods. 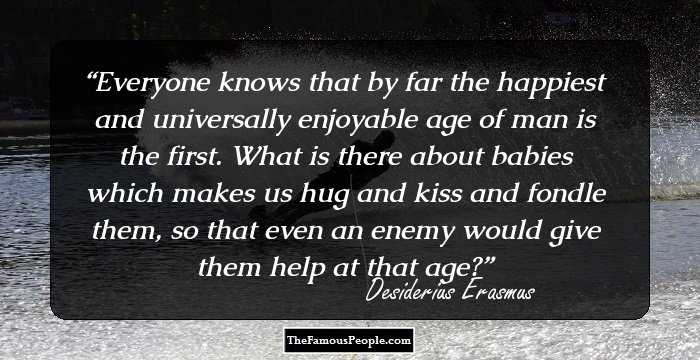 Major Works
In 1516, Erasmus came up with his magnum opus, ‘Novum instrumentum omne’ which was a heavily explained edition of the New Testament. The book was highly sought after by scholars and educated Europeans as its content and interpretation of scripture challenged the age-old theological thinking that had been dominating the society. Through the book, he aimed at spreading classical knowledge that would in turn promote better understanding between people and help them turn to the roots of Christian tradition.
Personal Life & Legacy
While at canonry of Stein, Erasmus first fell in love with Servatius Rogerus, fellow cannon. He wrote her several passionate letters.
Erasmus’ health gave away in 1536. Due to his failing health, he accepted an invitation by Queen Mary of Hungary, Regent of Netherlands to move from Freiburg to Brabant.
It was while he was preparing for his departure to Brabant that he fell ill. He died on 12 July 1536, from an attack of dysentery during a visit to Basel. Despite being loyal to the papal authorities, Erasmus was not given the last rites of the Catholic Church.
To mark his contribution, a bronze statue of Erasmus was erected in Rotterdam, Netherlands in 1622. Furthermore, the University and Gymnasium Erasmianum in Rotterdam have been named in his honor. He has been the subject of numerous paintings and portraits. 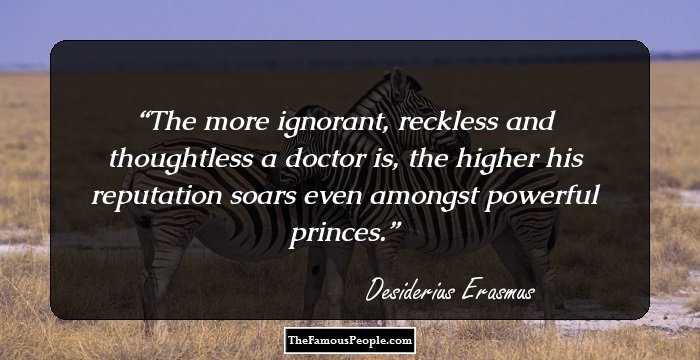 Quotes By Desiderius Erasmus | Quote Of The Day | Top 100 Quotes

See the events in life of Desiderius Erasmus in Chronological Order 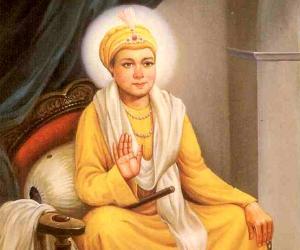