Cheddi Jagan was a former president of Guyana, who played a key role in Guyana’s struggle for independence. For his contribution to Guyana, he is regarded as the “Father of the Nation”. He was born on a sugar plantation as the son of the plantation foreman; his parents were of Indian decent. As an adult, he studied dentistry in the United States at Northwestern University in Chicago. During this time, he also became interested in political science and studied it. He then returned to Guyana with his American wife Janet, where he practiced as a dentist before becoming a politician. He began his political career with workers unions, later becoming Prime Minister of British Guyana on two separate occasions. His radical socialist views were often opposed during his early political career. He and his wife, who was also an influential political figure in Guyana, founded the largest political movement in Guyana’s history, as well as the country’s first modern political party, the People’s Progressive Party (PPP). They continued to be important political figures in the country for over six decades, working their way up from worker’s union positions, through parliament, and on to the presidency. Jagan became the President of Guyana in 1992, remaining in the position until his death in 1997. He is regarded in Guyana as “the father of the nation” to this day.

Hassan Rouhani
Political Leaders #2463
Presidents #370
Leaders #3259
Continue Reading Below
22nd March In History
DID WE MISS SOMEONE?
CLICK HERE AND TELL US
WE'LL MAKE SURE
THEY'RE HERE A.S.A.P
Quick Facts

Howard University
Northwestern University
Male Leaders
Aries Leaders
Childhood & Early Life
He was born on March 22, 1918, on Plantation Port Mourant, British Guiana (now called Guyana). His father was the plantation foreman, and both of his parents were of Indian ancestry.
He received formal education at his father’s insistence. At the age of 15, he enrolled in Queen’s College secondary school in the nation’s capital, Georgetown.
He was unable to find work after high school, prompting him to move to the United States and study dentistry at the age of 18.
He studied at Howard University in Washington, D.C., from 1935 to 1937, taking pre-dental courses.
He attended Northwestern University in Chicago’s dentistry program from 1938 to 1942, before returning to Guyana in October of 1943.
Continue Reading Below
You May Like

The Best Black Actresses Of All Time
Career
He started practicing dentistry in Georgetown, Guyana in 1943. It was here he first began to make political contacts.
In 1945, he took his first step into politics, as treasurer of a workers union. He did not keep the position for long as he was removed after he objected to some of the union’s practices.
In 1947, he was elected to the British Guianan legislature, in the first election since World War II.
In 1950, he and his wife formed the People’s Progressive Party (PPP), Guyana’s first modern political party, with Jagan as its leader.
He became the nation’s first Prime Minister in 1953, under the new British-granted constitution. He was removed from office later the same year, after pushing for radical socioeconomic reforms. The British suspended the constitution and chose an interim government.
In 1957 elections, Jagan's Party PPP emerged as the winner and he became the minister of trade abd industry. In his new role he pursued moderate policies of socioeconomic reform.
In 1961, he was once again elected Prime Minister of Guyana, with the PPP winning by a slim margin of only 54%.
He continued to push for socialist government in Guyana, leading to rioting during his second term as Prime Minister and British troops being stationed in Guyana once again, from 1961–1964.
Jagan’s party PPP lost the subsequent general election in 1964. However, he continued his involvement in politics. He served as the leader of the opposition and became the PPP’s general secretary in 1970.
Continue Reading Below
After sitting in the opposition for 28 years, PPP won the 1992 elections and Jagan became the president of Guyana. He remained in power until his death in 1997.
Major Works
He is known for his contribution in liberating Guyana from British colonization and in establishing democracy.
He created the first major political party in Guyana’s history, the People’s Progressive Party (PPP).
He authored several books; these include: 'Forbidden Freedom: The Story of British Guiana' (1954), 'The West On Trial: My Fight for Guyana's Freedom' (1966), 'The Caribbean Revolution' (1979) and 'The Caribbean: Whose Backyard?' (1984).
Awards & Achievements
He was twice elected as the Prime Minister of Guyana, in 1953 and in 1961, respectively.
In 1992, he became the President of Guyana.
Personal Life & Legacy
He married Janet Rosenberg, an American, in August 1943, while living in Chicago. She returned to Guyana with him, where she worked as his dental assistant, and was later heavily involved in his political activities.
He and his wife have two children, Nadira and Cheddi Jr, and five grandchildren
He suffered a heart attack on February 15, 1997, and was flown to Walter Reed Army Medical Center in Washington, D.C., where he underwent heart surgery.
He died in Washington, D. C., on March 6, 1997, as a result of his previous heart attack.
The national airport of Guyana, The Cheddi Jagan International Airport, located near Georgetown, is named for him.
Trivia
Before studying dentistry, he first considered becoming a teacher. However, teachers at that time in British Guiana were required to be Christians, and he was unwilling to abandon his Hindu faith.
It was while studying dentistry in the United States that he first became interested in political science. In addition to his degree in Dental Surgery, he also received a Bachelor’s degree in Political Science from Northwestern University.
You May Like

See the events in life of Cheddi Jagan in Chronological Order 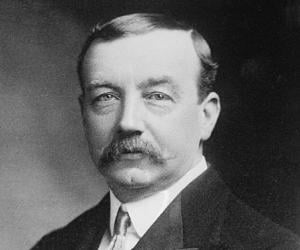