Bianca Jagger Bianca Jagger is a Nicaraguan social and human rights activist and a former actor. Born and raised in Managua, Nicaragua, she was highly influenced by eastern philosophy during her formative years. She was also inspired by Mahatma Gandhi’s ‘Non-Violence Movement’ that became popular in the era of British India. She has traveled extensively across India. She came to prominence in the early 1970s, as the wife of ‘The Rolling Stones’ singer Mick Jagger. She made her TV debut in 1972, with a documentary based on the band, titled ‘Cocksucker Blues.’ She made her full-fledged TV debut in 1978, with a supporting role in the TV film ‘The Rutles: All You Need is Cash.’ She then appeared in supporting and guest roles in series such as ‘Street Hawk,’ ‘Miami Vice,’ and ‘The Colbys.’ However, she did not find acting too lucrative and thus turned into a full-time activist. She has founded the ‘Bianca Jagger Human Rights Foundation’ and has traveled to many countries to fight human rights violations. She has also been associated with organizations such as the ‘International Union for Conservation of Nature’ and the ‘World Future Council.’ She has been awarded with many honors around the globe for her humanitarian deeds. Pia Zadora
DID WE MISS SOMEONE?
CLICK HERE AND TELL US
WE'LL MAKE SURE
THEY'RE HERE A.S.A.P
Quick Facts

Nicaraguan People
Taurus Actresses
Women Activists
Actresses Who Are In Their 70s
Women Human Rights Activists
Childhood & Early Life
Bianca Jagger was born Blanca Pérez-Mora Macías, on May 2, 1945, in Managua, Nicaragua, to Dora Marcias Somarriba and Carlos Perez-Mora. Her father was an export–import merchant, while her mother was a homemaker. Bianca grew up with her two siblings.
Her parents divorced when she was 10 years old. It was a big blow to her and her family. Her mother won the custody of all three children and started working a low-income job to sustain her family.
The Nicaraguan society at that time was very conservative and backward. It did not treat divorced and independent women with kindness. They were subjected to discrimination. Bianca’s mother had to go through a lot of trouble to survive. This left a strong impact on Bianca while she was in her teenage years.
She was academically good and secured decent grades in school. She wanted to study abroad but fell short of the financial aid required to do so. One of her uncles was the Nicaraguan ambassador in France. From him, she came to know about a scholarship program for students from developed countries, run by the French government. She got enrolled at the ‘Paris Institute of Political Studies’ and studied political science there.
While in college, she became politically conscious. She conducted in-depth studies on many political movements around the world. One of the men she was most influenced by was Mahatma Gandhi. She also traveled to India many times.
Continue Reading Below
Acting Career
Aspiring to become an actor, she made her debut through a documentary titled ‘Cocksucker Blues’ in 1972. It was based on the popular band ‘The Rolling Stones.’ Her husband at that time, Mick Jagger, was the lead singer of the band. The film was based on the band’s North American tour of 1972. Bianca had accompanied them on the tour.
In 1975, she auditioned for a role in the British film titled ‘Trick or Treat’ and bagged the role. Hers was the lead role in the film. She played a lesbian. However, the film was never released.
She finally made her acting debut as one of the key characters in the Dennis Hopper-starrer film ‘Flesh Color.’ The same year, she appeared in a mockumentary film titled ‘The Rutles: All You Need is Cash,’ playing the supporting role of ‘Martini McQuickly.’
She then appeared in a lead role in the 1980 film titled ‘The American Success Company.’ The film was a critical success and an average box-office success.
By the time she entered the 1980s, her interest in films had waned significantly. She began to focus more on social activism. During the decade, she appeared in guest roles in series such as ‘The Colbys,’ ‘Hotel,’ ‘Miami Vice,’ and ‘Street Hawk.’
Career in Activism
Nicaragua was hit by a destructive earthquake in 1972. Bianca was in the US at that time. More than 10,000 people were killed in the disaster, and Bianca was upset for her family. The Nicaraguan government was involved in a lot of corruption, which prevented the affected people from receiving help. This was more upsetting for Bianca and left her in a state of self-realization. She thus began her journey in human and social rights activism.
In 1981, she volunteered to participate in the US mission in Honduras. Terrorists from El Salvador had entered a ‘United Nations’ (UN) camp and had kidnapped 40 refugees. Bianca, along with fellow members of the delegation from the US, had then chased the terrorists away. Following their warnings, the terrorists had eventually released the refugees.
In the early 1990s, Bianca visited the war-torn Bosnia and did exceptional humanitarian work there, evacuating 22 children. She also brought an 8-year-old boy to the US, offered him treatment for his heart ailment, and kept him with her for a year.
In addition, she has been part of many fact-finding missions in India, Pakistan, Iraq, Israel, and other developing countries.
Continue Reading Below
She has also spoken on behalf of indigenous people in Latin America and has worked toward the conservation of natural rainforests in countries such as Brazil.
In 1996, she raised her voice against the death penalty in the US. She was awarded with the ‘Abolitionist of the Year’ award when she succeeded in her humanitarian endeavors. She was also awarded with the ‘Champion of Justice Award’ for the same cause.
In recognition of her efforts toward the abolishment of the death penalty in the US, Bianca was invited by the ‘Council of Europe’ and was appointed as the ‘Goodwill Ambassador.’
In the mid-2000s, she participated in the fight against the deforestation of the Ecuadorian Amazon. She raised her voice against the oil spillage in the area that had contaminated the natural resources that the indigenous people depended on.
In 2004, she was awarded with the ‘World Achievement Award’ by former Russian President Mikhail Gorbachev for her work toward human rights, social and economic justice, and environmental causes.
Currently, she works as a member of the ‘Advisory Committee’ of ‘Human Rights Watch- America.’ She also also serves as a member of the ‘Advisory Board’ of the ‘Coalition for International Justice.’ From 2007 to 2009, she was the active chairperson of ‘The World Future Council.’
Additionally, she also writes articles for ‘The New York Times,’ ‘The Washington Post,’ the ‘Miami Herald,’ and ‘The Guardian,’ among many other leading newspaper publications and magazines.
Family & Personal Life
Bianca Jagger met ‘The Rolling Stones’ lead singer Mick Jagger in 1970 at a party after a concert. They started dating soon. In 1971, Bianca announced she was pregnant with Mick’s baby. The couple married in France in May 1971. Bianca gave birth to a daughter named Jade in October the same year.
In May 1978, however, they got divorced. Bianca had then claimed that Mick was a serial adulterer.
She has been lifelong friends with artist Andy Warhol.
Bianca carries both Nicaraguan and British passports.

See the events in life of Bianca Jagger in Chronological Order 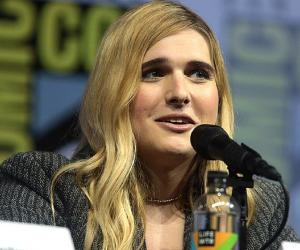 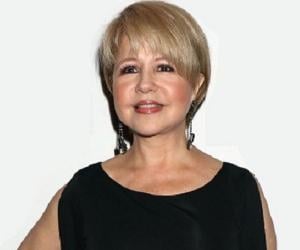 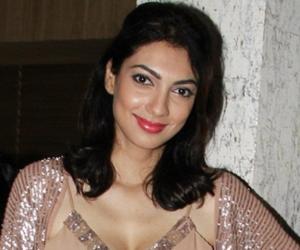