Shirin Ebadi is an Iranian lawyer and human rights activist who was awarded the Nobel Peace Prize for her stellar work in the realm of democracy and human rights. Born into an educated Muslim family in Iran, Ebadi, after completing her school education, went on to earn a law degree from the University of Tehran. Thereafter, she passed the qualification exams to become a judge and pursued a doctorate’s degree in law, becoming the first woman president of the Tehran city court in 1975. After serving for several years at the post, Ebadi was forced to resign after the 1979 revolution and was not permitted to practice law until 1993. During the period, she wrote books and published articles in Iranian journals, emerging as a prolific supporter for the rights of women and children. Since resuming her law practice, Ebadi she took up a number controversial political and social cases and exposed government officials; as a result, she has faced imprisonment on frequent occasions. Ebadi also campaigned for peaceful solutions to serious social problems and fought for a new interpretation of Islamic law which is in agreement with vital human rights. Founder and leader of several leading associations for children and women’s rights, Ebadi received the Nobel Peace Prize in 2003 for her groundbreaking efforts to promote democracy and human rights. A profound supporter of women and children’s struggles for equal rights, Ebadi continues to work as an earnest lawyer and a devoted human rights activist. Iranian People
Iranian Women
Women Activists
Iranian Activists
Women Lawyers & Judges
Childhood & Early Life
Shirin Ebadi was born on June 21, 1947, in Hamedan, in northwestern Iran, into an educated Muslim family. Her father, Mohammad Ali Ebadi, was as a professor of commercial law. She had a sister, Noushin, and the family moved to Tehran when Ebadi was a year old.
Ebadi received her early education from Firuzkuhi primary school, and later attended Anoshiravn Dadgar and Reza Shah Kabir secondary schools. In 1965, she was enrolled at the Faculty of Law in the University of Tehran.
Upon completing her graduation, she qualified her entrance exam to become a judge and in March 1969, Ebadi became one of the first women judges in Iran. Subsequently, she also earned her doctorate in private law from the Tehran University in 1971.
Continue Reading Below
You May Like

The Sexiest Men Of 2020, Ranked
Career
From 1975 to 1979, she served as the first woman president of the Tehran city court but following the 1979 revolution and the establishment of an Islamic republic, Ebadi was demoted to a clerical post at the court.
Along with other female judges, Ebadi raised her voice against this act, forcing the authorities to give them higher roles at the Department of Justice but women were still not allowed to serve as judges. Thus, Ebadi took an early retirement and decided to practice law but was denied a lawyer’s license for a long time until 1992.
While waiting for the approval of her attorney's license, she started teaching a human rights training courses at the University of Tehran. In addition to it, she also wrote books and published some articles in Iranian journals during the time.
In 1992, upon finally obtaining a license, she began practicing law and became an advocate for civil rights. Thereafter, she took up many controversial political and social cases such as representing the mother of Arin Golshani, a girl who was tortured and killed under her father's custody. Subsequently, Ebadi also represented the families of serial murder victims as well as the mother of a murdered photojournalist.
In 1999, she presented evidence against the government officials in the case of murders of students at the Tehran University, for which Ebadi faced imprisonment for three weeks. She has also defended various other cases dealing with child abuse and prohibitions of periodicals.
She has also founded two non-profit organizations in Iran: the ‘Association for Support of Children's Rights’ in 1995, and the ‘Human Rights Defense Center’ in 2001.
In 2003, Ebadi was conferred the Nobel Peace Prize for her work in promoting democracy and human rights, becoming the first Iranian woman to receive the honor.
Ebadi has published a number of books on the subject of human rights including ‘History and Documentation of Human Rights in Iran’ (2000), and ‘The Rights of Women’ (2002). In 2006, she published ‘Iran Awakening: From Prison to Peace Prize, One Woman’s Struggle at the Crossroads’ (2006), reflecting her own experiences.
Major Works
In 1975, Ebadi became the president of Bench 24 of Tehran's City Court, the first woman in the history of the Iran to achieve this distinction. Later, upon obtaining her private attorney’s license, she started taking up human rights cases, fighting against the system for the deprived, especially women and children.
As a human rights activist, Ebadi has served as a devoted campaigner for peaceful solutions to social problems and strengthening the legal status of children and women. She has played a major role in empowering woman as well as protecting children rights across the globe.
Awards & Achievements
In 2003, Shirin Ebadi received the Nobel Prize for Peace for her pioneering efforts to promote democracy and human rights, especially those of women and children in Iran.
In 2004, Ebadi was conferred the International Democracy Award and was also presented the Lawyer of the Year award.
In 2006, she received the National Order of the Legion of Honour, the highest decoration bestowed by the France government.
She has received numerous honorary doctorates from universities around the world including the University of Maryland, University of Toronto, University of San Francisco, and the University of Cambridge.
Personal Life & Legacy
In 1975, she married Javsd Tavassolian, an electrical engineer. The couple has two daughters, Nargess and Negar.
You May Like

See the events in life of Shirin Ebadi in Chronological Order 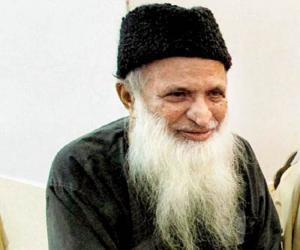